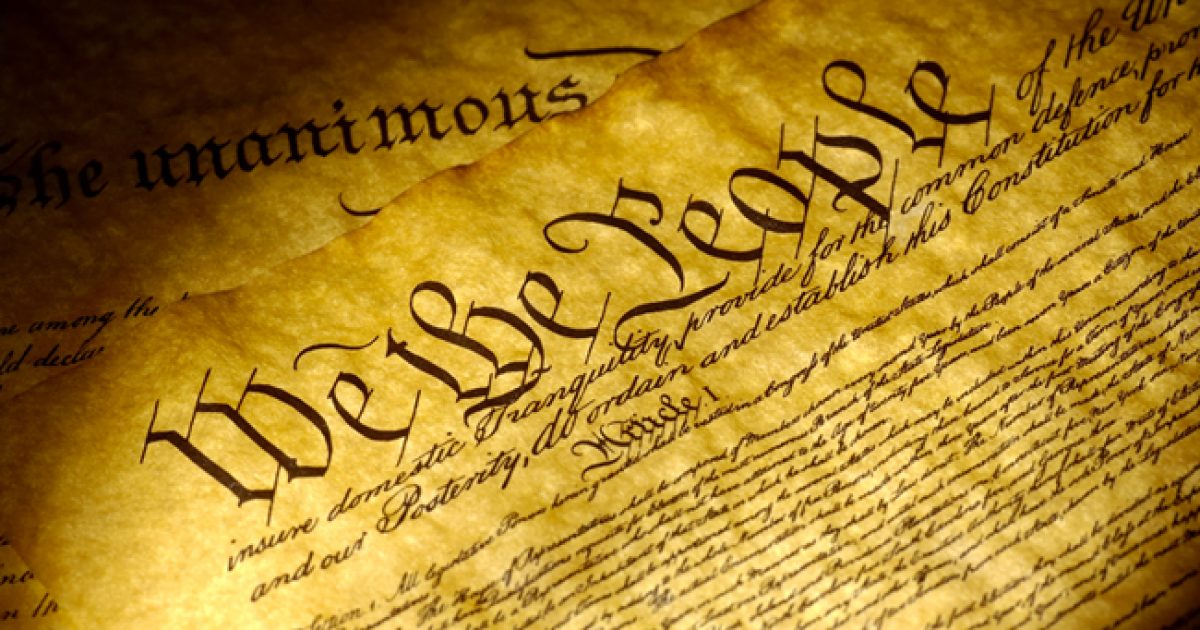 Instead of reading our Constitution and seeing what it says, Americans get their legal advice from what “everybody says”.

Now, they are hearing about “emergency powers”, and are in a tail spin. Did Congress’ “Emergency Powers Act” delegate to the President the power to call whatever he wants an “emergency” & then do what he deems best?

Our focus shouldn’t be on what can be called an “emergency”; but what does our Constitution authorize the federal government to do (if anything) with respect to the hot topic of the day?

Let’s look at Migration (immigration) in the context of the hordes of aliens storming thru our Southern Border. What does our Constitution say about it?

Art. I, § 9, clause 1, delegates power over Migration (immigration) to Congress. So Congress is to make the immigration laws; & the President, as Chief Executive, is to put Congress’ laws into effect.

Art. IV, § 4 REQUIRES the United States to protect each of the States against Invasion.

Art. I, § 8, clauses 15 & 16, authorize the calling up of the Militia for 3 purposes: to execute the Laws of the Union; to suppress Insurrections; and repel Invasions.

Art. II, § 3 authorizes the President to recommend to Congress such measures as he deems necessary and expedient; to convene Congress on extraordinary occasions; and requires him to take care that the laws be faithfully executed (that includes the immigration laws.)

So those are the Constitutional Provisions which apply to the invasion of our Southern Border.

The best way the control the Southern Border is to build a wall. [I know from personal observation during the Cold War that the wall the Soviets built between East & West Germany prevented people in the East from escaping to the West.]

What if Congress refuses to fund the wall? Must the President tell the American People, “Well, I tried. But my hands are tied. You better get ready for civil war.”

No! Art. IV, § 4 imposes on the United States the Duty to protect each of the States against invasion. If Congress won’t do it, the President must. He is Chief Executive of the United States. For him to refuse to act for the reason that Congress won’t fund the wall would be as contemptible as the Husband and Father who refuses to get armed to protect his Family because the government says he can’t be armed.

So, the President may solicit donations from the American People for funds, labor, and construction materials, to build a wall.

About “calling up the Militia” to “repel invasions”

During 1903, the American People and their federal and state legislators (who had all “mainlined” on Progressivism) went along with the federalizing of the Militia. This was done with the grotesquely unconstitutional federal Dick Act of 1903. ¹ That unlawfully converted the Militia into the National Guard, which is an adjunct of the federal military.

If we still had the “Militia of the several States”, it would be obvious that the Militia must be  – and could be – called into national service to repel the “invasion” coming through our Southern Border.

But since we no longer have the Militia, we must rely on the closest thing to a Militia we have left: The National Guard.  Congress has passed a law which authorizes the President to call the National Guard into national service. When I get time, I’ll locate it and link to it – but the President probably has authority to call up the National Guard to protect our Southern Border and the construction workers while the Wall is being built.

But if Push comes to Shove, the President has the Clear Duty to protect our Southern Border and to “preserve, protect and defend the Constitution of the United States”.

There is no substitute for reading the Constitution for yourself. Article by Article – and then seeing how the Articles all work together – hand in glove. It really was a 6,000 year miracle.

¹ The Dick Act was unconstitutional – as well as malignant – because it converted the Militia [which was controlled by the States unless called into federal service for one of the three stated purposes] into an entity which is controlled by the federal government.  That the Dick Act passed shows that Americans of 100 years ago were also ignorant, short-sighted, and foolish.