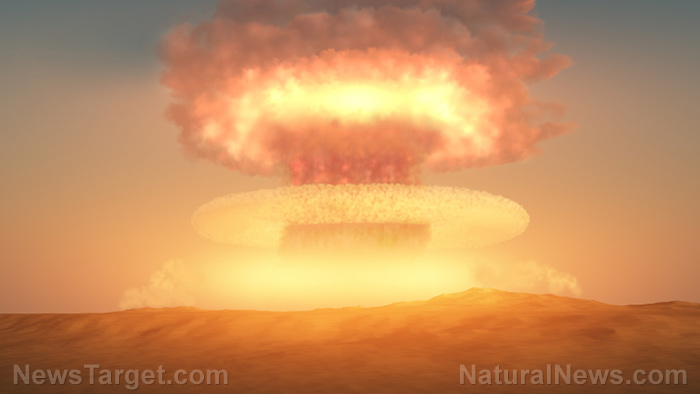 (Natural News) How does that saying go again? There are only two things certain in life: death and taxes. Perhaps a little morbid to think about, but the IRS definitely doesn’t think so. It will take more than your (potential) death to save you from your obligation to pay your taxes. Yes, you’ve read that right: the IRS has made contingency plans to collect its due even after a nuclear war. The Internal Revenue Manual, first published in 1982 and regularly updated, states unequivocally that if a nuclear bomb is dropped, “operations will be concentrated on collecting the taxes which will produce the greater revenue yield.”

These deliciously ticklish phrases are all part of the beautiful section called the “National Emergency Operations” which was added to the manual after the government figured that most people would be unwilling to pay their taxes after they’ve survived a nuclear attack. This would, naturally, be unacceptable. Regardless of whether a person has a home, clothes, food (or hey, even skin, considering a nuclear attack could melt a few parts of your body), people should pay their taxes. The updated manual found on the IRS website lists its continuity requirements, detailing that “the IRS must be capable of continuing the performance of its mission-essential functions during any emergency for a period up to 30 days…[they must also] have the capability to be fully operational at its continuity facilities as soon as possible after the occurrence of an emergency, but not later than 12 hours after continuity operations activation.”

The initial 1982 draft was first reported by Washington Post, in which a rather harsh collection plan was described. “The ‘design’s’ first concern is to perpetuate the Individual Income Tax system by securing the records on the basis of which taxes are determined. Taxes owed by those who are annihilated will be assessed as best as they can be,” reads the article. “The Treasure ‘design’ does not make public its plans for the safety and survival of IRS agents. Possibly the agents may be lost, but in the short run — for five or six months after the attack — the computers, in some safe place, will continue the essential work of the IRS.” The author of this article even detailed how our government would still continue collecting taxes even if the tax system was completely destroyed — going as far as to suggest a 20 percent sales tax on all goods and services.

Maybe it did sound a little insensitive, who knows, but the IRS decided to edit that statement in 1989 with a more curated article in NY Times. In this article, the manual supposedly carried the provision that “the agency would expect to resume assessing and collecting taxes…many employees might find themselves reassigned to carry out essential functions ‘regardless of and without any effect on the current positions or grades of the employee.’”

So, how exactly will this work? The new updated version of the manual still underscores the necessity of the collection of taxes even in the aftermath of large-scale disaster such as a nuclear emergency. There are no clauses that provide for an additional sales tax, but one thing is certainly clear: You need to pay up regardless.

Don’t just take our word for it. Keep yourself informed with NewsTarget.com.