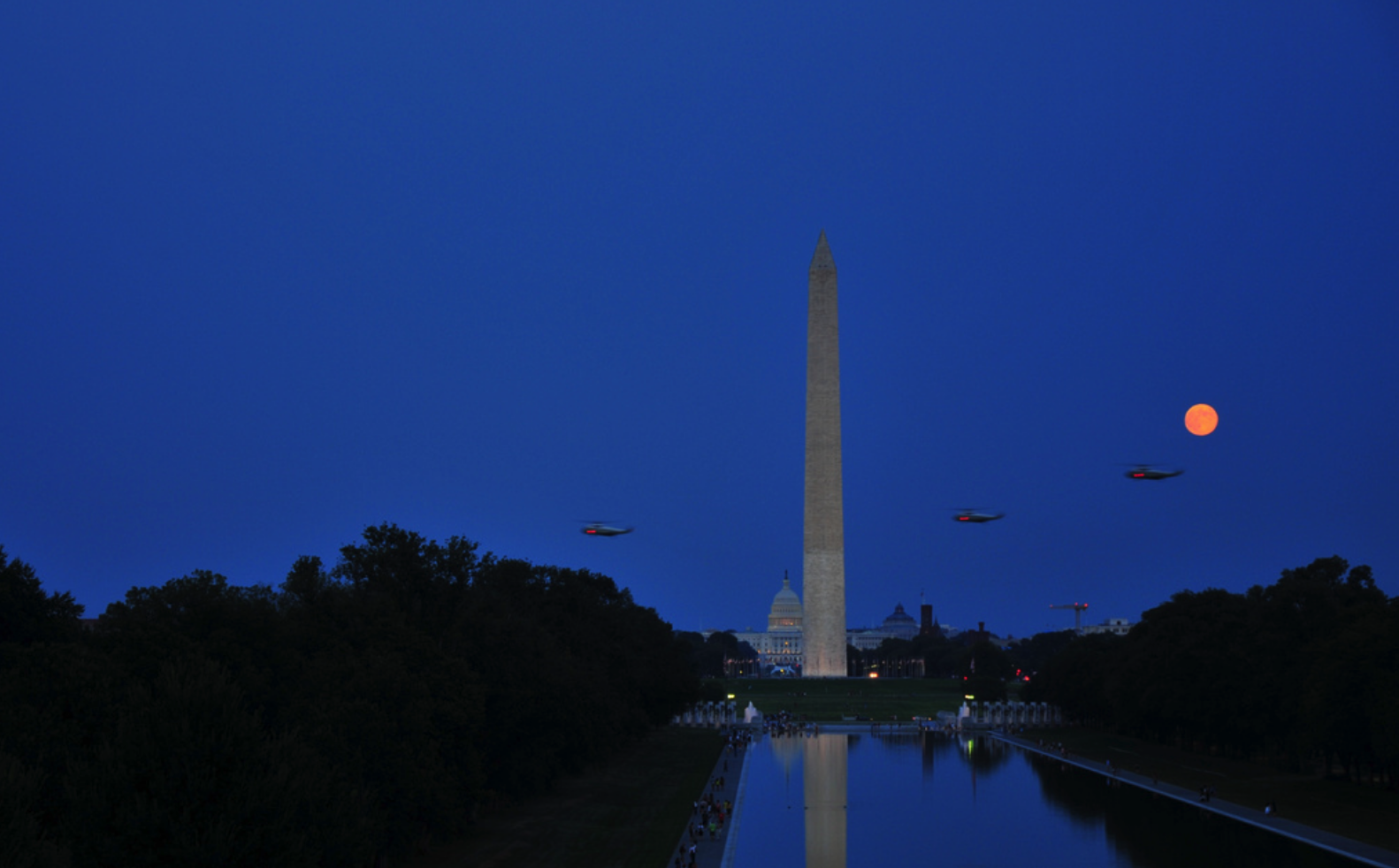 Could it be possible that a “harbinger of doom” is about to cross directly over Washington D.C. on Sunday night?  Some people seem to think so, and they are pointing to passages in the Bible such as the one where Jesus warns that there will be “signs in the sun, and in the moon, and in the stars“ during the end times.  I am sure that there will be a lot of debate about this all over America as the weekend progresses, but what we do know is that the eyes of the world are on Donald Trump right now, and a “super blood wolf moon” will cross directly over his house on Sunday night.  But it isn’t just any ordinary night.  It turns out that this will happen on exactly the second anniversary of Trump’s inauguration.  Over the past several years there have been a number of very strange “coincidences” surrounding Donald Trump, and now this is one of the strangest of all.  Could it be possible that someone is trying to tell us something?

On the other side of the planet, this eclipse won’t be visible.  For example, nobody in China will get a glimpse of it at all.  But it just so happens that this “super blood wolf moon” will be visible from every U.S. state…

The lunar eclipse will be visible at the end of this month, as the Moon is coated in a foreboding red hue. This year’s eclipse is a particularly rare type of blood moon, known as a Super Blood Wolf Moon. The occasion is often marked with fear for many, having formerly been regarded as a sign of the end times. There will be few areas which escape the scarlet satellite, including the USA, where every state will catch a glimpse.

A “super blood wolf moon” is quite rare, and the next one will not happen for many years.  If you are not familiar with this term, it basically means that three lunar events are happening simultaneously…

“Super Moon” – a full moon that appears bigger than normal because it’s at its closest point to Earth during its orbit.

“Wolf Moon” – a Native American term used to describe the first full moon of the year.

“Blood Moon” – the moon appears to be reddish in color during a total lunar eclipse as the sun, Earth and moon all line up.

On Sunday night, the moon will be much bigger and brighter than normal, and during the eclipse it will appear to be blood red.

And according to the Express, it will be visible in Washington D.C. for a total of 5 hours and 12 minutes…

But just because this event is strange, does that mean that it has to have some sort of special significance?

Not necessarily, but many spiritual leaders are warning us to be watchful.

For example, this is what Pastor Mark Biltz is saying…

“Trump was born on the night of June 14, 1946, within 15 minutes of a total lunar eclipse and 700 days before the state of Israel was established,” Biltz said. “When he was sworn in as president on Jan. 20, 2017, he was 70 years old, seven months and seven days. Also, very significantly, the super blood moon also falls on the Jewish holiday of Tu B’Shevat. Even more significant is the fact that there was another blood moon on Tu B’Shevat last year. Last year, the blood moon was seen over the Middle East, and this year, will be seen over the U.S.”

Biltz said that from a biblical standpoint, having two blood moons on the same biblical holiday two years in a row is very significant.

And in a Charisma News article about this eclipse, Rabbi Fish is warning that we are entering a time of “great human suffering”…

“This is the period we are entering now,” Rabbi Fish stated baldly, emphasizing that the Western nations are about to enter an extremely challenging era. “There will be great tragedies that will bring down governments and great human suffering. Only by doing God’s will can tragedies be avoided or lessened.”

Lastly, Pastor Paul Begley is boldly proclaiming that now is a time for urgency…

During an online sermon, the preacher said: “Obviously these apocalyptic signs in the heavens are pointing to a catastrophic event that is just on the horizon.

“We don’t know when – just because you’re going to have a Super Blood Moon on January 20 and January 21, doesn’t mean on January 22 all hell’s going to break loose.

“But then again it doesn’t mean it won’t, ok, so there’s these signs that are starting to be revealed.

Whether Sunday night’s “super blood wolf moon” ultimately means anything or not, the truth is that we certainly have entered apocalyptic times and 2019 is certainly shaping up to be a very troubled year.  We are in the midst of the longest government shutdown ever, the two largest economies on the entire planet are engaged in a trade war, the global economy is steamrolling toward a recession, anger and frustration are rising to dangerous levels in our society, very strange and unusual signs are happening all over the world, and the crust of our planet is being shaken by one large seismic event after another.

Global events are starting to accelerate, and it looks like 2019 is going to be quite a chaotic year.  So whatever you may believe about Sunday night’s “super blood wolf moon”, the truth is that we all need to get ready for tough times ahead.