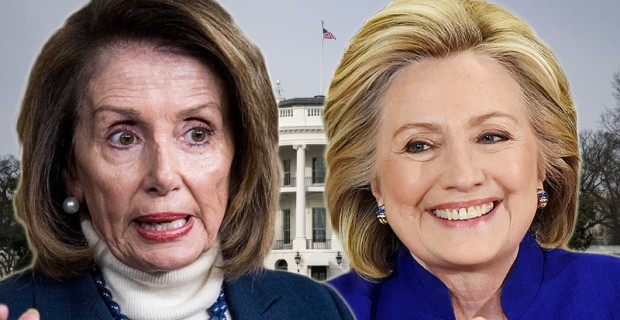 Political strategist Roger Stone says that the deep state is planning to remove both President Trump and VP Mike Pence from office so that they can install Nancy Pelosi as President as part of a coup that will eventually see Hillary Clinton return as President.

“The deep state seeks to fabricate some misdeed by the Trump campaign that is sold as Russian collusion,” said Stone.

“That way they can remove both Donald Trump and Vice President Mike Pence, paving the way for Nancy Pelosi to become president.”

“Pelosi will then appoint Hillary Clinton to the vacant Vice Presidency after which Pelosi would resign as president allowing Hillary to take the White House which alluded her grasp in 2016.”

Trump and Pelosi are currently locked in a stand off over the government shut down.

Thursday, Trump pulled a power move by blocking Pelosi’s trip to Brussels and Afghanistan by halting her use of military aircraft.

This followed Pelosi’s demand that Trump postpone his State of the Union address – scheduled for January 29 – or simply put it in writing.