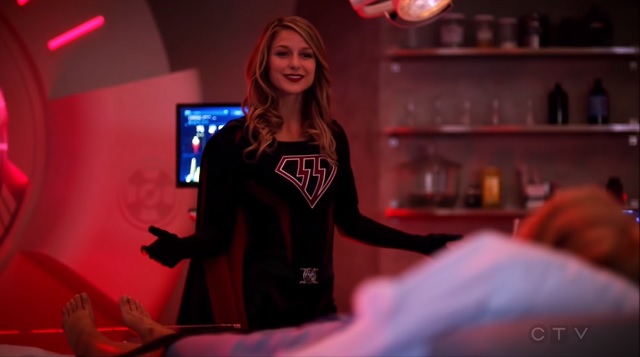 This is what Hollywood pervs are injecting into the minds of young girls across America.

YouTuber Rubycalaber made a series of compilation videos titled “Supergirl Superfeminist Supercut” a little while ago highlighting the show’s insane propaganda. His latest video, “Return Of The Gun Control,” appears to have just recently went viral.

The producer of the show, Andrew Kreisenberg, got #MeTooed in late 2017 after 19 women accused him of sexual harassment. The other producers are both homosexual activists.

It’s easy for us news junkies to think MSNBC or the big three’s nightly news broadcasts are as bad as it gets but the truth is most TV shows are around a thousand times worse because they know viewers do not watch them with a skeptical eye (and they target children and child-like adults).