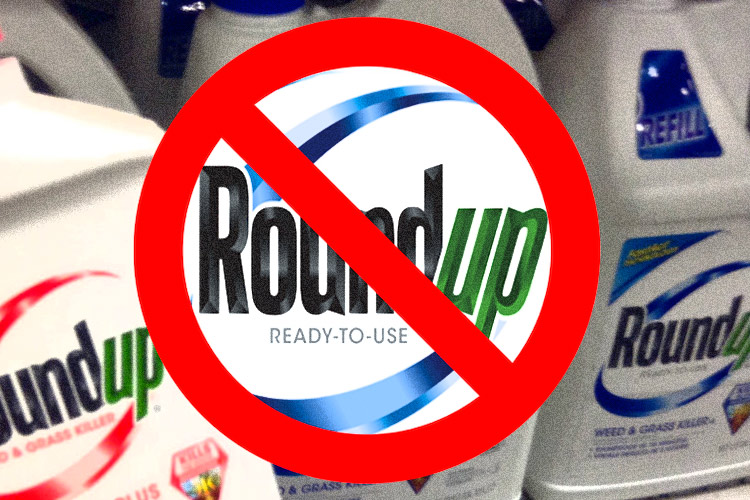 It’s been said that voting with your dollars is the most effective way of creating change in this consumer/capitalist culture, and after years of petitioning major retailers to stop selling products that contain Monsanto’s toxic glyphosate herbicide it appears that Costco may be the first major store to remove this product from its shelves.

The use of glyphosate, which is the active ingredient in Monsanto’s Roundup, has skyrocketed around the globe in spite of research outlining the harmful effects of this herbicide, including liver disease and cancer.

This is big news because in addition to the industrial use of glyphosate, the retail sale of glyphosate direct to consumers for use on home lawns and gardens is also a huge business.

“According to a 2015 article in National Geographic, Roundup is the second-best-selling herbicide in the U.S. for home lawn and garden use. Under a lucrative contract with Monsanto, Scotts Miracle-Gro owns the exclusive right to market Roundup in North America and much of Europe. Scotts distributes about $154 million worth (5.5 percent of the company’s total sales) of Roundup each year to retail giants, including Amazon, Home Depot and Walmart.

The Scotts deal with Monsanto would be a lot less lucrative if Amazon, Home Depot and Walmart took Monsanto’s poison off their shelves—something retailers in other countries have already done.” [Source]

The fact that retailers, or anyone, is having a difficult time deciding whether or not to sell this poison is quite absurd considering the ever-growing body of evidence showing how dangerous this stuff is. Just recently, plaintiff DeWayne Johnson was awarded a jaw-dropping settlement of $289 million dollars after a California jury found that his terminal cancer was the direct result of exposure to glyphosate.

Here, mainstream media reports on this, showing just how controversial and potentially harmful glyphosate is.

According to activist Zen Honeycutt of Moms Across America, Costco has decided to stop selling Roundup and related products at its stores, although there is not yet an official statement from Costco yet.

“While she has reportedly not received any official word yet from Costco, she stated that she has talked to various people at the headquarters and various regional offices to confirm this news.

Honeycutt stated that based on the recent lawsuit against Monsanto in 2018, where a jury awarded damages to a man with terminal cancer resulting from exposure to glyphosate, Costco had decided to stop carrying the product.

Moms Across America also sponsored a petition on Change.org that received over 89,000 signatures asking Costco, Lowes, and Home Depot to stop selling Roundup.”

She can be seen explaining this in the following video:

As noted by concerned activists, it would be a major victory to now get home and garden retailers Lowe’s and Home Depot to follow suit. You can participate by contacting them and urging them to get on board and throw Monsanto overboard.

To help Lowe’s and Home Depot make the same decision, they may need some help. If you have the time, give them a call and ask them- politely- to stop selling the carcinogenic, endocrine disrupting, and dangerous weedkiller.1 (Keep in mind, once the big box retailers stop, generally, the smaller sellers do as well.) And at the same time, encourage them to offer other weed killing options. (Or maybe even invest in some!)

This article (Costco to be the First Major Retailer to Dump Monsanto’s Roundup and Glyphosate Herbicide from its Shelves) originally created and published by Waking Times and is published here under a Creative Commons license with attribution to Alex Pietrowski and WakingTimes.com.