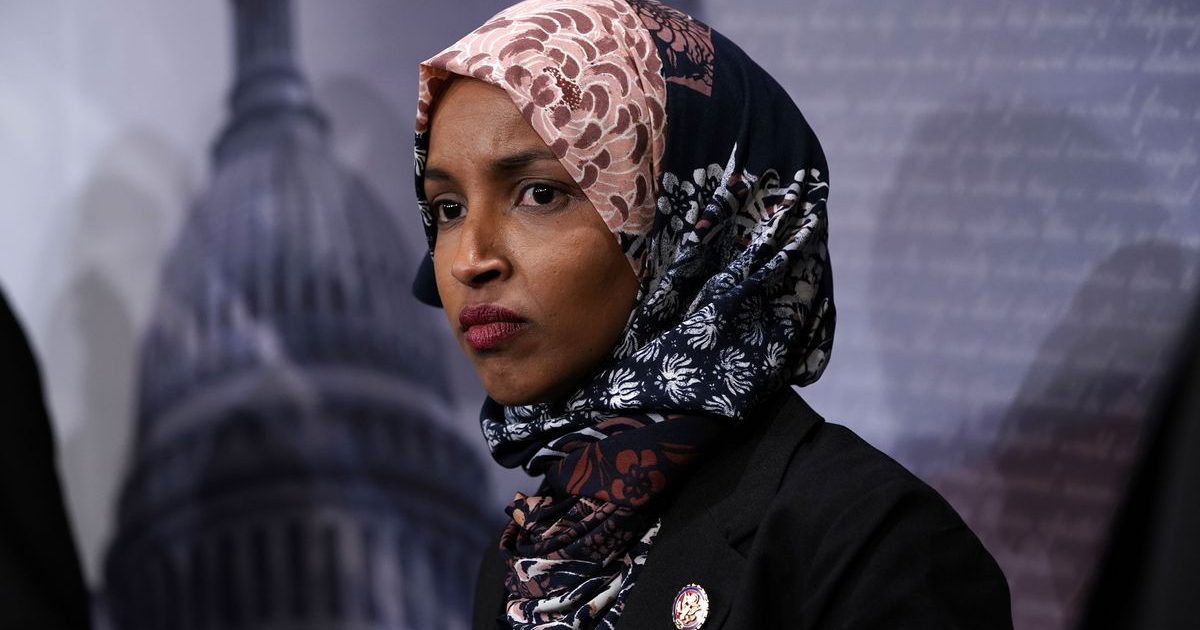 The Washington Examiner reported Thursday that Rep. Ilhan Omar (D-MN), whose open hatred of Jews should have rendered her unelectable to Congress, has instead been rewarded with a plum appointment to the House Foreign Affairs Committee.

This shows the extent to which open anti-Semitism has become mainstream and normalized on the Left today. In fact, it is likely that Omar’s paranoid hatred of Israel, rooted in Islamic anti-Semitism, made her a good candidate for this position in the eyes of Democrat leaders, who have been following a consistent anti-Israel line for years.

“Israel has hypnotized the world,” Omar wrote in a now-infamous weet. “May Allah awaken the people and help them see the evil doings of Israel. #Gaza #Palestine #Israel.”

Trying to explain that tweet, Omar only made matters worse. She told Christiane Amanpour that while her language was “unfortunate,” those were “the only words” she could find to do justice to how she felt about Israel’s defensive action in Gaza in 2012. Then she told Poppy Harlow and Jim Sciutto: “I don’t know how my comments could be offensive to Jewish-Americans.”

The hijabed (and therefore pro-Sharia) Omar was less delicate when she fired back online at a man who challenged the tweet: “Drawing attention to the apartheid Israeli regime is far from hating Jews. You are a hateful sad man, I pray to Allah you get the help you need and find happiness.”

All this is just the tip of the iceberg regarding Ilhan Omar. Adam Kredo reported in the Washington Free Beacon last August that while she was serving in the Minnesota state House, Omar “once voted against a state bill to stop insurance payments to those convicted of terror acts, adding more fuel to accusations the candidate represents a fringe, anti-Israel section of the Democratic Party. Omar, a Muslim Somali-American who has come under fire for her harsh criticism of Israel, was one of just two lawmakers in 2017 who voted against a Minnesota bill to deny life insurance payments to any person convicted of aiding or committing terror acts, according to official vote tallies.”

There is corruption as well. David Steinberg of PJ Media has done extraordinary work in shedding light on aspects of Omar’s record that the establishment media has steadfastly ignored. Steinberg reports that Omar has “faced allegations — soon backed by a remarkable amount of evidence — that she had married her own brother in 2009, and was still legally his wife. They officially divorced in December 2017. The motivation for the marriage remains unclear. However, the totality of the evidence points to possible immigration fraud and student loan fraud.”

What’s more, she swore to apparent falsehoods in court. Steinberg also noted in last August that “Minnesota’s largest newspapers — along with every other mainstream outlet in the country — just whiffed on covering this: Signed, notarized court documents and time-stamped photos showing the Democratic frontrunner for Minnesota’s highest-profile House seat appearing to commit perjury. The common newsroom explanation, often valid, for having passed on a particular story — ‘we couldn’t independently verify it’ — simply does not apply here. The evidence…against Minnesota state Rep. Ilhan Omar (D-60B) consists of nothing but certified court filings and archived social media posts.”

But Leftists rarely have to answer for their corruption, and so in the new Democrat House, Omar is being rewarded rather than censured and investigated. She and her fellow Muslim Congresswoman Rashida Tlaib will also enjoy establishment media accolades as they pursue their hard-Left, anti-American, anti-Israel agenda. Their presence in the House of Representatives may be evidence of “diversity,” but it is also a disquieting sign of the continued dominance of identity politics, and the increasing balkanization of the American body politic. Forthrightly pro-America, pro-Israel candidates would stand little to no chance in either of their districts. And that is indicative of a much larger problem.