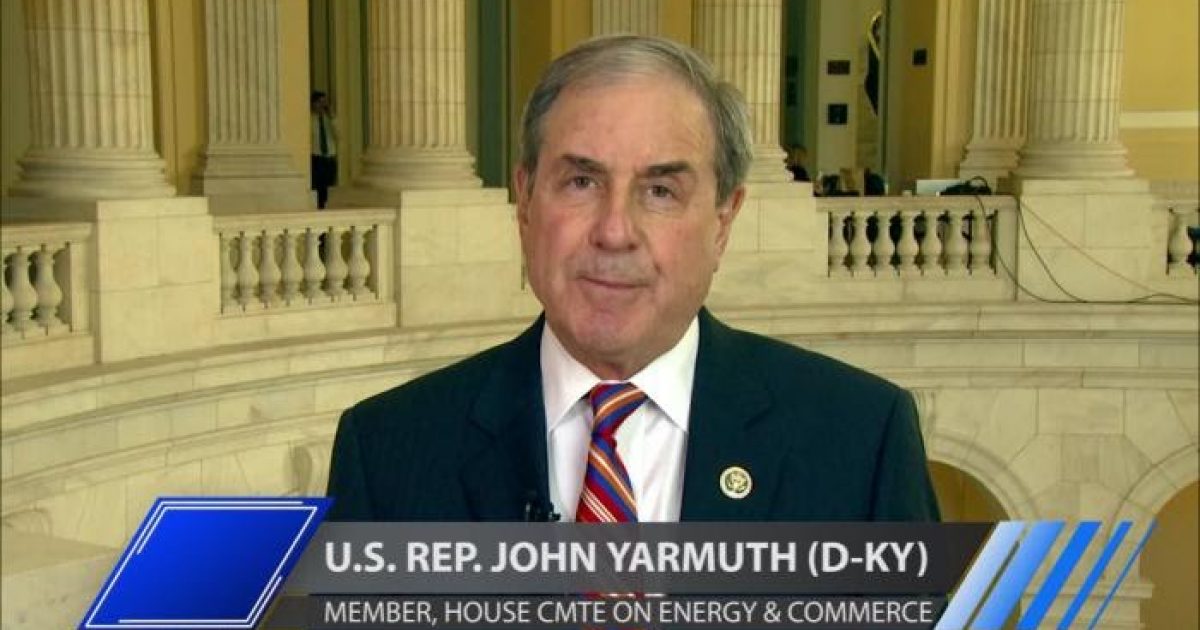 “I am calling for a total and complete shutdown of teenagers wearing MAGA hats until we can figure out what is going on. They seem to be poisoning young minds,” he said without providing any proof of his insane assertion.  “The conduct we saw in this video is beyond appalling, but it didn’t happen in a vacuum. This is a direct result of the racist hatred displayed daily by the President of the United States who, sadly, some mistake for a role model,” he said in another tweet, referring to a report that said a Native American leader was surrounded and taunted by pro-life Covington Catholic students.

I am calling for a total and complete shutdown of teenagers wearing MAGA hats until we can figure out what is going on. They seem to be poisoning young minds. [1/2] https://t.co/yq5bLd4kE2

Yarmuth, by the way, just happens to be the chairman of the House Budget Committee.

Now he wants to dictate what children are allowed to wear just like a good fascist.

Screw you. We are damned determined to MAKE AMERICA GREAT AGAIN> We will wear our hats and shove them in your face. GAME ON!

I'm calling for a total and complete shutdown of uninformed tweeting by Congressmen until they can figure out what's actually going on.

That works for us.  Or better yet, how about a complete ban on Democrats?

I am calling for a total and complete shutdown of your position in our government. You have this grand delusion that you somehow have the power to tell people what they can wear, and my constitution does not allow you to do any such thing.

As for the report Yarmuth referenced, it seems there’s a whole lot more to the story.  Cristina Laila tells us that after reviewing the ENTIRE video, many are now apologizing to the teenagers, admitting they were duped by biased, selectively edited video and fake news.

“No crimes were committed and no one became violent yet the media is piling on the children and calling for them to be severely punished over lies!” she wrote.  And now an elected Democrat wants to dictate what they’re allowed to wear.

I just watched the unedited video of the high school kids at the March – they did nothing wrong, and I correct an earlier tweet

Media made this a top story to wreck lives

After the emergence of additional footage and conversations with the students involved in this incident, I felt compelled to speak on this and correct the record.

Even I, at first, was duped into believing the Left’s narrative on this and assigned blame to the students.

Everyone who took part in the public smearing of those high school kids must now publicly retract and apologize. Pay attention to those who do not take ownership of their mistake. Remember to never take anything they say seriously again.

I apologize to the Covington Catholic boys. What Rod Dreher says of himself goes double for me. I jumped the gun and that was stupid and unjust. It is I, not the boys, who needs to take a lesson from this.

Will Yarmuth take note and follow suit?  We’re not going to hold our breath…

Update:  Yarmuth now claims his call for a ban on teens wearing MAGA hats was just a joke.  Only kool-aid drinkers believe him…

The President’s fans seem far more upset by my (obvious) joke about banning hats than they were when the President said literally the same thing about banning actual human beings. Go figure. pic.twitter.com/v0qAXoyD5N

BS. What you said was no joke. You know it, we all know it and you know that we know it. So why don't you admit you're just another Communist drunk with power who fell for fake news?

Exit question: What’s the difference between Yarmuth and the Communists who ran the former Soviet Union?  A:  Native language.