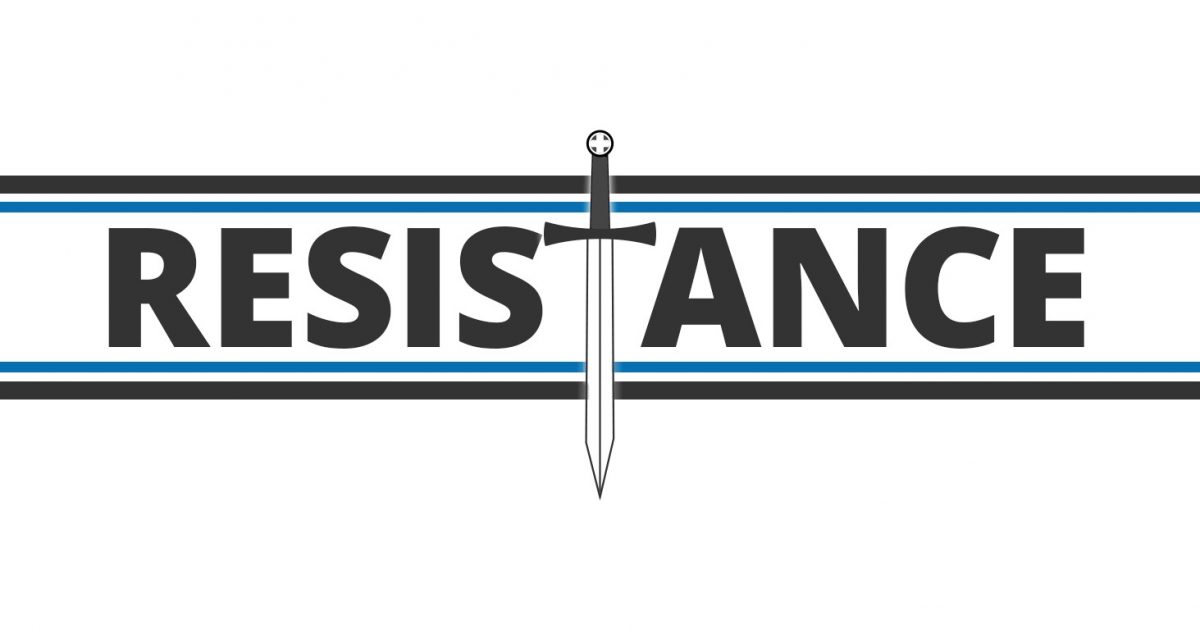 Do you remember in elementary school or in high school when there were mean and unruly kids who were constantly bullying students into submission because they did not go along with them and their rebellious ways? Everyone knew that these bullies were wrong, and yet, within themselves, they were always anticipating when that bully was going to get his (Psalm 94:16).  Of course, for some reason or another, that bully getting his was not going to be from their hands.

We see these same bullies in government and media today. They are through illegal and totalitarian methods attempting to browbeat into submission the American people on a daily basis hoping that no one dares to retaliate.

I have a question for you, where did Diane Feinstein and friends in government who are now quietly introducing a major gun bill derive their delegated authorities?  We know it is not coming from the American people that they are to receive their delegations (1 Kings 13:33)?

“Governments are instituted among Men, deriving their just powers from the consent of the governed…” -Declaration of Independence

Her co-conspirator in subversive and lawless activity, Nancy Pelosi, also said recently that they “will act bodly and decisively” on guns.  I ask, where did she derive delegated authority from “We the people” to enact that which is unlawful? She didn’t! And neither did Diane Feinstein or any other anti-gunner.  Then to whom are they working for?

Today, the American people are being terrorized and are clearly being assailed by a power that is foreign to America and the US Constitution through feigned representation and feigned policy disguised as law.

Attack after attack, coming from those who are there to “ensure your God-given rights.”

In countering these criminals, let’s go to the 2nd Amendment of the Bill of Rights where it states:

“A well regulated Militia, being necessary to the security of a free State, the right of the people to keep and bear Arms, shall not be infringed.”

Our forefathers made clear the very purpose of the 2nd Amendment and the militia.

“Their swords, and every other terrible implement of the soldier, are the birthright of an American. … [T]he unlimited power of the sword is not in the hands of either the federal or state governments, but, where I trust in God it will ever remain, in the hands of the people.” – TencheCoxe, Delegate for Pennsylvania to the Continental Congress, The Pennsylvania Gazette, Feb. 20, 1788.

“Arms in the hands of the citizens may be used at individual discretion for the defense of the country, the overthrow of tyranny or private self-defense.”

“The strongest reason for the people to retain the right to keep and bear arms is, as a last resort, to protect themselves against tyranny in government.”

“When the resolution of enslaving America was formed in Great Britain, the British Parliament was advised by an artful man, who was governor of Pennsylvania, to disarm the people; that it was the best and most effectual way to enslave them; but that they should not do it openly, but weaken them, and let them sink gradually…

“The people have a Right to mass and to bear arms; that a well Regulated militia composed of the Body of the people, trained to arms, is the proper natural and safe defense of a free State. …”

“I ask, who are the militia? They consist now of the whole people. …”

Friends, our forefathers did not arm the American people for the purpose of hunting, but rather to protect themselves from those who were doing the hunting: namely in their time, the tyrant King George.

Look to the present and how these outlaws are attacking your God-given rights to bear arms through their purposed, misconstrued misinterpretations and policies.

They are attempting to strip away your ability to protect you and your family from people such as themselves (Luke 11:21), and if you dare refuse to submit to their tyrannical ways, they then label you as an enemy of the state, when in fact, they are the ones guilty of transgressing constitutional law (1 Kings 18:18).

Fast fact: Tyrant King George labeled our forefathers as terrorists and yet, he was the one responsible for terrorizing.

Terrorism is defined in the Oxford English Dictionary

as “Government by intimidation.”

When pursuing the Declaration of Independence this last week, I recollected that it was our forefathers who were throwing off tyrants that would not be ruled by God. As a matter of fact, three-fourths of that documentation is our forefathers highlighting the usurpations and injuries committed against them by one that was attempting to further enslave them.

“To disarm the people…was the best & most effectual way to enslave them.” -George Mason, Father of the Bill of Rights

Look at some of the sentences found in our Declaration:

“That whenever any Form of Government becomes destructive of these ends, it is the Right of the People to alter or to abolish it, and to institute new Government, laying its foundation on such principles and organizing its powers in such form, as to them shall seem most likely to effect their Safety and Happiness. Prudence, indeed, will dictate that Governments long established should not be changed for light and transient causes; and accordingly, all experience hath shewn that mankind are more disposed to suffer, while evils are sufferable than to right themselves by abolishing the forms to which they are accustomed. But when a long train of abuses and usurpations, pursuing invariably the same Object evinces a design to reduce them under absolute Despotism, it is their right, it is their duty, to throw off such Government, and to provide new Guards for their future security.”

How foreign this is to the average American today, which of course, helps explain why Americans tolerate tyrants in government capacity in all forms (John 8:44).

Doing that which is right and lawful when it comes to today’s politicians is as foreign to them as it was the tyrant King George and his subordinates (Psalm 94:20, Romans 12:21). As a matter of fact, our founding documents fly in the face of (Expose-Luke 12:21), stand in direct contrast in much of what has and is taking place in American government today.

In short, these criminals mean to steal away what your forefathers and veterans have fought bled and died to give Americans on the behalf of their sacrifices (2 Corinthians 5:15).

Our forefathers set forth an example for their posterity to learn from, and their example was clear in exhibition tolerance for tyranny nowhere at no time (Hebrews 13:7). Do you remember friends that during the writing and establishing of our foundations as a nation that there was a revolutionary war going on, so they understood the price being paid for their freedoms.

The US Constitution preamble states:

We the People of the United States, in Order to form a more perfect Union, establish Justice (Jeremiah 9:24), insure domestic Tranquility, provide for the common defence, promote the general Welfare, and secure the Blessings of Liberty to ourselves and our Posterity, do ordain and establish this Constitution for the United States of America.

Note: A message to those who act on the behalf of those who are violating Americans and their God-given rights need to understand that when they do so, they are no longer law enforcement, but have now become agents of the state. Remember, tyrants cannot do what tyrants do without someone doing it for them. Don’t play the fool.

Remember, America’s God-given rights must be fought for because if not, it merely means that they have been forfeited (1 Timothy 6:12).

Either the American people are going to throw off tyranny within, or the tyrants will throw off their rights.

One must remember as well that these are the same criminal politicians attempting to disarm you that are in fact alluring illegals into this country while Americans suffer their abuse. Government is an extension and a reflection of “We the People” and this is a reflection that does not look American in any sense of the word. They are pushing Americans and their backs to the wall friends, and in the end, inciting a response. Americans must connect with each other and begin to look out for each other against them that have set themselves against the United States Constitution. It is for the American people to draw the line in the sand and resist tyranny at every step, for it is clear as that we once again are dealing with, tyrants here in our homeland.

Back to the time when bullies finally figured out that the people were no longer going to take their authoritative rebellious and oppressive methods… No, wait a second, I will let Flick give you a powerful lesson from a movie back in 1998 called “A Bugs Life