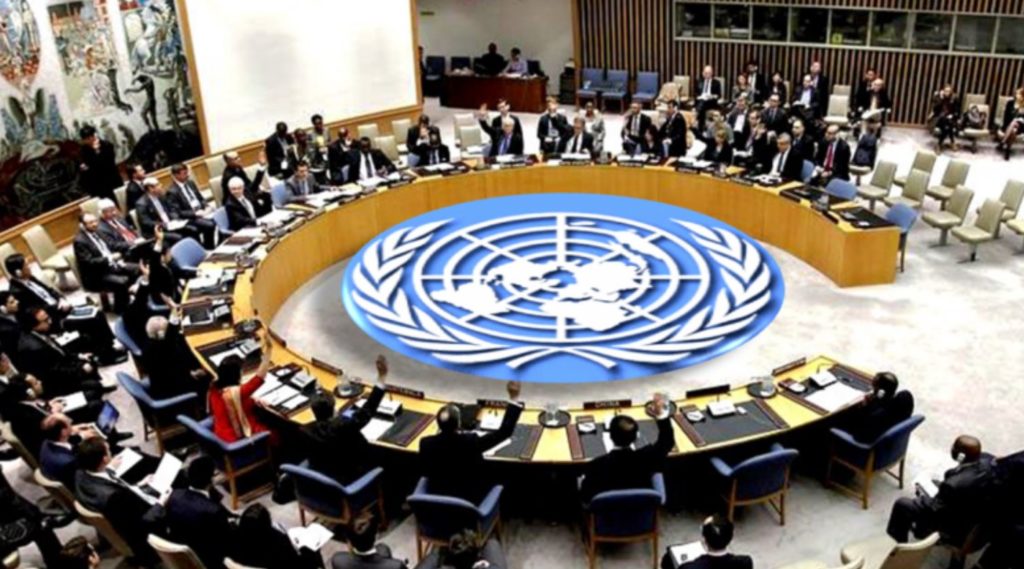 Have you ever heard what apparently was considered simply a “catch phrase” at one time that went like this?

SEC. 10. REPEAL OF INVOLVEMENT IN UNITED NATIONS CONVENTIONS AND AGREEMENTS.

However, Section 6 provided for the UN’s physical moving and leaving the USA:

SEC. 6. WITHDRAWAL OF UNITED NATIONS PRESENCE IN FACILITIES OF THE GOVERNMENT OF THE UNITED STATES AND REPEAL OF DIPLOMATIC IMMUNITY.

Why do I bring up what may be considered a ‘dead horse’ piece of previously proposed legislation?

Because now it’s even more important than ever, considering what the UN has designs on, i.e., becoming the One World Governance Agency for the entire global population; including what its various agencies, especially the World Health Organization (WHO) plans for global health media controls, specifically neurotoxic poisonous vaccines promulgation, but more so, WHO’s plans against those individuals opposing vaccines (a fundamental human right since vaccines are NOT proven SAFE but POISONOUS by the very listing of ingredients on vaccine package inserts) in any fashion, including simply questioning them, their safety, or their efficacy, including Internet information.

First and foremost, when any individual, corporation, Internet provider, local-state government and/or national government emboldens and empowers itself with human rights denials in any manner (life, liberty, religion, expression, belief, self-determination) those, undoubtedly, are New World Order (NWO) and UN control mechanisms, which must be dealt with according to the Universal Laws of Science (not consensus science) to preserve the basic evolutionary human rights perks humans have fought for and died over millennia (Magna Carta, Declaration of Independence, U.S. Constitution, plus others) thereby defeating negativity, suppression and subservience.

Nothing, in my and thousands of others—maybe millions, opinions doubt that the UN’s infamous Agenda 21 and Agenda 2030 with omnipotent pre-requisites for life, living and domination in the very near future are materializing now.

Individual countries must decide to take back – demand – removing  total controls according to hellenistic-like forces, most of which will manifest in areas emanating from high technology, which already has claimed its addicts!

We see many indications of nationalism re-emerging, e.g., Brexit [UK] and all the forthcoming “exists” brewing / simmering just below the European Union’s embattled surface.  The EU falls apart, which it eventually must, because of various cultural inequities nationalists no longer want to endure and have forced upon them, and which they did not “buy into” nor “sign up for.”

From its very beginning, the UN was designed to become a world-domination-construct controlled from-by-and-with the negative forces that have influenced certain secret societies [Bohemian Grove] [Bilderberg Group (1)] where men of wealth and power congregate to formulate how you, I and the world will be run according to their sordid ideas, plus formulate plans for control of body, mind and spirit, as that is part and parcel of a spiritual battle that’s been ongoing for millennia, but is now coming to some sort of breaking point due to the fact the Internet has been used to awaken those who were sleeping in the comfort of ignorance while being part of a ‘dependency’ civilization seemingly perpetuated by welfare states, a “new perk” of sorts?

But also, there is the completion of certain “agreements” made with those from whom U.S. scientists were able to back-engineer off-world technologies!

Have we reached the penultimate defining era of the Hegelian Dialectic, i.e., Problem>>Reaction>>Solution?   It’s not toward humankind’s benevolent solutions, but a probable demise as prescribed and “written in stone” in the very first NWO ‘first commandment’:   Maintain humanity under 500,000,000 in perpetual balance with nature, carved into the famous Georgia Guidestones.  That’s one-half billion people; the world’s  population is now close to 7.7 billion.

How many are going to have to be offed and how?

Should we question buying into the UN’s propaganda for ‘sustainability’, as we probably will find ourselves living as indentured commodities operated using trans humanistic principles developed with the UN’s blessings?  Why do I say that?

Because in May of 2013 numerous scientists sent an Open Letter to UN Secretary-General Ban Ki-moon making suggestions how to improve everyone’s life on the Planet using:

And let’s not forget to include Elon Musk’s “Neural Lace”:

So far, Musk has been calling this brain-computer interface technology ‘neural lace‘. In essence, neural lace is an ultra-thin mesh that is implanted in the skull, and forms a body of electrodes which are able to monitor brain function. Apr 21, 2017

From all the above, it seems only logical the future for humankind, apparently under the governance of the UN and its high technology ‘world movers and shakers’, will find Homo sapiens no longer existing in the context of our evolutionary sequences, but in an unknown ‘trapped’ world of a sycophantic-like  technology.

However, in the most obvious missing link from all high technology advances proposed for humans, nothing takes into consideration developing spiritual higher consciousness necessary for:

especially in the corporate world with its lackeys, aka lobbyists, who buy from members of Congress, the basic rights U.S. humans had and were destroyed, like what happened with The National Childhood Vaccine Injury Act (NCVIA) of1986 (42 U.S.C. §§ 300aa-1 to 300aa-34) was signed into law by President Ronald Reagan as part of a larger health bill on Nov 14, 1986, in the United States, to reduce the potential financial liability of vaccine makers due to vaccine injury claims.

No one is more in bed with the vaccine industry than the World Health Organization!

It’s now time to rethink the UN in the USA.

Who in the 116th Congress will introduce another “American Sovereignty Restoration Act”?