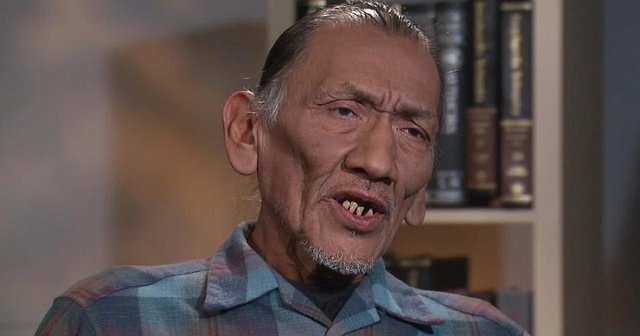 Retired Navy SEAL Don Shipley, who is known for exposing false claims of military service, reportedly got the military records of Native American activist Nathan Phillips and shared his findings Tuesday on YouTube.

Shipley said he found Phillips records, which others have been slow to get, because Phillips enlisted under the name “Nathaniel Richard Stanard.”

“Nathaniel Richard Stanard enlisted in the Marine Corps Reserves on August 20th, 1972 and served until May 5th, 1976,” Shipley said. “He was discharged as a private.” “He served just under four years and was discharged at the exalted rank of private,” he said.

“His entire military education was just a basic electrician in the Marine Corps and the only award the guy got was an expert rifle badge.” “Has him down as serving in a 4th Marine Division in Topeka, Kansas, I guess some reserve unit there, as a rifleman,” he said. “I don’t know if you can get Recon Ranger out of serving as a rifleman but OK, whatever.”

He was later moved to a marine base in El Toro, California where he “went AWOL a few times,” Shipley said. Shipley said he suspects Phillips never served as a “recon ranger” as he has claimed.

“I don’t think so, unless he got that training in the brig and when he was confined there for going UA (AWOL),” he said.

“He was an electrician, served stateside and a few reserve units and then finally El Toro,” Shipley said. “I don’t think he had a very stellar record in the Marine Corps and he was discharged at the prestigious rank of private.”

Phillips’ claims attacking the students of Covington Catholic fell apart as soon as new videos came out and the story of his service in “Vietnam” is now falling apart as well.

While bearing false witnesses is certainly a shameful deed, Phillips is an alcoholic and clearly has a lot of problems. Far worse is the media and Conservative Inc. smearing a group of innocent boys by running with such obvious lies.