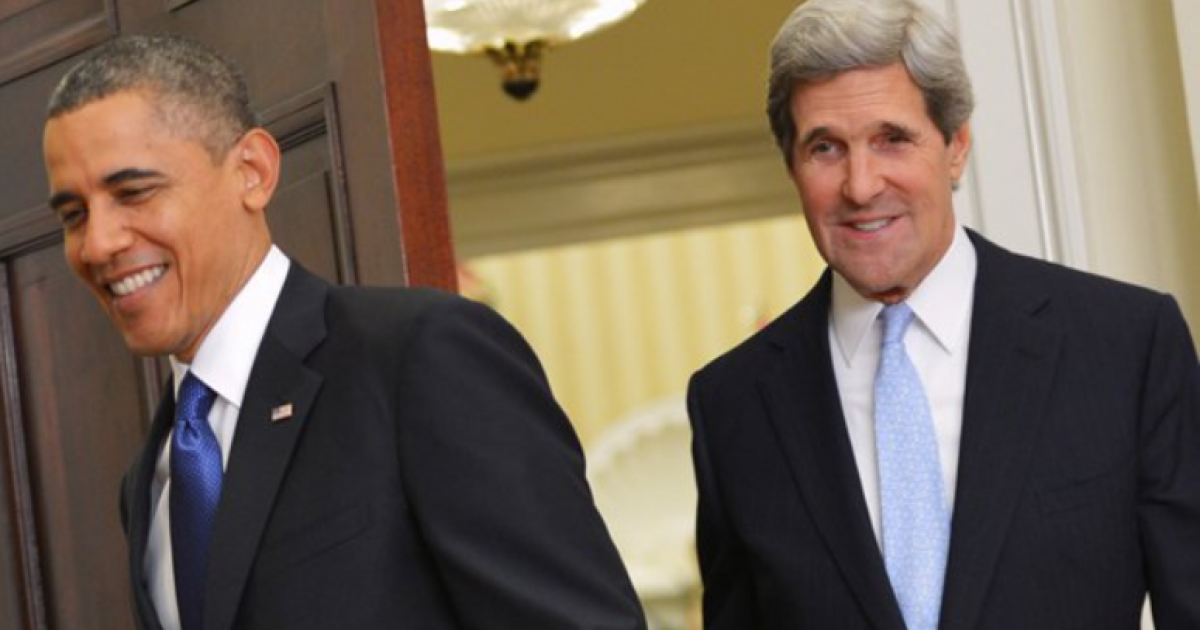 Recently, former Secretary of State John Kerry called on President Trump to resign during a Tuesday appearance at the World Economic Forum in Davos, Switzerland. While Kerry’s statement has been carried by many media sources, as well as him being asked if he plans to run for president in 2020, no one is asking the most important question of all:  Why is Kerry still attending important world functions and meeting with world leaders?

Since Donald Trump became president in 2016, both John Kerry and Barack H. Obama have been traveling around the world, on our dime, acting as if they were still running the USA. Both attended the Climate Summit, met with world leaders in their own countries numerous times, and Kerry even met with Iranian officials and other world leaders to try to save the nuclear deal President Trump scrapped.

Presumably, the flight Nancy Pelosi, Adam Schiff, and other Socialist Leftists were going to take recently on an extravagant world vacation disguised as a business trip to visit troops in Afghanistan and other stops in Egypt and Europe would have coincided with some of Kerry’s itinerary.  This means that key people in the former Obama Administration are still acting as if Obama were still president by making deals with world leaders. The meetup with Kerry, Obama, and others by the Pelosi entourage tells us that the US is being governed by two factions. The legitimate government of the Trump Administration, but also the Defacto US government of the Obama reign.

The fact that we have key players from the former Obama government still acting as our legitimate government and many Leftists in power now, who obviously recognize Barack H. Obama as their leader and not the Trump administration, should deeply disturb us. Not only is this an act of defiance against the current administration that was put in power by the citizens of the USA, but it is a blatant act of treason against the people by the former administration and government officials currently in office.

The US is and has been in a quiet, for the most part, Civil War since citizens outrightly rejected the NWO neo-Nazism mantra in electing Donald Trump to not only Make America Great Again, but to actually Make America the United States of America again.

The organized mobs such as ANTIFA and BLM, financed by George Soros and organized by Obama, whose job it is to put down any semblance of support of nationalism in the US, most of the time violently, shows us we citizens are headed into armed conflict with anti-American factions within our own government.

This armed conflict will not bode well for the anti-American factions trying to destroy the US, as most law enforcement and all military will side with US National Patriots and they’re officially sworn in President, Donald Trump.

Tony Elliott is an established writer with articles in over 20 publications of differing topics. He was Political Commentary  Columnist for the Cimarron News Press in Cimarron, New Mexico from 2001 to 2003. Tony was also a regular writer for several small coastal newspapers in Southern Oregon during the early 1990’s. BOOKS: Aura Visions: The Origin Prophecy, Enviroclowns: The Climate Change Circus, Strange Sounds: A Research Report