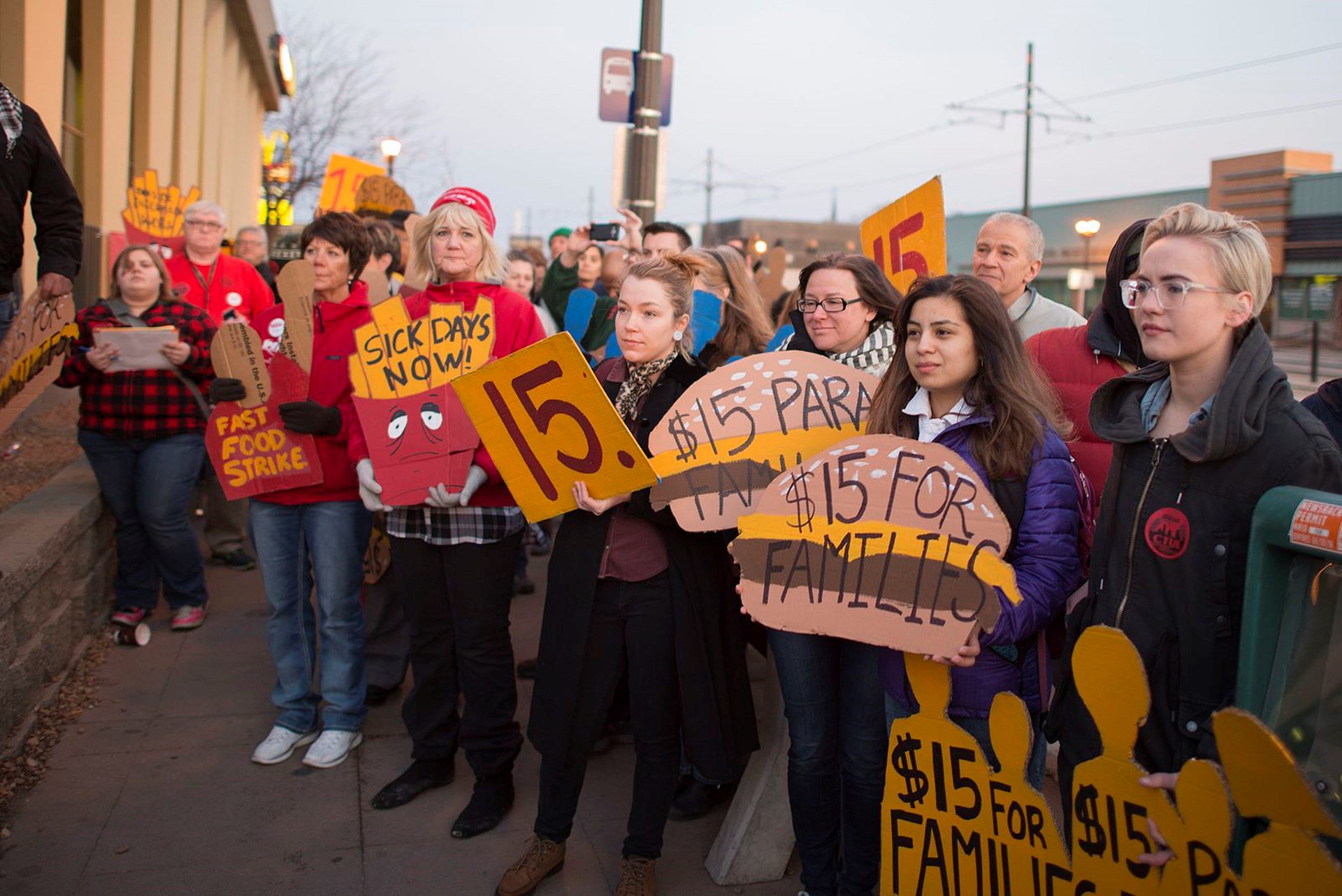 CBS has the story.

Jon Bloostein operates six New York City restaurants that employ between 50 and 110 people each. The owner of Heartland Brewery and Houston Hall, Bloostein said the effect of the higher minimum wage on payroll across locations represents “an immense cost” to his business.

“We lost control of our largest controllable expense,” he told CBS MoneyWatch. “So in order to live with that and stay in business, we’re cutting hours.”

A Terrible Way to Fight Poverty

Bloostein also cut staff positions. For example, instead of being greeted by a host or hostess, customers are greeted by a sign. He also increased menu prices.

Bloostein is just one restaurant owner, you might say. But he is not alone. A New York City Hospitality Alliance survey shows that 75 percent of restaurants said they planned to cut employees hours in response to the wage hike. Nearly half (47 percent) said they’d cut jobs.

The outcome is hardly a surprise. These are the signature responses to steep wage hikes forced onto businesses (those that manage to bear the costs and stay open, anyway).

However pure the intentions of New York politicians might be, the minimum wage will have a dire impact on those who can least afford it: young, poor workers who will not be afforded important job experience. It’s a terrible way to fight poverty, The New York Times (once) observed:

The idea of using a minimum wage to overcome poverty is old, honorable – and fundamentally flawed. It’s time to put this hoary debate behind us and find a better way to improve the lives of people who work very hard for very little.

Politicians, it seems, have trouble learning this simple fact. Last week, House Democrats proposed a bill to double the federal minimum wage to $15. (Perhaps they were inspired by Nicolas Maduro, who days before passed a 300 percent minimum wage increase.) And 22 states saw increases in the minimum wage in 2019.

We’ve seen time and again that the minimum wage harms those it purports to help, so why do such laws continue to be written?

“No politician is any longer interested in the question whether a measure is fit to produce the ends aimed at,” Mises wrote in The Ultimate Foundation of Economic Science.“What alone counts for him is whether the majority of the voters favor or reject it.”

Politicians, Mises is saying, have incentives quite different from workers. And incentives matter a lot.

The authors of the best-selling book Freakonomics contend that “incentives are the cornerstone of modern life.” This rule applies to everyone, including “experts” who “use their informational advantage to serve their own agendas.”

Until voters recognize that politicians have incentives that are often quite different from their own, we’re likely to continue to see harmful legislation of this kind.

He previously served in editorial roles at The History Channel magazine, Intellectual Takeout, and Scout. He is an alumni of the Institute for Humane Studies journalism program, a former reporter for the Panama City News Herald, and served as an intern in the speechwriting department of George W. Bush.