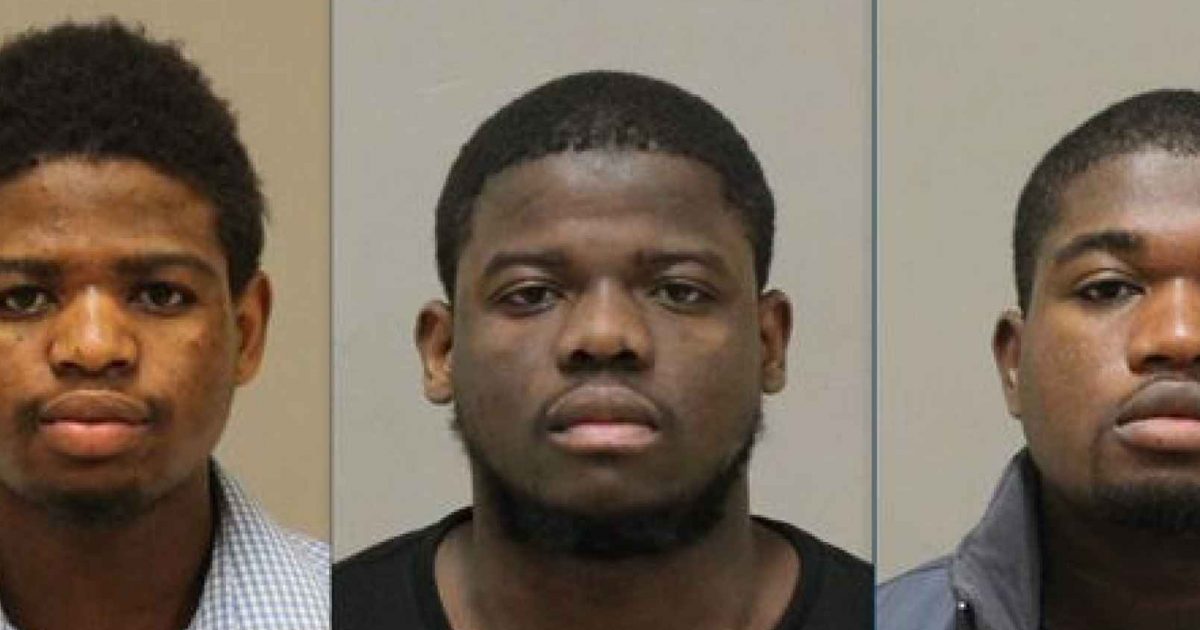 Three Lansing men had pledged allegiance to ISIS and one was arrested at the Ford International Airport in Grand Rapids moments before he was to board a plane to join the terrorist group, federal authorities said.

The three men are charged with conspiring to provide material support to a designated foreign terrorist organization, namely the Islamic State of Iraq and al-Sham (ISIS)

Federal prosecutors said Muse Abdikakir Muse, 20, was arrested at the airport on Monday, Jan. 21, after he checked in for a flight ultimately headed for Mogadishu, Somalia.

Federal agents later arrested Mohamud Abdikadir Muse, 23, who is the brother of Muse Muse, and Mohamed Salat Haji, 26, as alleged conspirators. Haji is a cousin to the brothers.

All three men were born in Kenya but are U.S. citizens — Haji is a naturalized citizen and the brothers received citizenship as minors through the naturalization of their parents.

And they were determined to repay the nation that had taken them in with terror and death.

“Muse Muse and Haji allegedly discussed with each other their desire to join ISIS, kill non-believers and even to potentially use a car for a martyrdom operation to run down non-believers here in the United States if they could not travel overseas to fight for ISIS,” according to a statement from prosecutors.

In May 2018, Muse Muse allegedly sent Haji a screen shot of the truck attack that happened in October 2017 in New York City and killed eight people. In that instance, a terrorist drove a rented truck into cyclists and runners.

Later, in August, the two talked about Muse Muse’s ability to drive “in the context of using the vehicle as a weapon in a planned attack,” according to the complaint

Haji wrote: “On this Kufarr” [Arabic word for non-believers] and “Wallahi [Arabic phrase for I swear to God] I’m ready to meet Allah.”

It gets even uglier.