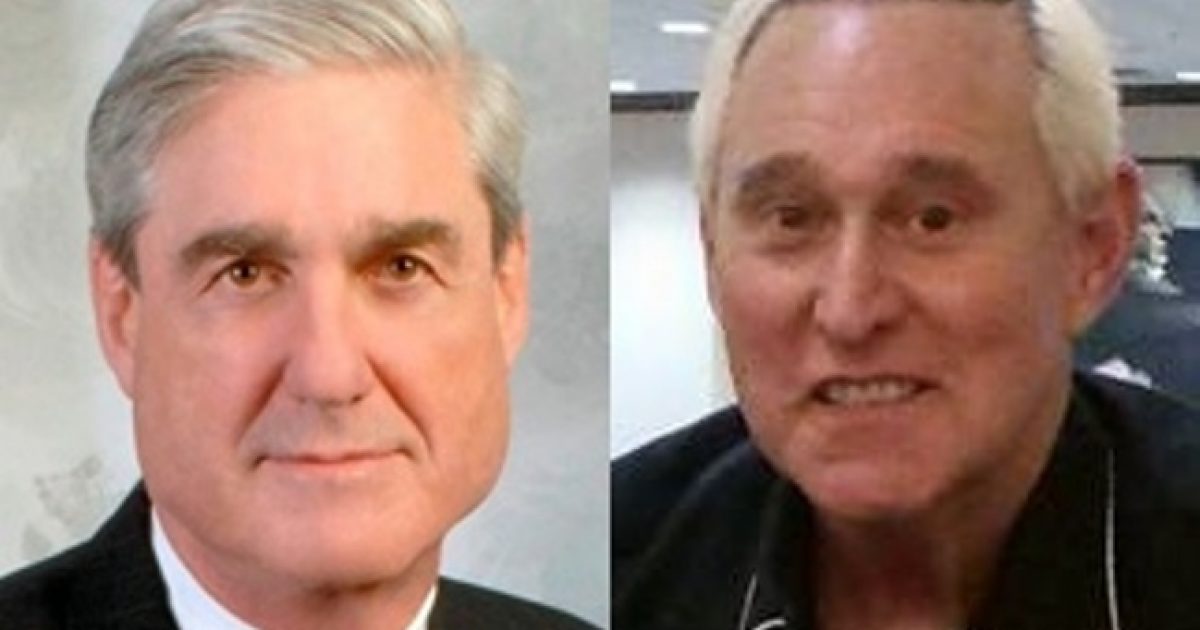 Roger Stone was arrested at 6 a.m. at his residence in Ft. Lauderdale, Florida, early Friday morning from indictments stemming from a Grand Jury investigation into his use of Wikileaks during the 2016 election. He was indicted on seven-counts, including one count of obstruction, five counts of making false statements and one count of witness tampering. But the arrest was soon clouded with questions, because CNN was at the scene of arrest prior to the raid. People almost lost sight of the arrest itself.

This is the first page only of the 24 page indictment (the full document at the link): 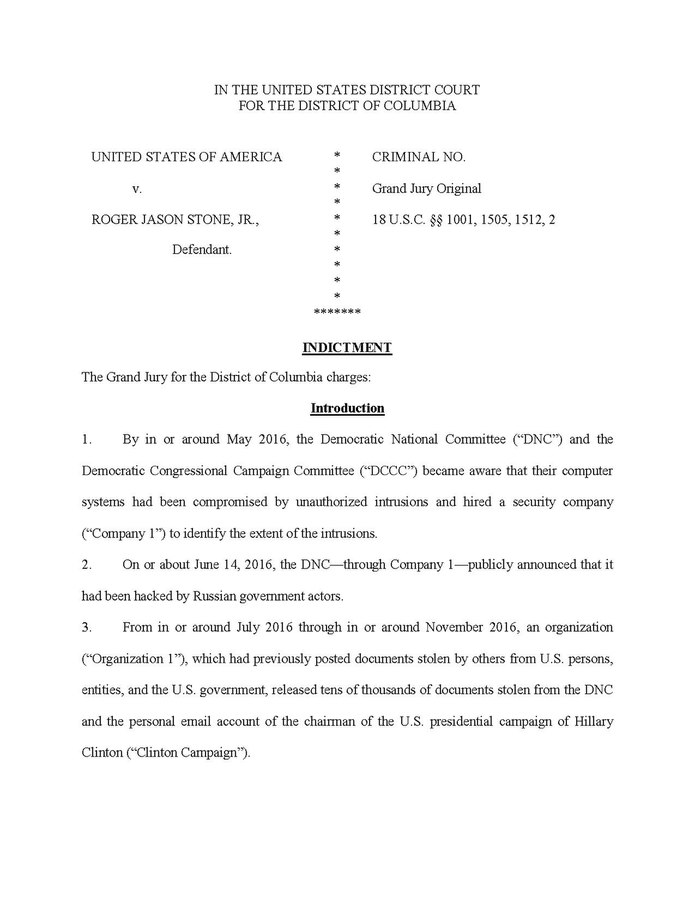 CNN producer David Shortell and his cameraman were waiting outside the home of Roger Stone for about an hour before the FBI raided it and took Stone into custody. It appears that Shortell noticed some odd activity at the Grand Jury prior to the raid and positioned himself on a hunch for anything that might occur.

Here is the footage that @DelarosaGilAJAM filmed of the FBI's pre-dawn raid at Roger Stone's home in Florida. @davidgshortell was the only reporter on the scene. pic.twitter.com/3VF22pmwA7

CNN producer @davidgshortell describes the moment Roger Stone was taken into custody by the FBI. The longtime Donald Trump associate has been indicted by a grand jury on charges brought by special counsel Robert Mueller https://t.co/wUJEIkKDTw pic.twitter.com/AJ3JWWSHs3

Greta Van Susteren, former prosecutor and Fox News Host, found the situation odd at first, but on reflection she realized she’d probably have done the same thing if it was a hunch.

“CNN cameras were at the raid of Roger Stone…so FBI obviously tipped off CNN…even if you don’t like Stone, it is curious why Mueller’s office tipped off CNN instead of trying to quietly arrest Stone;quiet arrests are more likely to be safe to the FBI and the person arrested…Tipping CNN off so that it was there w/ its cameras is an issue worth exploring.”

“Upon reflection, there are others who could have tipped off CNN …others knew, maybe even Stone suspected it and tipped them off…as an aside, if I worked for a news org and had the tip, I would have sent cameras.”

Greta was accused of starting a “conspiracy theory” and that her tweet was “disappointing.” Never mind that she corrected it several times. No one was listening by then.

Regardless of all the fit-throwing over the presence of CNN, the main story is that Roger Stone, a former Trump campaign adviser, was arrested. Why the FBI needed to raid his home at 6 a.m. is still a question, however. He was released on a $250,000 bond shortly after being arrested, according to the New York Post. If he was released on bond, that means he is unlikely to run, which makes you wonder why all the hyperbole. They could have arrested him at any time, and he likely would have cooperated.