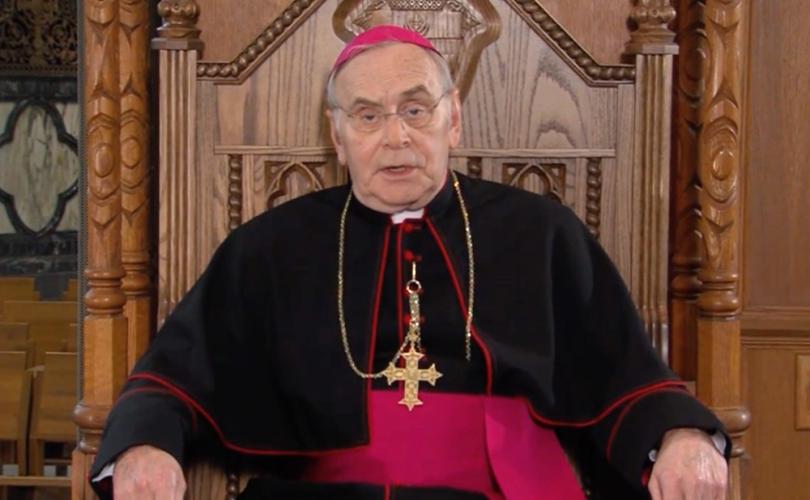 The Catholic Church, which basically has to do the bidding of the fake news media these days in order to avoid negative media coverage of their never-ending child rape scandals, immediately threw the Covington kids under the bus last week because of biased reporting.

After social media exposed the fake news for targeting these children to push an anti-Trump, anti-Christian narrative, the Catholic Church was forced to apologize for their part in the victimization of these children.

“We should not have allowed ourselves to be bullied and pressured into making a statement prematurely, and we take full responsibility for it,” Bishop Roger Foys wrote. “I especially apologize to Nicholas Sandmann and his family, as well as to all CovCath families who have felt abandoned during this ordeal.”

“We apologize to anyone who has been offended in any way,” Foys wrote in the letter.

The Covington diocese had previously thrown the kids under the bus as soon as media reports hit. This is the opposite of what Jesus would have done.

“We condemn the actions of the Covington Catholic High School students towards Nathan Phillips specifically, and Native Americans in general, Jan. 18, after the March for Life, in Washington, DC,” the cowardly diocese wrote in their initial statement.

The church is not exactly known for protecting the innocence of children so it should come as no surprise that they did not defend these kids like they would say, a priest accused of pedophilia. In addition, they likely only groveled in this instance due to a defamation lawsuit that is in the works.

“If you’ve said anything false about these kids, they are willing to extend you a 48-hour time period — a period of grace consistent with their Christian faith — for you to, through confession, get redemption and retract and correct and apologize,” said attorney Robert Barnes, who is representing the Covington kids free of charge, in an announcement on FOX News.

Because of Barnes’ humanitarian work, other scumbags who harassed and demeaned these kids alongside the cowards at the diocese are folding as well.

Take note of everyone who bent over when they got their orders from the media. They were caught red-handed this time, but they will always sell us down the river in a hot second to protect themselves. The Catholic Church, a glorified pedo-cult with a heretical lecherous Marxist Pope as leader, is undoubtedly one of the most subversive globalist organizations known to man.

Thank the Lord that those Covington kids showed the strength to stand up against those minority thugs peacefully and gracefully in Washington D.C. They truly followed the example of Jesus. Perhaps there is some hope for Catholicism after all, if it’s led by Generation Z!