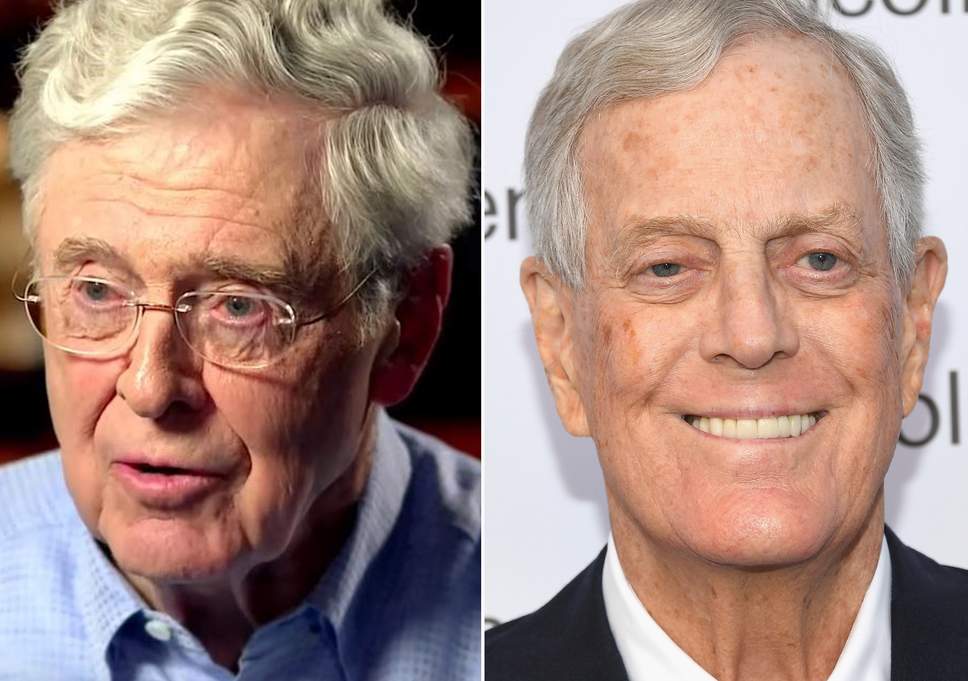 The billionaire plutocratic Koch Brothers have been funding the Republican Party establishment for many decades to ensure that globalist trade deals were passed and illegal immigrants crossed the border. Their routine worked for a good long while, but a new Sheriff in town threatens their plotting.

Now that President Trump runs the show in the GOP, the Koch Brothers are showing their true colors and turning on the party that once buttered their bread. Because the gravy train is getting cut off, the Kochs are bailing on Trump for 2020 and hoping that the Democratic challenger will beat him so they can continue their ruthless profit-seeking enabled by special government privileges in the marketplace.

The Hill reports on these disgusting if not unsurprising developments:

“The powerful political network led by conservative billionaire Charles Koch is telling its donors it will not support President Trump in his 2020 reelection campaign, The Washington Post reported Thursday.

The Koch network will still support conservative candidates in statewide and congressional races while declining to endorse Trump, echoing its strategy from 2016, according to The Post.

Spokesman James Davis told The Post the network plans to make a “significant investment to support policy champions in Senate, House and state races, build broad-based policy coalitions, and to launch a major new initiative to fight poverty in America.”

“This is where we can make the biggest difference for millions of Americans,” he said.”

The Koch Bros worked against the Republican Party during last year’s crucial midterm elections as well. They poured money to support Democratic victory during the midterms and are expected to do so yet again throughout 2020.

“Thank you Sen. Coons for supporting a permanent solution for Dreamers,” one mailer read. “More than 90% of Americans want protection for the Dreamers.”

Ever wonder why so many Republicans in the Senate and House of Representatives have constantly worked to sabotage Trump on immigration policy? It is because of the influence of the Koch Bros, who withhold their checks for Republican lawmakers when they refuse to sell ordinary Americans down the river. This is Swamp 101!

The Koch brothers – driven by their cosmopolitan, self-centered, anti-Christian, anti-nationalist libertine ideology – are among the most pernicious influences working to ruin Trump’s ‘America First’ agenda. When the enemies of America are inevitably rounded up and swiftly served justice, these oligarchs and their weak flunkies must not be forgotten!