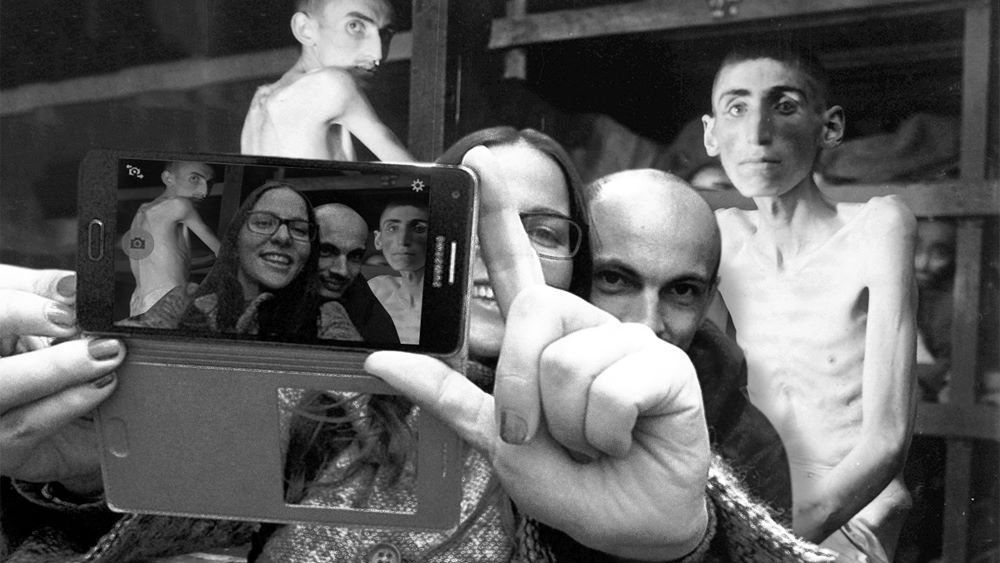 SICKENING. More of the poison fruit born of the leftist takeover of the public education system. Is it any wonder that Sarsour, Tlaib, Omar are the new face of the Democrat (Nazi) party?

One-third of Americans think “substantially less” than 6 million Jews were murdered in the Holocaust. The Newsweek article below places the blame squarely on the right which is absurd. Nazism was based in socialism. And today’s leftwing sanction of Islamic Jew hatred (under the guise of Palestinianism)  opened the door to any and all Jew haters who were firmly in the closet until the left made Jew hatred ‘cool’ again.

The Newsweek article does not quote one proud Jew, one Zionist. Instead, the dying publication gives the imprimatur of legitimacy and authority to anti-Jewish left-wing groups like the vicious ADL – who actually attack proud Jews like myself and my colleagues. Despicable.

This photo shows there are no excuses for the Jew haters.

Related: 1 in 20 adults in Britain do not believe Holocaust happened: poll

1 in 5 Canadian youths not sure what happened in the Holocaust, survey suggests 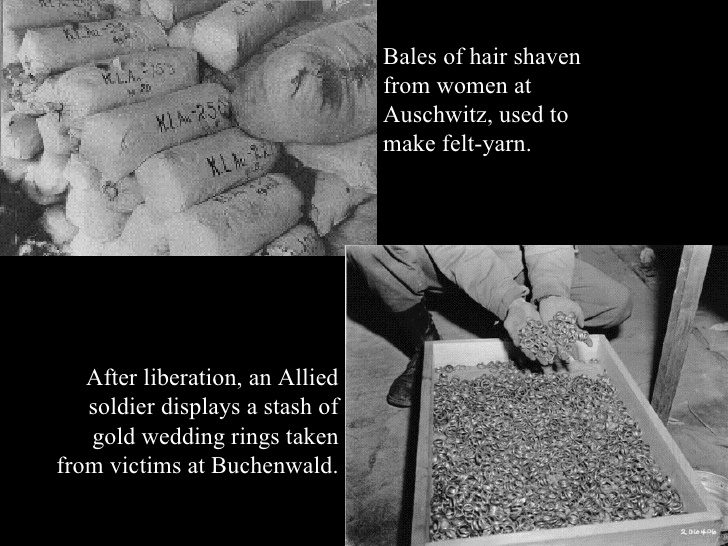 Updated | One-third of Americans think “substantially less” than 6 million Jews were murdered in the Holocaust, according to a new survey that highlights a worrying lack of basic knowledge about the World War II-era genocide.

The Conference on Jewish Material Claims Against Germany, or Claims Conference, released the findings of its survey to coincide with Holocaust Remembrance Day. They show a notable lack of understanding among Americans, especially millennials, the group said.

The Claims Conference said there are “critical gaps both in awareness of basic facts as well as detailed knowledge of the Holocaust” in American society, stressing that U.S. schools must provide more comprehensive education on the crimes.

The survey shows that 70 percent of Americans believe people care less about the Holocaust than they used to. A majority, 58 percent, said they believe something like the Holocaust could happen again.

A uniform of an Auschwitz survivor is displayed on December 9, 2004, at the Jewish Museum in London. A recent survey found that 66 percent of millennials do not know what Auschwitz was.

31 percent of the Americans surveyed, and 41 percent of millennials within that group, do not believe that 6 million Jews were killed during the Holocaust and think the real death toll is at least 2 million lower.

Almost half (45 percent) of Americans were unable to name a single concentration camp, and the number was even worse for millennials (49 percent). Two-thirds (66 percent) of millennials were unable to explain what Auschwitz was. The death camp is one of the most infamous that existed in Nazi-ruled Europe, and its name has become synonymous with the genocide.

15 percent thought people should be allowed to display Nazi slogans or symbols today, while 11 percent said it is acceptable to hold neo-Nazi views.

These figures are especially concerning given the reported rise in hate group numbers, activity and confidence in recent years. A February report from the Southern Poverty Law Center claimed that the number of hate groups in the U.S. has increased by 20 percent over the past three years. The number of neo-Nazi groups increased from 99 in 2016 to 121 in 2017, the center said.

White nationalists, neo-Nazis, the Ku Klux Klan and members of the “alt-right” march in Charlottesville, Virginia, on August 12, 2017. Most Americans believe that significant numbers of neo-Nazis are in the country, a new survey says. Chip Somodevilla/Getty Images

Despite the worrying figures, 93 percent of those asked think the Holocaust should be taught in schools, while 96 percent believe that the genocide happened.

Claims Conference President Julius Berman said it is “vital to open a dialogue on the state of Holocaust awareness so that the lessons learned inform the next generation. We are alarmed that today’s generation lacks some of the basic knowledge about these atrocities.”

Greg Schneider, executive vice president of the Claims Conference, said, “There remain troubling gaps in Holocaust awareness while survivors are still with us; imagine when there are no longer survivors here to tell their stories. We must be committed to ensuring the horrors of the Holocaust and the memory of those who suffered so greatly are remembered, told and taught by future generations.”

The Claims Conference said its results are based on a representative sample of 1,350 American adults interviewed by phone and online. Respondents were selected randomly and reflected the demographics of the American adult population, it said.