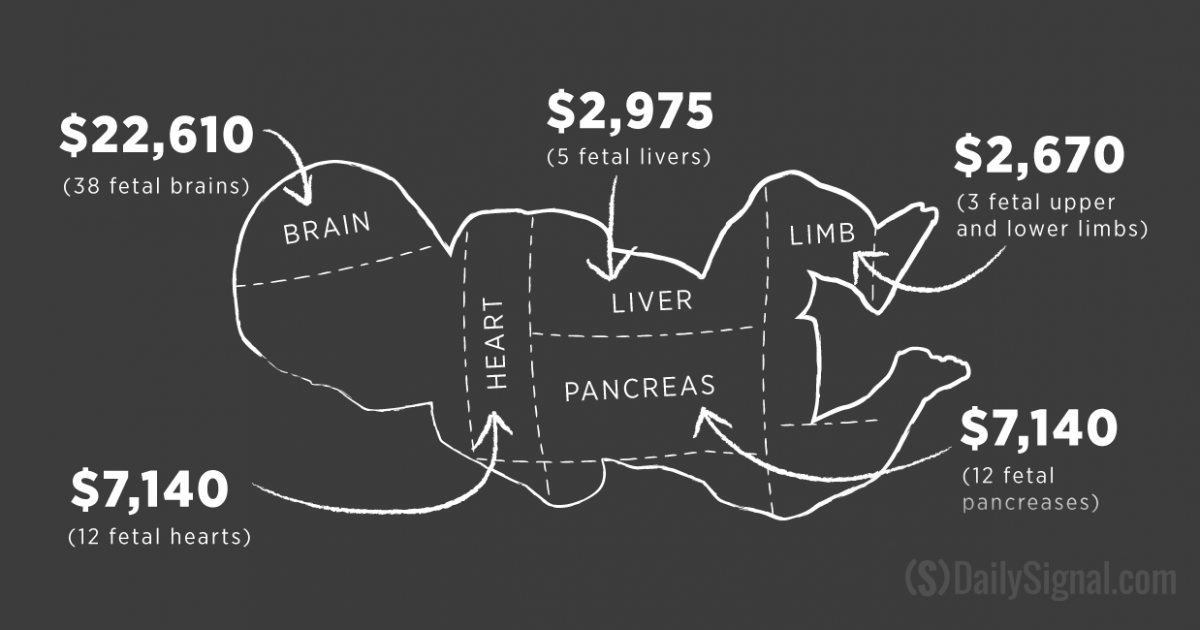 New York Governor Andrew Cuomo recently signed into law the Reproductive Health Actwhich basically translates into giving a woman the right to an abortion all the way to term after nixing all the rhetoric included in the bill.

Many question why Cuomo and New York government officials would actually support such a ghoulish bill in the first place, not to mention be so gleeful at it becoming law. On the surface, it appears that Cuomo and NY government officials went to extremes in supporting women’s rights in allowing for what is essentially any woman’s right to have a “to term” abortion in that state.

In reality, however, this law has absolutely nothing to do with women’s rights, or their right to literally kill their babies, but everything to do with the black market sales of fetal and baby parts.

Now that this law has been passed, potentially some additional 300,000 babies will be added to the sales of baby parts via mostly the criminal cartels of South America, Latin America, and Mexico.

This also explains the reasoning behind the US Socialist Left’s desperate push to keep open borders. If the president is allowed to build the wall, it would almost completely stop the black market trade route of various criminal cartels traveling back and forth across the US Mexican border.

The only possible reason behind why so many US so-called elected officials need to keep this criminal trade route open is that they have vested interests in every way from personal financial gain to actual participation personally in various crimes these criminal cartels have to offer them. Just perks US elected officials are getting in exchange for allowing free movement of the criminal activity. Physical evidence of financial gain through crime is clearly evident in the personal portfolios of many government officials in Washington, especially in those who have been in office for extended periods of time such as Nancy Pelosi, Chuck Schumer, Maxine Waters, etc. These politicians have not become multi-millionaires on their government salaries, but did so via their investments in the Pan American Criminal Cartel and their turning a blind eye to the crime trade route at our southern border.

The Pan American Criminal Cartel’s massive web of crimes from human trafficking, drugs, sex trafficking, child abduction for the purpose of international sex slave trade, and now the selling of actual term baby parts, thanks to NY Gov. Cuomo, is the reason behind the Leftist push to get Donald Trump out of office.

This vested interest in the free criminal trade via the Mexican border is why the Left was so desperate to keep Trump out of the White House before he was elected, and why they are so desperate to get him out of office now. They knew Donald Trump was a nationalist and would put an end to their personal gravy train that an open borders offer them.

Sign the petition to oppose this criminal, “pretended” legislation.

Tony Elliott is an established writer with articles in over 20 publications of differing topics. He was Political Commentary Columnist for the Cimarron News Press in Cimarron, New Mexico from 2001 to 2003.  Tony was also a regular writer for several small coastal newspapers in Southern Oregon during the early 1990’s. BOOKS: Aura Visions: The Origin Prophecy, Enviroclowns: The Climate Change Circus, Strange Sounds: A Research Report