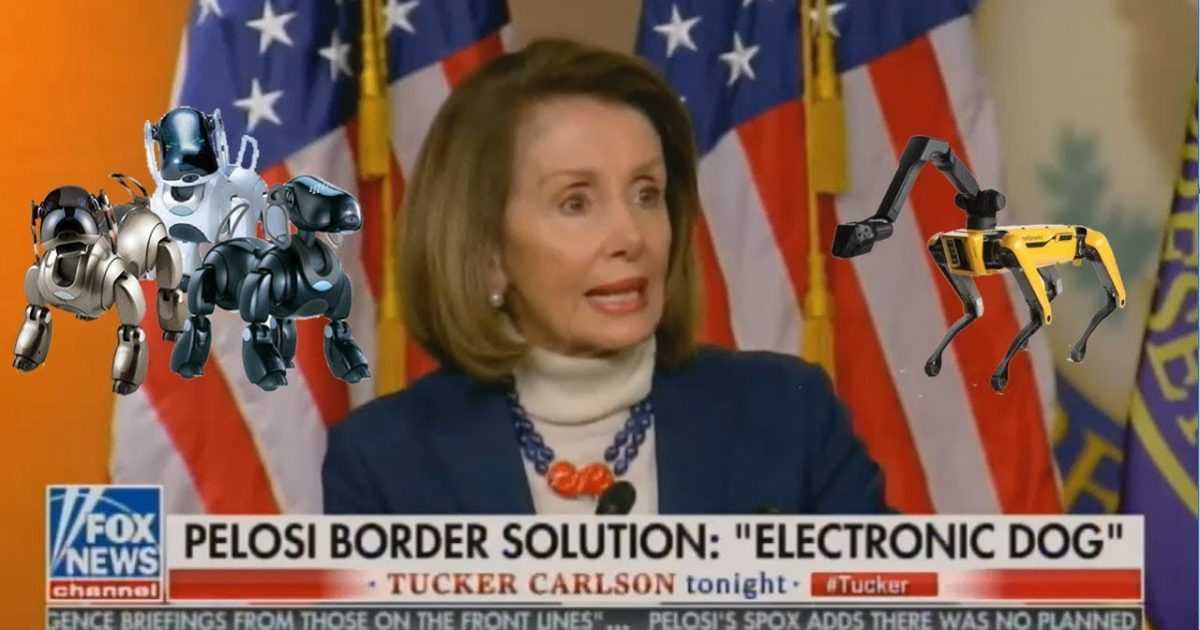 A petition posted to the White House “We the People” website demands that House Speaker Nancy Pelosi, D-Calif., be removed from office for treason over her refusal to provide the necessary security on the southern border.

The petition, which can be seen here, demands: “Impeach Nancy Pelosi for crimes of Treason!”

Nancy Pelosi is a TRAITOR to the American People!
The Constitution defines, “Treason against the US.. ..adhering to their Enemies, giving them Aid and Comfort.” Illegal aliens are enemies that invade our country with drugs, human trafficking, and terrorist causing death and crime to American citizens. Nancy Pelosi adheres to these enemies by voting for and providing them aid and comfort through Sanctuary policies funded by US citizen tax dollars, and refuses to protect American people by refusing to fund our border wall, leaving our borders open and unsafe. Pelosi refused to meet with Angel families, caused the government shut down then traveled on US dollars to Hawaii and Puerto Rico while 800,000 Fed workers don’t get paid, and uninvited Trump for SOTU. IMPEACH Pelosi for treason!

Impeachment of a member of Congress is generally not done, and from what we can tell, only one legislator, William Blount, a U.S. senator from Tennessee, was impeached on July 7, 1797, on “charges of conspiring to assist in Great Britain’s attempt to seize Spanish-controlled territories in modern-day Florida and Louisiana.”

Members of Congress, however, can be expelled, censured or reprimanded.  According to the House History, Art and Archives site:

Expulsion has traditionally been reserved as punishment for only the most reprehensible conduct or crimes such as treasonous acts against the government. The first three individuals expelled from the House—Missourians John B. Clark and John W. Reid, and Henry C. Burnett of Kentucky—took up arms for the Confederacy during the Civil War. In the modern era, expulsion has been used on two other occasions, both of which involved egregious violations of criminal law and/or flagrant abuses of office.

While Pelosi might not ever face impeachment as Speaker of the House, she could, at least in theory, face expulsion, reprimand or censure.

As of this writing, over 84,000 people have signed the petition.  A little more than 16,000 signatures are required by February 17 to trigger a response from the White House.

For those who did not see the link above, the petition can be seen by clicking HERE.