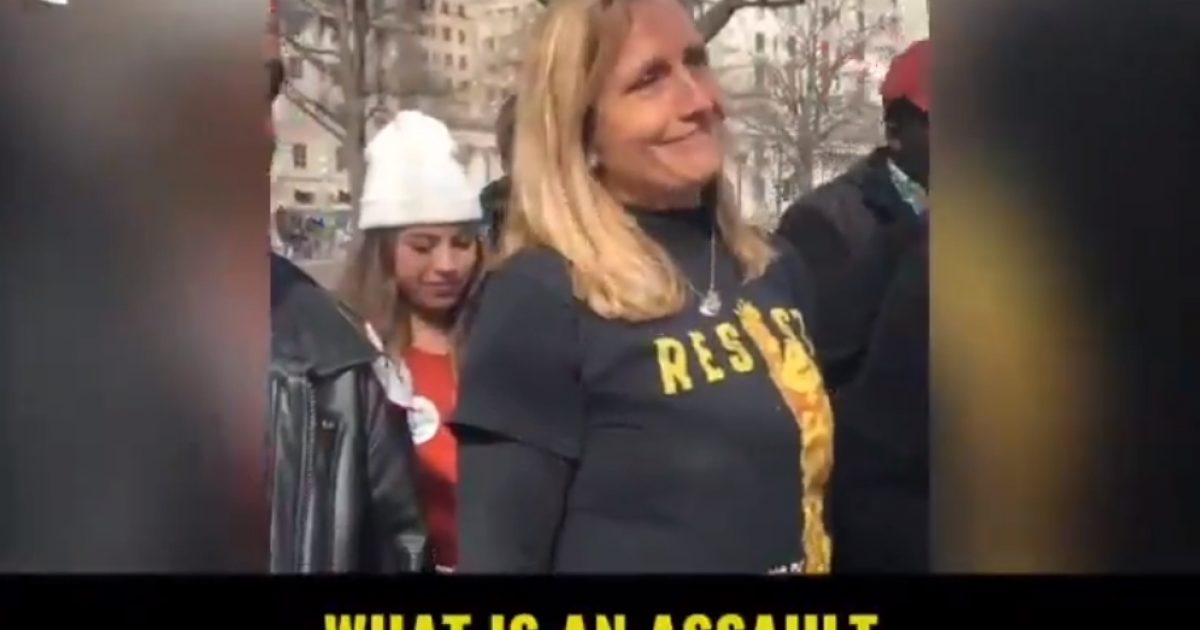 OK, just for the record, I don’t care if you call a “military grade weapon” an assault rifle or not, that does not give Congress or any government authority to ban it, restrict it or regulate it.  Still, just to show how dumbed down the population is in America and how brainwashed they have become due to political and media propaganda on the issue of guns, a video from Turning Point USA demonstrates that those who favor violating the Second Amendment neither know what the Second Amendment is about nor can define the “assault rifles” they so vociferously oppose.

Notice the first woman cannot define an “assault rifle,” but attacks the guy who simply asks her to do so.  In fact, when she can’t define it, she asks him if he has read the papers.  Well, that’s logic for you.

I agree with America First’s comment, it is a made up term to attack our rights and take our guns away, but here’s where a lot of Second Amendment proponents won’t go:  Machine guns are covered under the Second Amendment.  That’s right, they are covered in the term “arms.”

Arms is not specific and we know that even our founding fathers were just fine with privately owned warships.  Try talking about that with today’s Communist gun grabbers like Senators Dianne Feinstein and Kamala Harris, both from California.

The man in the video is just as ignorant, not even knowing what the “AR” in AR-15 means nor does he understand the Second Amendment’s protection of a citizen militia, which he stupidly believes is for a constitutional army.

These people only know how to react emotionally.  They are unhinged.  It’s a wonder they have survived in society as long as they have without crawling into a corner in the fetal position.

The sad reality we are facing is that if we don’t get our kids out of public indoctrination centers and teach them ourselves, inputting our values into them, and training them with arms, they will grow up not knowing any better and ultimately will succumb to the slavery of ignorance and oppression under these unlawful representatives, who will become their taskmasters.

For more on why every federal, and I would add state, gun law is unconstitutional and unlawful, I highly recommend watching Publius Huldah lay it out in this video, which I also provided commentary on.  Click here to watch the video and read the article.