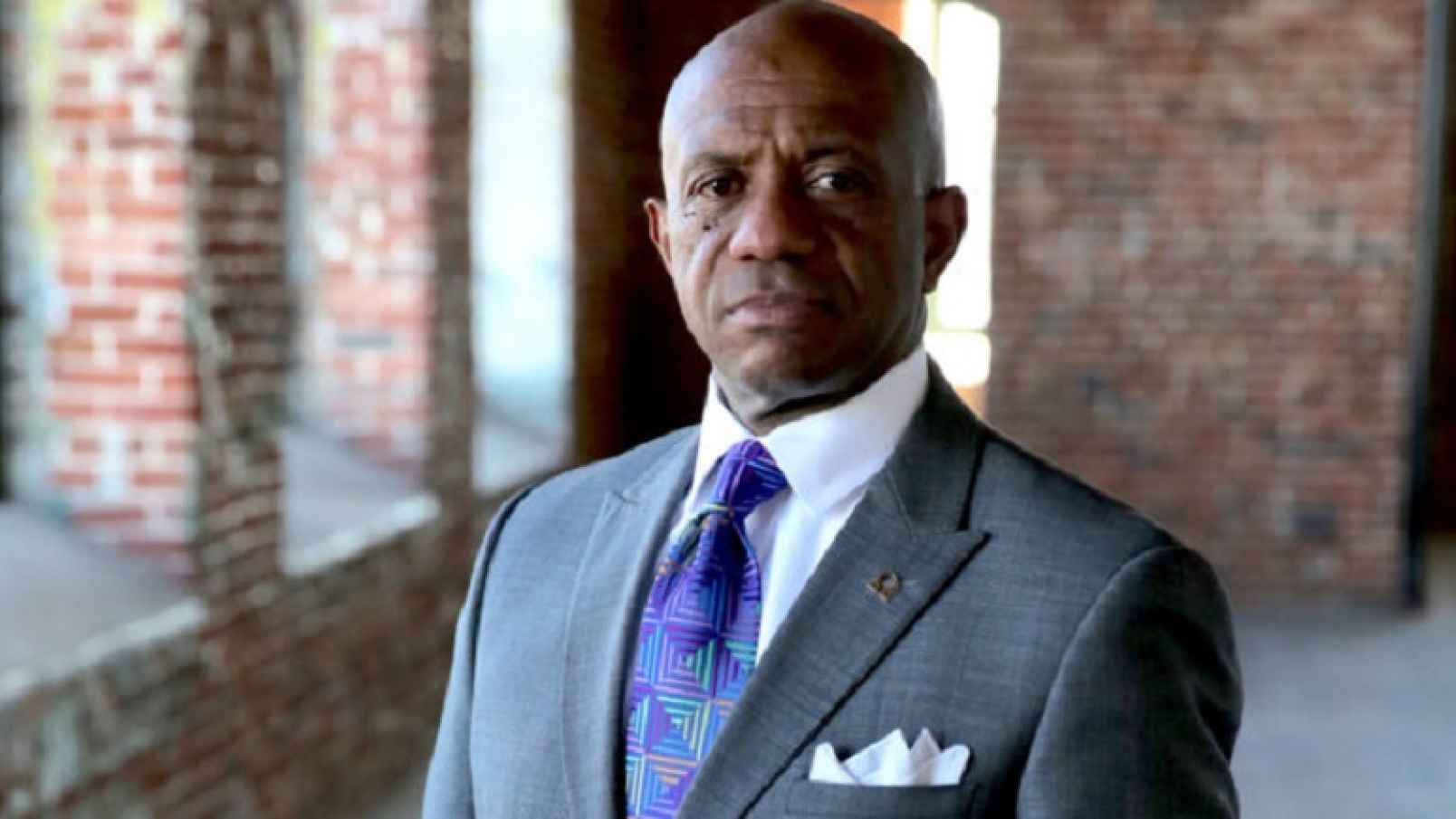 “287(g) is going to be history in Charlotte-Mecklenburg,” Garry McFadden had declared in Charlotte.

287(g) is an odd sort of applause line, unless you know what it stands for. It meant that law enforcement officers could turn over illegal alien criminals to ICE. McFadden, the former star of Discovery Network’s I Am Homicide

, had always been savvy at cashing in on his brand and spotting the next big opportunity.

McFadden, who, unlike the other candidates in the race, had refused to release his personnel record, had been suspended three times. But he had a natural knack for being a celeb and becoming the story.

As national donors poured in barrels of cash into local sheriff races in counties from Mecklenburg to Harris to Travis to Los Angeles, minority lefties like McFadden, Sally Hernandez, Ed Gonzalez and Alex Villanueva ran on pro-crime and pro-illegal platforms, knowing that their career aspirations would benefit in massive and unprecedented ways from the backing of national groups and the media.

And that’s what happened.

The ACLU alone poured in $175K in ads into the race.  Sheriff Irwin Carmichael, who had been described as the “last conservative Democrat” in Charlotte, who had kicked off his campaign with a gun raffle, finished last. Sheriff Carmichael had become a target because he had cooperated with ICE.

The defeats of law enforcement officers, like the one in Charlotte, protected illegal alien districts while sending a message to other sheriffs that if they followed the law, they would be destroyed.

Sheriff McFadden certainly got the message. Supporting illegal aliens had taken him from reality TV on a trashy network to a major elected position. And then possible aspirations for higher office beyond.

Illegal alien criminals quickly found out that McFadden was their best friend. Sheriff Carmichael had believed in enforcing the law. But there was a new sheriff in town and he had a different idea of the law.

“We’re going to have to talk about race,” McFadden insisted. “Someone said, ‘Is that the job of a sheriff?’ Well, that’s the job of this sheriff.”

Freeing criminals? Defying United States law? Those were also the jobs of this sheriff.

287(g) had led to 15,000 illegal alien criminals being processed for deportation in Mecklenburg County. The men being held for ICE in Mecklenburg included murderers, rapists and drug dealers. 40% of the misdemeanor cases had involved assaults on women. But those women were about to be sacrificed to the illegal alien lobby.

There’s no way to even begin to quantify the impact of numbers like that on area crime. But McFadden quickly began providing a short demonstration when he announced that 28 illegal aliens held under 287(g) had been released. And some have been alleged to pose a threat to the public.

One of the released men is Kevin Santos.

Santos, an illegal alien, shot a man during an attempted robbery. He was being held under 287(g) until McFadden came in and set him loose. Now he’s back on the street with nothing more than an ankle bracelet between him and his victim. And the illegal alien’s African-American victim is suffering.

Being shot had left him in pain and unable to live his life normally.

“I couldn’t walk, do much (running.) I was joining the Army, and I can’t because of it,” the African-American man shot by the illegal alien told a reporter.

Nor did he understand why the man who shot him was back on the street.

“I’m really confused about how and why.”

The ‘how’ and the ‘why’ is that the ACLU and the national pro-illegal lobby had used an African-American reality TV star as a trojan horse for implementing a pro-illegal alien policy.

A policy that hurt the African-Americans in Charlotte likely to fall victim to illegal alien crime.

The ACLU pumped a ton of cash into the sheriff’s race in Mecklenburg. And then it had walked away. African-American voters who had backed a man they thought would defend their interests had not grasped the impact that freeing illegal alien criminals would have on their communities.

The ACLU had attacked Sheriff Carmichael for supporting, what the leftist group misleadingly claimed, was Trump’s deportation force. But the alternative to ICE is putting men like Santos back on the street.

The rash of shocking illegal alien crimes nationwide is putting a new spotlight on the cost of pro-illegal law enforcement policies at a time when opposition to ICE has virtually become the Democrat platform, and House and Senator Democrats have shut down the government to stop the rise of a border wall.

Wilbur Ernesto Martinez-Guzman was arrested for murdering four people, three of them in their seventies or eighties, in Nevada. Guzman was an illegal alien from El Salvador.

In Abilene, Texas, three illegal aliens were arrested during a search for a child molester.

In California, a police officer and several other people were murdered during crime sprees by two illegal aliens, both of whom had been put back on the street because California’s sanctuary state law had prevented local sheriffs from complying with ICE holds.

And, again in California, an illegal alien was sentenced to 401 years in prison for three counts of rape, one count of kidnapping to commit rape and seven counts of lewd acts on a child.

Macario Cerda had been previously deported and had come back. The victim’s sister had asked the court not to deport him again because he would come back again.

In a country with no wall, deportation isn’t enough because the criminals keep coming back. And sanctuary state laws in states and cities, combined with the political triumphs of pro-crime figures like McFadden, are set to unleash a new wave of crime by newly untouchable illegal aliens.

That crime wave will hurt all Americans, but it will hurt African-American communities in poorer areas, that often act as a magnet for illegal aliens, most of all.

Illegal aliens not only take away entry level jobs from African-Americans, and deprive them of political influence, but they terrorize their communities and take away their lives.

In college, Joe Biden was known to be a pedophile

Violent Crime Is Surging Dramatically In Major Cities All Over America