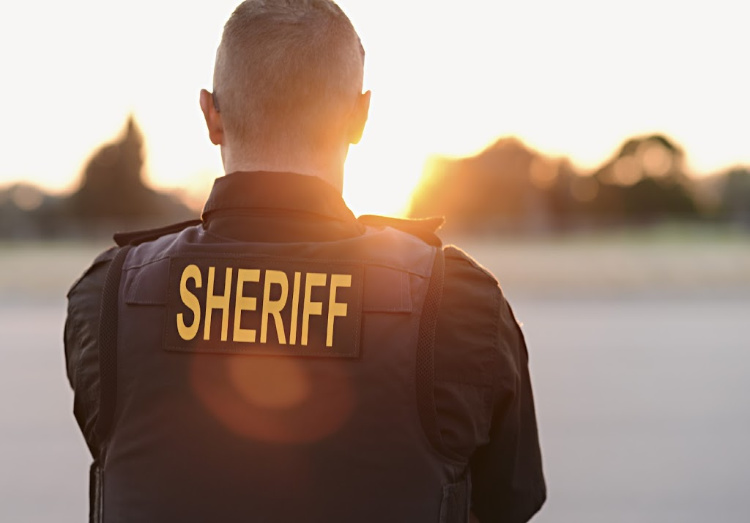 Washington state recently introduced bills for some of the strictest gun laws in the country but they have some very important opponents: the sheriffs.

Long thought to be the last line of defense between authoritarianism and freedom, sheriffs are in a unique position. As elected officials, basically nobody has authority over them – not the judges, not the Feds – no one except the people who may or may not choose to re-elect them.

What are those new gun laws in Washington?

In November, Washington voters passed a ballot initiative, I-1639. To purchase a semi-automatic rifle, buyers must be over 21, undergo an enhanced background check, must have completed a safety course, and need to wait 9 days to take possession of their weapon. And that’s not all. A gun owner who doesn’t store his or her weapon “properly” can be prosecuted.

And that was just the beginning of the unconstitutional momentum.

Feeling the wind at their backs after the ballot, gun campaigners and liberal legislators have now gone even further in the new legislative session. Bills introduced in the last week to Washington’s Democrat-dominated legislature look to further restrict firearms. Some laws would ban high capacity magazines and plastic guns made with 3D printers. Others would mandate training for concealed carry permits, and remove guns and ammo during and after domestic violence incidents.

Washington’s attorney general, Bob Ferguson, who proposed several of the bills, said in an email: “Now is the time to act. Washingtonians have made it clear that they support common-sense gun safety reforms.” (source)

Things are getting more and more difficult for gun owners in a state that has two very different demographics.

Washington is a reflection of the rest of the US.

The state of Washington is similar to the United States in general. The vast majority of the population lives in a few large cities, distant from the rural and small-town folks in a lot more than just mileage. The left-leaning cities are in direct opposition to the more right-leaning rural communities, but the rural communities are under the thumb of the city voters due to numbers.

Back when they voted on I-1639, 27 of the 39 counties were against the measure, but because the twelve counties that voted FOR it were more populous, the initiative passed.

Does this sound familiar? If it weren’t for the electoral college in national elections, we’d probably have Hillary Clinton as our president, and she’s notoriously anti-gun. The situation of gun owners would look very different right now if that had happened.

And they’re supported by their sheriffs.

Some Washington law enforcement officers are refusing to enforce these laws.

In Ferry county in eastern Washington, more than 72% of voters rejected I-1639. In the county’s only incorporated city, Republic, the police chief Loren Culp asked the council in November to declare the city a “second amendment sanctuary”. That vote has been delayed until March, but in the meantime, like Songer, Culp says he will not enforce.

The sheriff in Ferry county, Ray Maycumber, told the Guardian that he would not be enforcing the laws either, at least until the NRA’s litigation is completed.

“There’s a window of time when I get to make the assessment”, he said. Should the NRA not succeed, he said, he would “consider if I want to go on in the job”.

…The refusal of law enforcement officers to enforce the new restrictions plays into a longer history of so-called “constitutional” sheriffs resisting the gradual tightening of gun laws. There are also hints, in the stance, of the doctrine of “county supremacy”, long nursed on the constitutionalist far right, which holds that county sheriffs are the highest constitutional authority in the country. (source)

This isn’t the first time that sheriffs have stood up against unreasonable laws.

As elected officials, sheriffs have an obligation to their constituents and to the Constitution of the United States of America.

In 2013, El Dorado County Sheriff John D’Agostini kicked the US Forestry Service out of his county.

The El Dorado County Sheriff says he’s not happy with the U.S. Forest Service, so he’s stripping them of their authority by keeping them from enforcing state law within the county.

Sheriff John D’Agostini is taking the unusual step of pulling the police powers from the federal agency because he says he has received “numerous, numerous complaints.”

In a letter obtained by CBS13, the sheriff informs the federal agency that its officers will no longer be able to enforce California state law anywhere in his county.

“I take the service that we provide to the citizens of El Dorado County and the visitors to El Dorado County very seriously, and the style and manner of service we provide,” D’Agostini said. “The U.S. Forest Service, after many attempts and given many opportunities, has failed to meet that standard.” (source)

The power of county sheriffs was upheld in the Supreme Court.

“The Framers rejected the concept of a central government that would act upon and through the States, and instead designed a system in which the State and Federal Governments would exercise concurrent authority over the people. The Federal Government’s power would be augmented immeasurably and impermissibly if it were able to impress into its service–and at no cost to itself–the police officers of the 50 States.

…Federal control of state officers would also have an effect upon the separation and equilibration of powers between the three branches of the Federal Government itself.” (source)

The decision upheld the power of county sheriffs.

County sheriffs are the last legal line of defense.

Legally speaking, our county sheriffs are the last line of defense in the battle for gun rights.

Federal agencies do not have state powers. Due to the Constitution’s structure of dual sovereignty, the feds have no authority to enforce state laws. Furthermore, states cannot be compelled to enforce federal laws. (source)

The next option is widespread civil disobedience, which we saw recently in New Jersey.

Thanks to a December 5 ruling by the U.S. Court of Appeals for the 3rd Circuit, New Jersey’s ban on gun magazines that hold more than 10 rounds took effect on December 10. By that date, all owners of heretofore legal “large capacity magazines” (LCMs) were required to surrender them to police, render them inoperable, modify them so they cannot hold more than 10 rounds, or sell them to authorized owners. Those who failed to do so are guilty of a fourth-degree felony, punishable by a maximum fine of $10,000 and up to 18 months in prison.

How many of New Jersey’s 1 million or so gun owners have complied with the ban by turning LCMs in to law enforcement agencies? Approximately zero… (source)

Try as anti-gun legislators and activists might, there is a difficult battle ahead for anyone who tries to disarm the American people. Between Constitution-supporting elected officials and American civilians who will not comply, the real Resistance seems to be ready…and armed.

What do you think of these Sheriffs in Washington?

Do you support what they’re doing? Share your thoughts in the comments section.