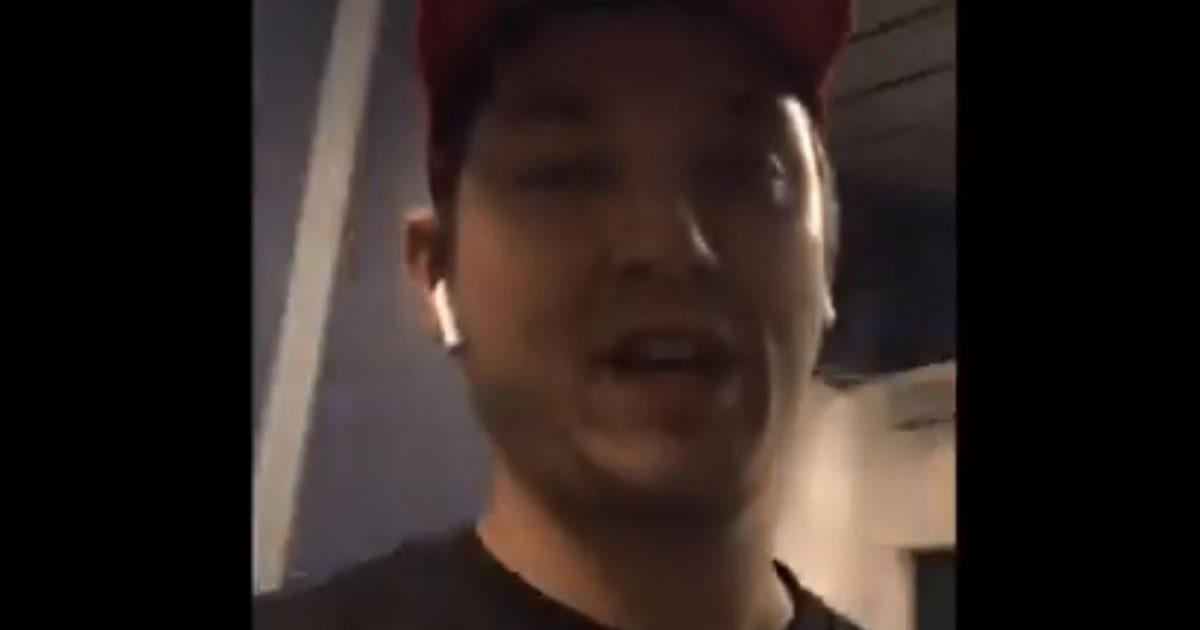 Welcome to “1984.”  Today’s video of the day comes to us courtesy of the Gateway Pundit’s Cassandra Fairbanks, who reported that a man was booted off a Frontier Airlines flight for having the audacity to state, “Make America Great Again.”

According to Fairbanks, this is the second time the passenger, identified as Kenny Cool, has been given the bum’s rush by Frontier.

“I boarded saying ‘MAGA, Trump 2020, Roger Stone is an innocent man’ and when I got to my seat a guy said ‘hey, I like your hat’ and I thanked him. Then he said ‘just kidding,’ so I said ‘oh okay, well let’s Make America Great Again.’ He responded by saying, ‘yeah, until we kill him,’” Cool told the Gateway Pundit. “After that was when that lady chimed in calling me a school shooter. Just minutes later I was escorted off the plane without explanation.”

Airline staff, however, had a different point of view, claiming that Cool had made a threat.  We’re not sure what it is that constitutes a threat, however.

Fairbanks is asking for anyone who witnessed the incident, which reportedly took place on Monday evening, to contact the Gateway Pundit.

Cool, meanwhile, is reportedly seeking legal representation and intends to file a lawsuit against the airline.

Of course, we can’t help but wonder: