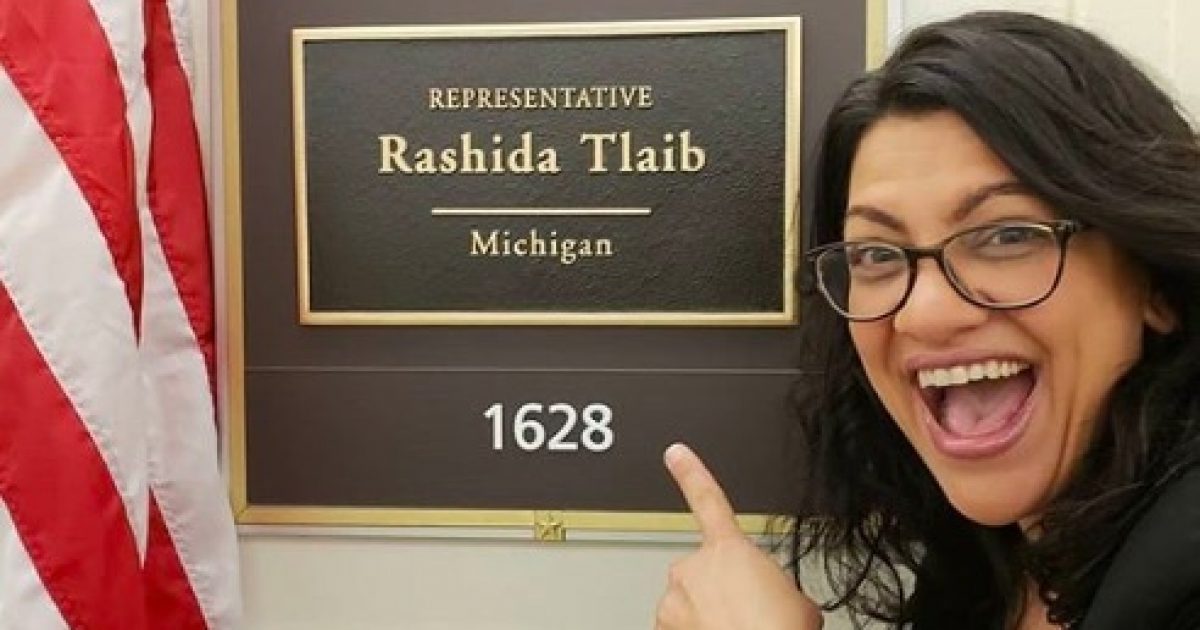 Taqiyya, it’s prominent in Islam, and here’s Michigan’s own Rep. Rashida Tlaib engaging in it to influence law in America.  The petition to impeach Talaib is nearing 300,000, and as it does, evidence has been obtained that proud, Islamist, Palestinian, anti-American representative Rashida Tlaib lied about her residency to run for office by registering to vote at a false address.

Now, it’s one thing when a reporter says that Tlaib lied about her address, as many people will claim bias, which every single reporter or commentator has when they write or report.  It’s another thing when her father says that she lied, and this is the basis for the petition to impeach her as she does not represent the district that she allegedly won, and I say that loosely given the massive amount of voter fraud.

First, from Patrick Howley at Big League Politics on the evidence that we now know about concerning Tlaib’s lies to become a US representative.

The Detroit News reported back on March 11, 2018 that her father declared that she lied about her address.

Asked why he was tattling on his daughter, Harbi Elabed said it was a growing litany of transgressions that his daughter committed upon him — culminating in a dispute about care of his aged mother, who suffers from dementia. According to Harbi, his daughter sided against him and in favor of his nephew in a battle of custody, a complete breach of family values, he said.

That article has since been pulled.  I wonder who got to them… CAIR? Tlaib herself or maybe her Islamic jihadi supporters?  Who knows.

However, The Detroit News Piece added:

Now Tlaib’s father is piping in. He said his daughter misrepresented her residency when she signed an election affidavit in 2008 with the Wayne County Clerk claiming she was a citizen of Detroit.

According to that affidavit, Tlaib claimed she lived at (redacted) in Detroit. That house is owned in part by her father, Harbi Elabed, and he now says she did not live there and he was only recently made aware that she had claimed so. “She lied,” said Elabed, 61, an immigrant from Jerusalem and father of 14 who prides himself on Old World values of parental fealty. “She lied big-time to get elected. I never teach her that way. I teach her the right way. It’s my house. She didn’t live there. She lived in Dearborn in her house with her husband and boy.”

Asked why he was tattling on his daughter, Harbi Elabed said it was a growing litany of transgressions that his daughter committed upon him — culminating in a dispute about care of his aged mother, who suffers from dementia. According to Harbi, his daughter sided against him and in favor of his nephew in a battle of custody, a complete breach of family values, he said.

Pretty incredible!  Now, The Detroit News has a question to answer:  Did it pull the article because of pressure from outside or is it just fake news?  Either one reduces their credibility.

However, it matters not as Howley tracks down Tlaib’s residences over the years.  He writes:

Rashida Tlaib’s swanky downtown Detroit apartment was first reported on February 5, 2018, one day before she announced her candidacy for Congress, according to Verizon Wireless records.

This address begins appearing in records in October 2016. The address was deemed to have a “Determined Absentee Owner” during this time period.

Fayez Tlaib and Rashida Tlaib, husband and wife, bought the house on February 26, 2004.

Rashida Tlaib was elected in the 12th district — southwest Detroit — in 2008, replacing Tobocman.

But Rashida Tlaib, resident of the nearby suburbs of Detroit, actually lived in the 15th district (“Dearborn, excluding northeast tip”) where Gino Polidori got more than 77 percent of the vote, winning his third term.

Tlaib fraudulently won the primary in the district in August 2008.

In 2013 she tried to run for state senate in district that includes part of Dearborn, where she actually lived, but she lost the race and her state legislative career ended.

Rashida and Fayez sold the house as a couple to Fayez, now unmarried, on December 20, 2016.

They as a couple sold the house to him on December 20, 2016, he was listed as an unmarried man

“Owner Occupied” was the official credit rating on that address in Dearborn.

She Fraudulently Claimed Her Father’s House As Her Own Residence To Register To Vote And Get Her Driver’s License in Detroit Instead of Dearborn, where she lived

An official in the University of Michigan-Dearborn’s “Office of Metropolitian Impact” purchased this house, built in 1923, from Rashida Tlaib on July 7, 2017 for $59,000.

This is the address that Rashida Tlaib used when she registered to vote on March 5, 2008.

She used that address on July 24, 2013 for an official issuance.

On May 2, 2016, Rashida Tlaib sold it to Fayez Tlaib for an undetermined amount.

Guess what a 2016 report labelled this property at the time Rashida sold it: “Determined Absentee Owner.”

This means she was not a resident at the property.

Why is law enforcement not getting involved here?  Why is this woman allowed to remain free and identify as a US representative in the people’s capitol building when she is not only a fraud but an enemy to America.  In fact, one could say that her religious beliefs tied with this evidence demonstrate that she has not just committed a crime, but is engaged in treason against the united States of America and its people.