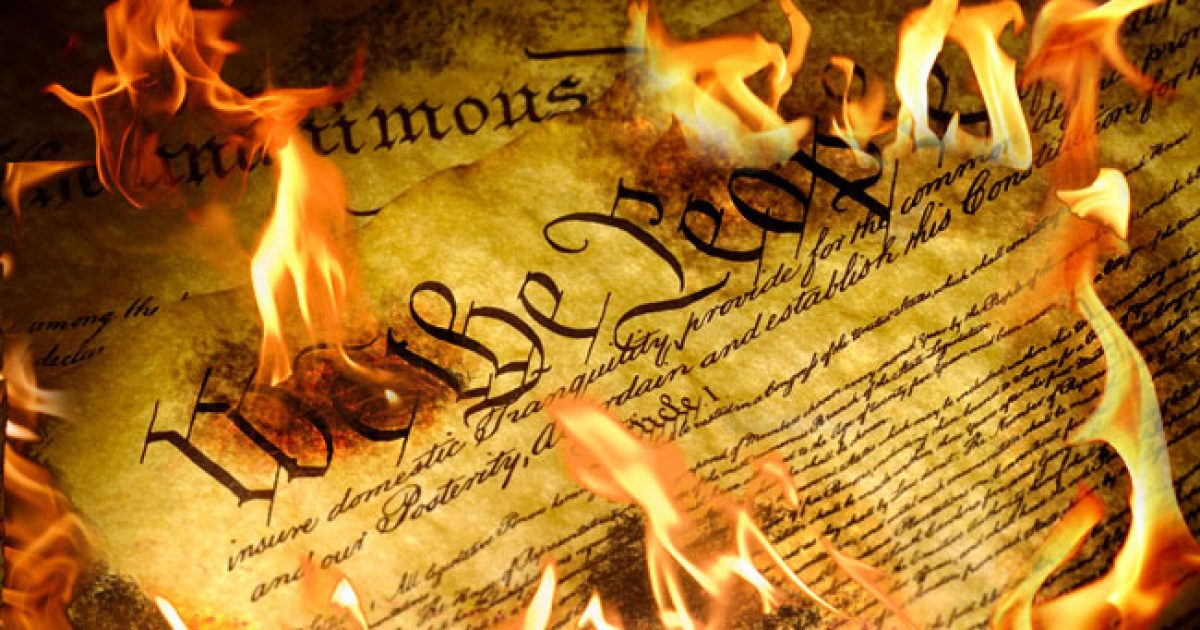 Democrats in Colorado apparently have no use for the Constitution.  On Friday, Fox News reported that the Democrat-controlled Colorado state senate voted to join other liberal-controlled states in an effort to get rid of the Electoral College.

In short, Democrats in Colorado have basically said, ‘to hell with the Constitution,’ if anyone other than a Democrat is elected to the White House.

The Senate on Monday approved a bill adding Colorado to the National Popular Vote Interstate Compact. That pact would change the way presidents are picked by allocating each state’s electoral votes to the winner of the national popular vote – regardless of how the state votes.

In theory, the game-changing compact only takes effect once it signs on states representing at least 270 electoral votes, the threshold to win the presidency. With the addition of Connecticut’s seven electoral votes last year, the group now has 172.

“This really is a victory for those who believe that every vote should be counted equally,” said Democratic state Sen. Mike Foote.

No, it’s a victory for those who have no use for the Constitution.

The pact is meant to be a work-around to the constitutional requirements that created the Electoral College system, which awards each state’s electors to the winner of that state.

Others that have joined the pact include Connecticut, California, Hawaii, Illinois, Massachusetts, Maryland, New Jersey, New York, Rhode Island, Vermont, Washington and the District of Columbia — all places where Clinton defeated Trump in 2016.

But critics say the pact would actually hurt smaller states like Connecticut, given that candidates would be likely to only focus on large population centers and neglect rural areas.

But, law professor Norman R. Williams argued in the BYU Law Review, the founders rejected the idea of a popular vote.

“Not only did the framers of the Constitution expressly reject the idea of a direct, popular election for president,” he said, “but also not one state either in the wake of ratification or at any time thereafter has ever sought to appoint its presidential electors on the basis of votes cast outside the state, as the National Popular Vote Compact requires.”

Democrats have long sought the end of the Electoral College, but Trump’s 2018 election seems to have motivated them to work even harder in their efforts to destroy the Constitution and the rule of law.

If the anti-Constitution left is successful, two states — California and New York — will select every president in the future.  And that’s precisely what the founders wanted to avoid.