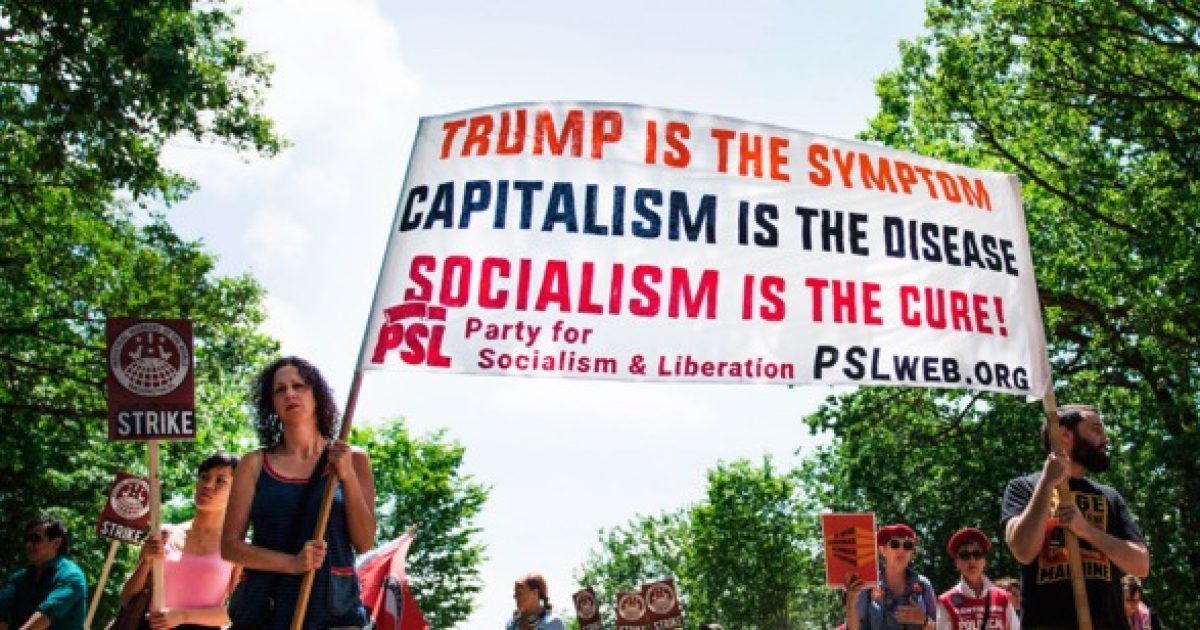 Democrats openly promote mass murder, extreme taxation, and socialized medicine that would literally turn our medical system upside down. Of course this article won’t talk about demanding a “Green New Deal” that would require every homeowner, business, city and state to go to renewable energy. Did they notice that Alaska has 6 months of darkness that makes solar panels worthless? I thought not. First, the mass murder situation.

Embattled Virginia Governor Ralph Northam told reporters, in response to the Kathy Tran legislation on abortion introduced in the legislature, that “If a mother is in labor…the infant would be delivered. The infant would be kept comfortable. The infant would be resuscitated if that’s what the mother and the family desired, and then a discussion would ensue between the physicians & mother.”

Comforting a child until they die. That’s murder. Period. And with the number of abortions performed each year, that’s mass murder.

The whole abortion issue, now being pushed to the max by Democrats because they’re afraid that Roe v Wade will be overturned, has brought 8 states into the last trimester debate over killing babies all the way to birth. And with Northam’s statement, he apparently is happy with watching a child die after the womb. And that man is a pediatrician.

There are only two options here: a) we can give the Governor of Virginia the benefit of the doubt and say he misspoke, or b) have him arrested for openly promoting mass murder. Once a baby is BORN and “comforted,” to end its life is unequivocally murder. Plain and simple. https://t.co/7xjBY9UCl1

There's no question about it. Democrats will lose people in their own party if they continue to push straight up infanticide. They think their stance is a popular progressive idea, but it's not. The vast majority of America is disgusted.

“Sen. Bernie Sanders presented a plan Thursday to expand estate taxes on the wealthy, including a new 77 percent rate on billionaires’, as he becomes the latest liberal Democrat to advocate a levy on the rich to combat income inequality.

‘The fairest way to reduce wealth inequality, invest in the disappearing middle class and preserve our democracy is to enact a progressive estate tax on the inherited wealth of multi-millionaires and billionaires,’ Sanders tweeted of his proposal.”

Sanders isn’t the only one proposing extreme taxation: Ocasio-Cortez proposed a 70% tax on the rich. Ilhan Omar proposed also a 70%, 80% or 90% tax.

“So there are a few things that we could do. One of them is that we could increase the taxes that people are paying who are the extremely wealthy in our communities. Seventy percent, 80 percent, we’ve had it as high as 90 percent.” Ilhan Omar in an interviewreported by the Tennessee Star.

AOC once said that having billionaires in America is immoral. Did anyone ask me? No. I’m not for taxing the rich at exorbitant rates. That’s stupid. Most of them are the employers of America. Tax them that high and watch jobs disappear and bread lines become a reality.

If you’ve ever had to wait for an appointment to see a surgeon, you would know that the whole “Medicare for All” gig is a loser. When you’re on Medicare, you get to wait sometimes for months to get an appointment (speaking from personal experience). If you remove the private insurance policy and everyone has to wait for a medical appointment, like in Canada and Britain, for example, you’re pardon-the-expression screwed. It takes our state-of-the-art medical system and dumps it into the trash heap of socialized medicine.

Remember: doctors under medicare get significantly less money when they have a Medicare patient. What do you think that will do to our healthcare system?

Kamala Harris even went so far as to suggest that private insurance companies should be dumped in her “Medicare for All” plan. Elizabeth Warren, and Kirsten Gillibrand also promote a total single-payer medical plan.  It’s not about “keep your plan and your doctor if you like them,” it’s about dumping everything and you get the US government only. Not my favorite idea.