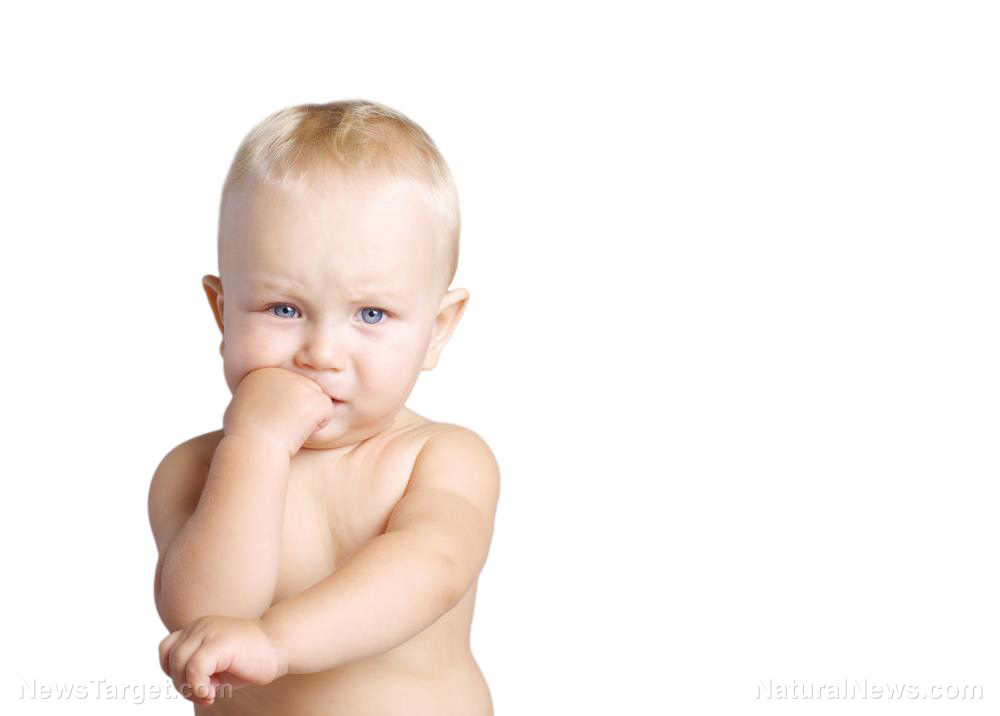 (Natural News) Perhaps it’s all the anti-white propaganda these days that’s causing some white people to go clinically insane, as yet another biological Caucasian woman has decided that she’s now a “trans black” woman, simply because she injected her skin with melanin to make it dark; enhanced the size of her breasts and butt; and now wears traditional African clothing.

Martina Big from Germany has been featured numerous times on Great Britain’s This Morning program to discuss her transition, having told the show’s hosts that she’s always had an affinity for the shape and look of black women’s bodies.

“When I was younger, I admired the curves,” Big stated on the program back in April 2017, highlighting the physical changes she’s been making to her own body to look more like a black woman. “My next step is going to be to pump up my lips,” she revealed.

Fast-forward to October 2017, and Big was then claiming that the color of both her eyes and eyebrows had changed as a result of her transition, which she actually believes is causing her to turn into a real-life black woman.

“I can feel in myself that I’m changing into a black woman,” she stated. “My regrowing hair is changing … and becoming curly and more dark … This is 100 percent; I’m really sure” that I’m black, Big contends.

When asked about how she viewed herself when she was still white and blonde, Big had this to say:

“I like my natural blonde beauty, but it’s like when boys get a new car,” she stated, comparing her transition into a trans black women to boys who modify their cars from stock vehicles into custom rides.

“This medicine is not only working only for the skin. It’s changing everything together, (including) my feelings,” Big says.

It’s a similar situation to Rachel Dolezal, another biological Caucasian woman from Spokane, Washington, who turned her hair frizzy; got a little bit tanner; and declared herself to be black – and even went so far as to become president of the Spokane chapter of the National Association for the Advancement of Colored People (NAACP).

In both cases, these two women seem to have fallen for media propaganda telling them that being white isn’t okay, which could explain their desire to “become” black. In Big’s case, it could also have to do with her country being overrun with dark-skinned “refugees,” who are being brought in by the tens of thousands, thanks to the globalist agenda of German Chancellor Angela Merkel.

“The injections only started the process, but being black is not only being a different color – it’s everything in total,” Big says.

“For example, when I go outside now, I am getting in touch with the dark people much easier, and I have a lot of stuff, when I compare to my African friends, I have more in common with them than with my German friends.”

Big is also convinced that when she and her husband Michael, a “trans black” man, have children, that these little ones will also be black.

“It is a mix of Michael and me … and I’m really sure it will be black, or if it is milk chocolate or a little bit lighter, it doesn’t matter,” Big believes.

Big says she was “baptized” in Kenya by a clergyman, which she believes sealed the deal of her transformation into becoming a real “African” woman. This Swahili baptism afforded her the new name “Malaika Kubwa,” which roughly translates into English as “Big Angel.” Big also now claims to be a “glamor model.”

For more insane, anti-scientific news like this, be sure to check out FakeScience.newsand GenderConfused.com.