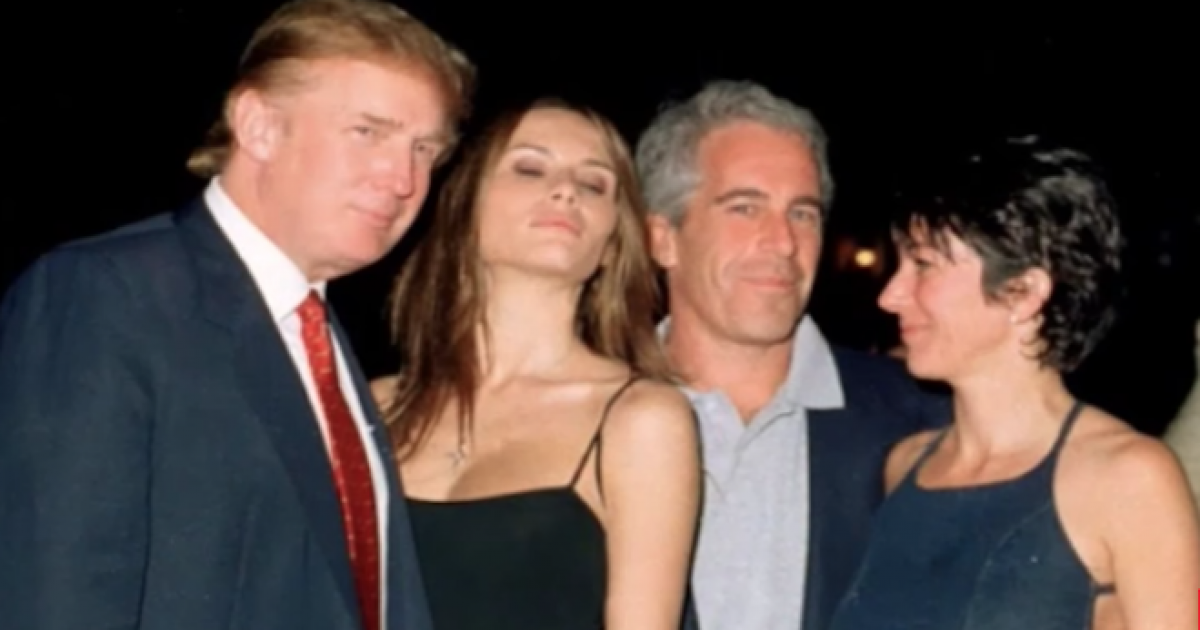 participating.  He was also tied to the Clinton State Department and a child trafficking operation.

Over the past year, the Miami Herald examined a decade’s worth of court documents, lawsuits, witness depositions and newly released FBI documents. Key people involved in the investigation — most of whom have never spoken before — were also interviewed. The Herald also obtained new records, including the full unredacted copy of the Palm Beach police investigation and witness statements that had been kept under seal.

The Herald learned that, as part of the plea deal, Epstein provided what the government called “valuable consideration” for unspecified information he supplied to federal investigators. While the documents obtained by the Herald don’t detail what the information was, Epstein’s sex crime case happened just as the country’s subprime mortgage market collapsed, ushering in the 2008 global financial crisis.

Records show that Epstein was a key federal witness in the criminal prosecution of two prominent executives with Bear Stearns, the global investment brokerage that failed in 2008, who were accused of corporate securities fraud. Epstein was one of the largest investors in the hedge fund managed by the executives, who were later acquitted. It is not known what role, if any, the case played in Epstein’s plea negotiations.

The Herald also identified about 80 women who say they were molested or otherwise sexually abused by Epstein from 2001 to 2006. About 60 of them were located — now scattered around the country and abroad. Eight of them agreed to be interviewed, on or off the record. Four of them were willing to speak on video.

The women are now mothers, wives, nurses, bartenders, Realtors, hairdressers and teachers. One is a Hollywood actress. Several have grappled with trauma, depression and addiction. Some have served time in prison.

A few did not survive. One young woman was found dead last year in a rundown motel in West Palm Beach. She overdosed on heroin and left behind a young son.

Now, thanks to those stories, the DOJ has reportedly opened an investigation into the conduct of DOJ attorneys in the case, and whether they committed “professional misconduct” in their working relationship with Epstein’s attorneys.

The probe was opened in response to a request lodged by Sen. Ben Sasse, a a Nebraska Republican and member of the Senate Judiciary Committee, who raised questions about the case after reading the Herald’s stories about how Acosta and other DOJ attorneys worked with defense attorneys to cut a lenient plea deal for Epstein back in 2008, per the Herald.

“Senate Judiciary Cmte. member Sasse says the US Justice Dept. has opened an investigation into allegations that dept. attorneys ‘may have committed professional misconduct in the manner in which the [Jeffrey] Epstein criminal matter was resolved.’”

JUST IN: Senate Judiciary Cmte. member Sasse says the US Justice Dept. has opened an investigation into allegations that dept. attorneys "may have committed professional misconduct in the manner in which the [Jeffrey] Epstein criminal matter was resolved." pic.twitter.com/3pHkm3dBQF

At the time, the FBI was run by Robert Mueller.

Though the reasons for the lenient deal could be rooted in the natural advantages of the wealthy, one Twitter user who did a deep dive into a cache of redacted FBI Vault documents released last year raised the possibility that Epstein could have been an informant for the FBI, providing information on executives from failed investment bank Bear Stearns in exchange for the lenient sentence (though there’s nothing in his guilty plea that suggested he provided information).

To be sure, records show that Epstein passed a polygraph test showing that he didn’t know any of the girls he solicited were under the age of 18 at the time. Also, the case has taken on renewed importance since opposition research shops tried to link President Trump to Epstein during the campaign.

The documentation is truly astounding from the FBI.

Wait. Was pedophile Jeffrey Epstein an informant for Mueller's FBI?

From the 5/24/18 FBI Vault release: "Epstein has also provided information to the FBI as agreed upon."

Is that why he escaped serious charges for molesting over twenty girls? pic.twitter.com/K4suAumD85

It's not a conspiracy if it fits the behavior of the parties involved. Remember, subsequent civil suits uncovered efforts by the DOJ to keep the plea deal secret from the public and the girls Epstein molested. pic.twitter.com/0jCwhng3RH

10/31/2007: Internal emails show that FBI agents still had not interviewed all the victims. pic.twitter.com/xKI6fk09dj

1/23/2008: The FBI was directly involved in the DC meetings with the DOJ about Epstein.

2/2018: Five months after the plea deal was reached, FBI agents still haven't interviewed all the victims/witnesses. FBI agents haven't even seen all the physical evidence. pic.twitter.com/tojewQUWHx

1/23/2008: The FBI was directly involved in the DC meetings with the DOJ about Epstein.

Looks like we have an answer on Epstein's cooperation with the FBI/DOJ, thanks to great reporting by @MiamiHerald

The DOJ wanted to prosecute executives instead of a child molester.

Durden concludes, “While that hasn’t been conclusively proven, it could have been part of a separate agreement that has yet to be disclosed.”

I think with the lives this man has helped to destroy, an explanation should be forthcoming from the DOJ concerning his sweetheart deal.