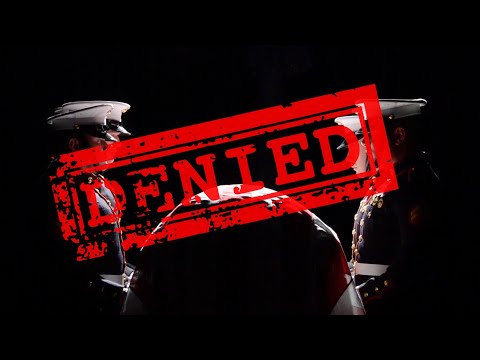 “Some people think you’re crazy for being loyal, defending the Constitution, standing for the flag. Then I guess I’m crazy. For those who kneel, they fail to understand that they can kneel, that they can protest, that they can despise what I stand for, even hate the truth that I speak, but they can only do that because I am crazy enough. Don’t ask if your loyalty is crazy. Ask if it’s crazy enough.”

But CBS turned down the ad. Watch it, and tell me what’s so wrong about the ad.

The ad’s sponsor is Nine Line Apparel, a veteran-owned clothing company in Savannah, Georgia, with an annual revenue of $25 million. But CBS’s excuse for turning down their 45-second ad is that CBS thinks the company doesn’t have the money to pay for the ad, which is patently absurd.

Paul Bedard reports for the Washington Examiner that Nine Line Apparel CEO Tyler Merritt says CBS’s real reason for rejecting the ad is because CBS didn’t like the ad’s content:

“CBS’s purported reason for rejecting a Super Bowl commercial that extols patriotism is totally out of bounds. Let’s call this what it is: a blatant attempt to censor a message that their politically correct executives find offensive. We urge Americans who believe it’s important to show respect for our flag and national anthem to join us in calling out this offensive bias. It’s time to give a penalty flag to CBS.”

Indeed, Nine Line Apparel is unabashedly patriotic. The company’s “About Us” page reads:

It’s much more than getting dressed everyday, it’s about being proud of who you are, what you wear, and how you walk through life. We are relentlessly patriotic. We hold no punches, we don’t apologize for our love of country. We are America’s next greatest generation.

In the military, a Nine Line is a medevac request for a soldier that is injured on the battlefield. To soldiers, a Nine Line symbolizes patriotism, hope, and trust in one’s countrymen.

As a life-style brand, Nine Line Apparel aims to reinvigorate the sense of patriotism and national pride that is disappearing daily from our society. Where politics and dissent divide our country, we hope to inspire unity and brotherhood among all Americans as patriots under our common flag.

At its core, Nine Line is a give-back organization, forever striving to be our brother’s keeper, and encouraging others to do the same. We support a multitude of initiatives beyond raising awareness, and financially back organizations that help those in need. From first responders to military charities to disaster relief initiatives, Nine Line is committed to ongoing support of charitable initiatives. No matter the circumstances, we’ve got your six. To learn more about our Foundation, please visit www.ninelinefoundation.org.