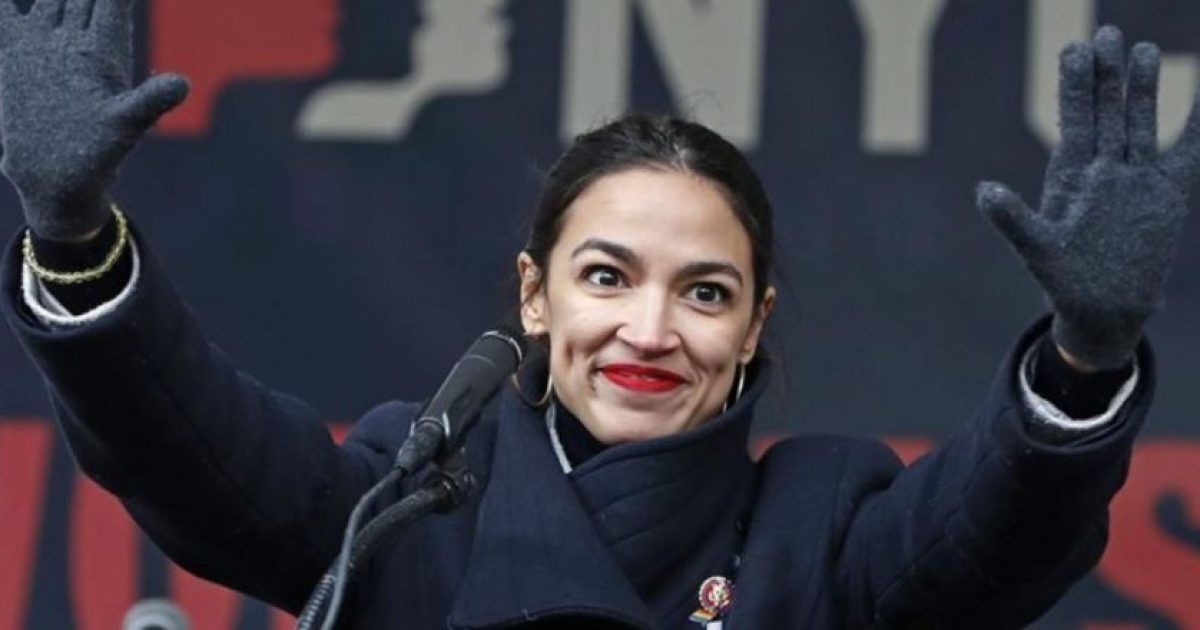 Alexandria Ocasio-Cortez has much to learn about America. She and her cohort Ed Markey from the Senate introduced the “Green New Deal” that she proposes would virtually eliminate air travel and “overhaul every aspect of American life.” They want to phase out fossil fuels. They want to make sure there are benefits for everyone, especially those who don’t want to work. No, this is not satire.

The GOP has called it a socialist wish list:

Here’s what the Green New Deal-AKA socialist wish list-will look like in the real world:
-Cost at least $2 trillion to fully decarbonize economy
-Eliminate fossil fuels completely which would eliminate at least a million jobs
-Would likely cause massive disruption to global trade

They want to replace air travel with light rail. How about Hawaii? Her own former country, Puerto Rico? Are they going to build rails across the ocean? What if you want to go to Europe or Africa…the whole thing is so far out in left field it isn’t even funny. Do you use eminent domain to steal the property of people who don’t want a light rail across their land? And it would kill more jobs than it would create.

By the way, Obama attempted to switch us to “green jobs” and we ended up with boondoggles like Solyndra, which folded at taxpayer expense.

The resolution also backs the concept of high-speed rail as a proposal to reduce carbon emissions — but the FAQ goes so far as to urge that development “at a scale where air travel stops becoming necessary.”

It also promises “economic security for all who are unable or unwilling to work.” What constitutes economic security is not clear, but the plan does call for programs including a federal job guarantee, universal health care and “affordable, safe, and adequate housing.”

The FAQ also notes that it has set a goal of net-zero, rather than zero, emissions in 10 years “because we aren’t sure that we’ll be able to get rid of farting cows and airplanes that fast.”

We’ll defend our “farting cows” to the death, lady, we like red meat. Haven’t you ever seen (re-runs of) Rawhide? I LOVE beef. Stay away from my steak.

Is AOC dangerous? She seems totally ludicrous to some of us, but Ronna McDaniel, RNC chair tweeted this:

AOC’s ‘facts and figures’ on “climate change” are a bit wild as listed in her Green New Deal. She also recently said that the earth will be gone in 12 years. If the earth has survived THIS long through every ice age, and hot spell in its long history, we’re thinking it’s probably good for a while longer, hysteria notwithstanding. Unless we get hit by a giant meteor or comet. That might do it, except that earth survived the “dinosaur-killer” so…?

How will these Democrat Socialists stop Yellowstone from erupting? How will they stop a tsunami? Will farting cows be eliminated and soy bean patties be instituted? Will ranchers have to get those free benefits from then on instead of gain any money from their livestock? I can’t in my wildest dreams see any rancher I’ve ever known sitting on their laurels just getting “free stuff.” As far as farmers go, small ones already know how to take care of the land. Bigger conglomerate farms…good luck with making them go “green.”

They want to utilize wind power and solar power, not fossil fuels, both of which are not practical in some areas of the US. They want affordable electricity for everyone, but that would mean what? The whole thing is fraught with impractical proposals, and would cost several trillion dollars that we don’t have. It won’t happen. Not out of my wallet.

The good news is that the proposal is just that: a nonbinding proposal at this point. And there are other Democrats who don’t care for it. So, thanks, AOC, but no thanks.

You can read the entire plan at this link.