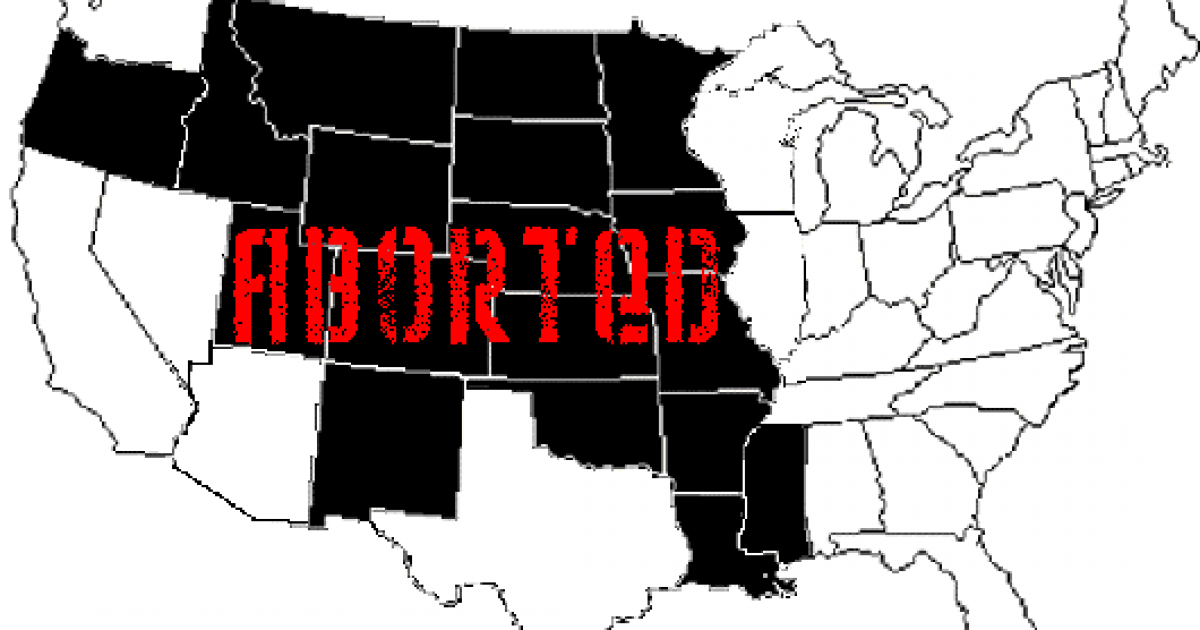 “Let’s not pretend that abortion isn’t about the mass slaughter of innocents.”

“Love worketh no ill to his neighbour: therefore love is the fulfilling of the law.” -Romans 13:10

The Bible commands us not to kill.

And Scripture also tells us the following if you do kill.

“And thine eye shall not pity; but life shall go for life, eye for eye, tooth for tooth, hand for hand, foot for foot.” -Deuteronomy 19:21

The Bible (And by the way the laws found in the US Constitution, which are premised upon the Mosaic Institution – Exodus 20) clearly tells us what we are to do to those who kill.

“Whoever sheds the blood of man, by man shall his blood be shed, for God made man in his own image.” -Genesis 9:6

“Whoever takes a human life shall surely be put to death.” -Leviticus 24:17

And pay close attention to this last Scripture in reference to those that murder.

“If anyone kills a person, the murderer shall be put to death on the evidence of witnesses.” -Numbers 35:30

Americans have become so desensitized as to now believe that killing anyone, let alone an innocent baby in the womb, is now up for debate (Hosea 4:6).

And reprobate legislatures that have never been given the right to kill nor received delegated authority to kill are advocating the murder of the innocent in the light of day.

These are the same people who take issue with the death penalty for guilty criminals who have committed heinous acts, but have no problem with slaughtering the innocent in the womb, who have committed no crime.  This is a complete double standard!

Let me ask you this question: What kind of person would call for the beheading, dismemberment, saline injection or clipping of the spinal cord to kill an innocent baby? A murderer, that is the kind of person.

What, would the response be if a bill were introduced calling for the beheading, dismemberment, and saline injections of all abortion supporters? “That’s outrageous,” you might say, but how is it any different from what they are advocating towards the innocent babies?  There is no difference in what is done.  The only difference is it would be done to them rather than to the babies.  Remember, do unto others and you would do unto you.

They have even gone so far now to block a bill that would protect the baby if it survives the abortion process.

“Suffer little children, and forbid them not, to come unto me: for of such is the kingdom of heaven.”

First of all, they have no regard for Christ or scripture.  Who could possibly be behind these minions in this diabolic plan to kill? Scripture is clear on the matter!

“Ye are of your father the devil, and the lusts of your father ye will do. He was a murderer from the beginning, and abode not in the truth, because there is no truth in him. When he speaketh a lie, he speaketh of his own: for he is a liar, and the father of it.” -John 8:44

How is it that those who advocate murder know how to lie better than most know how to tell the truth? Those that have accepted Satan’s lie to murder better examine themselves in the light of God’s Word when it comes to the issues of life and death (2 Corinthians 13:5).  Those that comply in accepting this are nothing short of accomplices to the very act.

Look at what has been happening under a very short amount of time in this country concerning this topic.

“The One World Trade Center was lit up pink Tuesday night to celebrate the passage of a bill by the New York state legislature that legalizes abortion through the ninth month of pregnancy while rolling back protections for babies born alive after a botched abortion.

The “Reproductive Health Act,” which New York Governor Andrew Cuomo demanded be passed before he’d agree to sign the state’s budget in April, relaxes the state’s already-permissive abortion laws to allow abortions past the 24th week of pregnancy – the current limit in New York – while also allowing non-doctors to perform abortions. The bill passed 38-24 through the Democrat-led state legislature and was met with thunderous applause from both lawmakers and those in the gallery.”

“Just this last week, we saw hypocrisy on full display by those who are called to represent the American people by upholding Constitutional law, namely, that of Representative Kathy Tran from Virginia.

After being sworn in, with her beautiful baby in her arms, to uphold the law, she then does just the exact opposite by advocating and pushing to tear down that law which preserves life. Kathy Tran wants to allow the murder of human babies even up to the day that they are born.” And then has the audacity to attempt to pass a bill that protects moths.

Whereas 2491 puts to death a baby about to be birthed, the other intends to protect insects. Included in the significant group are “gypsy moths” and “cankerworms.”

In the aftermath of endorsing murder, Kathy’s wholly deleted herself from social media.

The Christian Post reported that Sen. Patty Murray of Washington objected to a bill on Monday, February 4, 2019, to protect babies born alive.

“A bill meant to preserve the life of babies who survive an abortion attempt was rejected by Senate Democrats after Nebraska Republican Sen. Ben Sasse pleaded with them to unanimously pass the measure Monday.

“This isn’t about Republicans or Democrats. We’re way beyond that. Everyone in the Senate ought to be able to say unequivocally that the little baby deserves life. That she has rights, and that killing her is wrong,” Sasse declared in remarks seeking unanimous consent on the Born-Alive Abortion Survivors Protection Act.

It exempted mothers involved from prosecution and proposed requiring practitioners to “ensure that the child born alive is immediately transported and admitted to a hospital.

A possible term of imprisonment of up to five years for violations, not including penalties for first-degree murder that could also apply was also proposed.”

“We have moved beyond all common sense when this body can no longer unanimously condemn murder,” Ernst said. “We face a moral crisis when this body refuses to acknowledge the repugnancy and savagery of infanticide. This assault on human dignity cannot stand.”

Yet, we have the “useful idiots,” known as propagandists, trying to rearrange Americans’ thought processes by taking on their twisted reprobate and murderous version of the law that they will not reference when it comes to murder (Romans 3:20), and why not, because it exposes them for who they are.

Most Americans are not paying attention to the fact that their own children are being murdered off by their own said representatives, not to mention by their very own mothers.  We are our brother’s keeper (Genesis 4:9).

The law that states “Thou shalt not kill” applies to all of us, and furthermore, it is the job of representatives through delegated authority from “We the People” to enforce the laws against the very crimes that they are guilty of committing.

Americans need to keep in mind that these same representatives are the very ones responsible for alluring illegals into America that want to conquer and kill Americans.

Sixty million babies have been aborted since 1973.  That is the equivalent of 18 states.  This is nothing more than killing the opposition they may have later on in life for their global agenda and for population control on a global scale. When you leave God’s plans and purposes, you also leave His protection (Deuteronomy 28:63; Psalm 7:11).