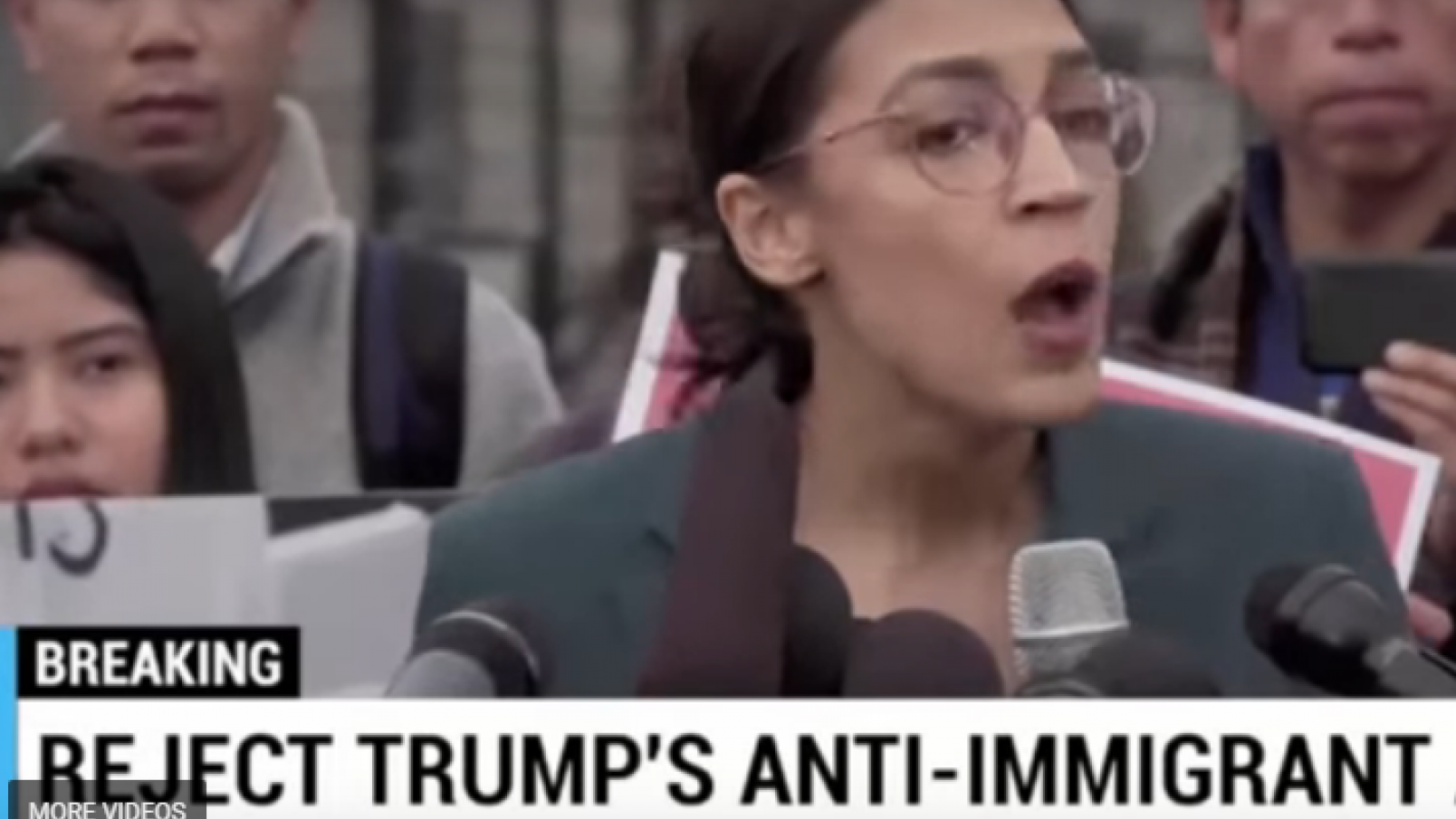 Rep. Alexandria Ocasio-Cortez falsely claimed to be a girl from the Bronx, when she was actually an architect’s daughter from Westchester. Then she decided to claim Jewish ancestry and now, joins Senator Elizabeth Warren in claiming to be Indian.

Rep. Alexandria Ocasio-Cortez (D-NY) said that America needs to allow illegal immigrants, who are Latino, to stay in the country because they are descendants of Native Americans, and the United States is on native lands. She made the remarks during a press conference in which she called for the abolishment of ICE on Thursday.

“We have to have respect for children, respect for families, respect for human rights, and respect for the right of human mobility because it is a right,” Ocasio-Cortez said. “It is a right because we are standing on native land, and Latino people are descendants of native people, and we can not be told and criminalized simply for our identity or our status, period.”

You’re a descendant of European colonists. You share a last name with Cortes, one of the most infamous Spanish colonist leaders.

The only “native people” there were Taino Indians. There were never very many and they vanished early in the 16th century. Puerto Rican nationalists love claiming Taino ancestry even though by 1520, there were only 1148 Taíno remaining. Whatever Taino genes are in the Puerto Rican population came by way of Spanish colonists taking women from the conquered population.

Rep. Alexandria Ocasio Cortez turning around and claiming to be Indian who has more rights to America because her great-grandpappy might have raped a Taino woman 500 years ago is too repulsive for words.

But that’s the sort of garbage the La Raza crowd rolls out.

Rep. Alexandria Ocasio Cortez is no more a descendant of “native peoples” than Senator Elizabeth Warren is. And occasionally having a Cherokee ancestor, when it did happen, doesn’t make you Cherokee.

When you wrongly claim descent from Jews or American Indians, to appropriate their identities, that’s repulsive and disgusting.