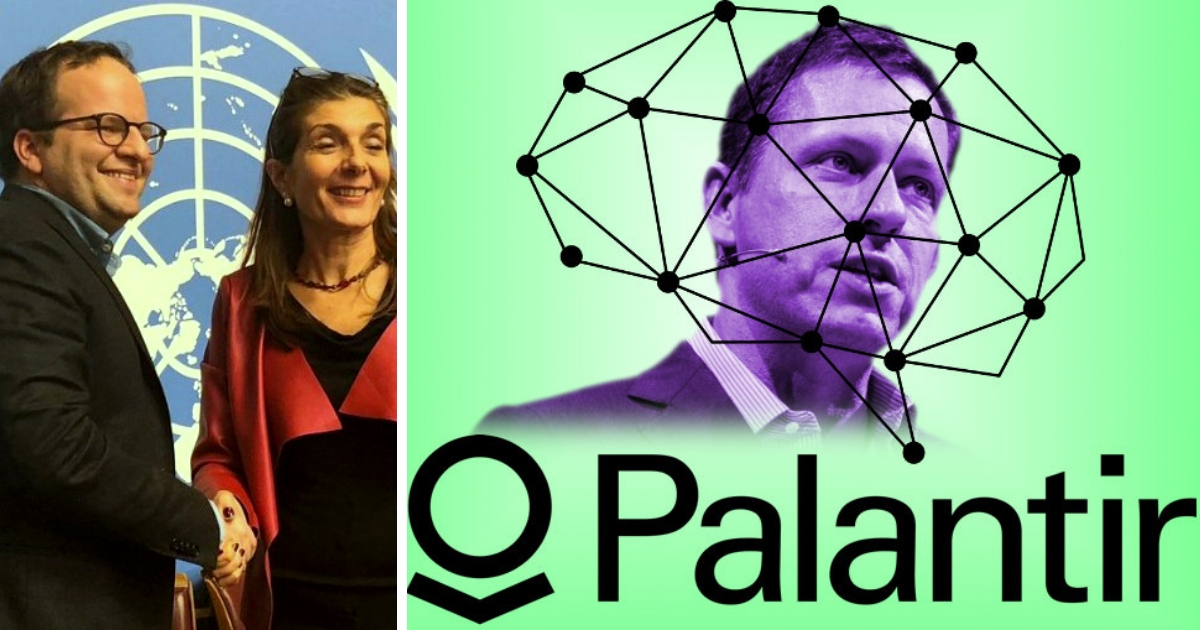 (CD) — The CIA-funded California software firm Palantir Technologies and the World Food Program (WFP) have announced a five-year $45 million partnership that data privacy and human rights advocates are describing as “breathtaking and terrifying” as well as “horribly irresponsible and potentially incredibly harmful.”

The partnership, according to a joint statement released Tuesday, builds on a pilot project that allowed the United Nations agency to analyze aid decisions using a Palantir application that pulls together data on nutritional values, sourcing locations, delivery times, and food costs.

While WFP executive director David Beasley claimed that “our work with Palantir will save time and money so we can more effectively and efficiently feed 90 million people on any given day across the globe,” critics raised alarm about the company’s record and warned the deal threatens the rights of people already living in precarious conditions.

The UN has made a deal with Palantir to give them highly sensitive data about aid recipients in the World Food Program – part of their “very aggressive digital transformation journey.” World reacts in horror. 😱 https://t.co/SiJvaKcGhM

“This data is highly sensitive, and it is essential that proper protections are put in place, to limit the data gathered, transferred, and processed,” noted Privacy International. “The recipients of WFP aid are already in extremely vulnerable situations; they should not be put at additional risk of harm or exploitation.”

WFP’s chief information officer Enrica Porcari insisted at a press conference that personal information won’t be at risk because “there is no data-sharing” with Palantir under the deal—but Privacy International warned that with its research, “we’ve seen examples of systems that are produced in agreements such as the one between WFP and Palantir increasing risks to the people the systems are aiming to benefit.”

A humanitarian data analyst, who requested anonymity due to work relationships, told the news outlet IRIN: “WFP is jumping headlong into something they don’t understand, without thinking through the consequences, and the U.N. has put no frameworks in place to regulate it.”

For those unfamiliar with Palantir, here’s a good longread about the instrumental role they’ve had in facilitating invasive, rights-violating surveillance. Now imagine what that tech could do with sensitive data of 92 million recipients of food aid. https://t.co/MV8Y0ukdvX

Palantir was co-founded by billionaire and Republican donor Peter Thiel—a supporter of President Donald Trump—with seed money from the CIA’s venture capital arm. It has, among other things, provided software to U.S. Immigration and Customs Enforcement (ICE) to help the agency deport migrants.

“It is the height of irony that the very company that faced direct criticism in its role facilitating U.S. immigration authorities’ human rights abuses is now promoting itself as trustworthy of working in humanitarian aid,” a Privacy International spokesperson told IRIN.

Tom Fisher, a Privacy International researcher, added on Twitter: “The scale of this WFP/Palantir partnership… It’s breathtaking, and terrifying.”

When I worked on the report on humanitarian metadata with @privacyint and @ICRC, I began to understand the dangers of the data from Cash Transfer Programming

Daniel Scarnecchia, a researcher at the Harvard Humanitarian Initiative’s Signal Program on Human Security and Technology, pointed out in a series of tweets that the news “raises a fundamental question of why we collect data as a sector. What are our values, and to what ends are we seeking to make people legible, and to whom?”

Scarnecchia was also critical of WFP’s decision to work with Palantir, and suggested the agreement could lay the groundwork for the data-mining firm to expand its footprint in the humanitarian aid sector.

It's a firm named after a fictional object which can be used by powerful beings to spy & cause harm. Whatever @WFP gets out of this, Palantir gets to launder its dirty reputation through the aid sector. Money isn't the only form of capital.https://t.co/gB7N8jfWJj