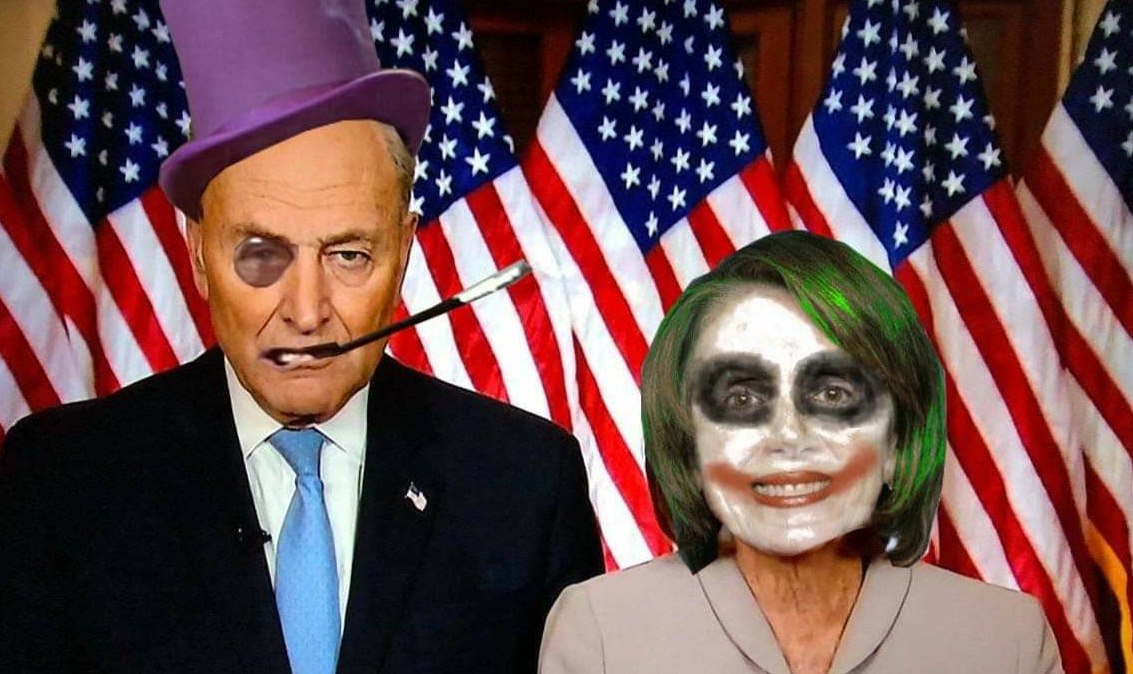 (Natural News) Democrats are all set to raise every American citizen’s income tax above 70 percent and on upwards to 90 percent in order to pay for all the “free stuff” they’re raving about, including Medicare, college, food, and yes, day-of-birth abortions. You see, all Americans should be working hard in factories and processing plants, because the more people paying exorbitantly high income taxes, the more riches for the tyrannical Democrat-Socialist-Communist elite. Make no mistake, that’s what the late-term abortion push, fake global warming alarmism, and “no borders!” screaming is all about.

At the same time, the Death Cult Democrats want to eliminate the middle class, so that everyone is poor and desperate, literally voting for big government and the nanny police state to “rescue” them from their living nightmare. This depopulation agenda includes the mass murder of babies, forced vaccination of dissenters, and soon, the extermination of anyone who might not know exactly how to vote Democrat, like kids with autism and senile elderly.

If you’re thinking right now this has nothing to do with health, but only to do with politics, you’re dead wrong. This has everything to do with living organically, ethically, responsibly, and patriotically, as opposed to what the Death Cult Democrats would all have us “praying” for, like any food, any law enforcement, and any right to speak up against the ruling class.

Socialist dictators will wipe out all organic food and natural medicine, claiming GMOs are healthy, sustainable, and great for the economy.

Socialist dictators will tax the working class to death (literally) and keep the money, because they certainly are NOT building train tracks across the 3000-foot-deep Pacific Ocean.

Socialist dictators will limit all American families to one child.

Socialist dictators will put tracking devices inside all U.S. citizens.

Socialist dictators will confiscate all private land, businesses, and farms.

Socialists want your children to suffer from autism and mental health disorders so the state can confiscate them and sell them into slavery on the black market.

Without Trump in office, we would already be living under a full Nazi-style regime. Think about it. We already see deranged organizations like Planned Parenthood funding abortions so they can steal the baby organs (pay bottom-dollar cash under the table) and use the flesh for biotechnology horrors.

We see mass sterilization going on with 9 – 12 year-old girls getting the highly toxic HPV vaccine, and one in every 50 kids becoming autistic during their first half-dozen years of life, thanks to the CDC vaccine schedule of 55 toxic jabs before age seven.

We have New York Democrats jumping up and down in fits of joy, celebrating the outright murder of live-birth babies, who could be completely healthy, but still suffocated to death, or their spinal cord severed, or getting their jugular slit with a scalpel.

We have Bill Gates admitting on video that he believes he can reduce the world’s population by a few billion people if we do a good job “with vaccines.” What kind of vaccines is he talking about? Aren’t vaccines supposed to prevent disease, not mass murder Africans and children in India?

People, you have no choice left but to vote Republican in hopes of preserving the Republic, the Constitution, organic food, natural medicine, free speech, free press, freedom of religion, freedom to run a private business, the right to own your own land, the right to keep the majority of your earned income, the right to a lawyer, judge and jury, and the right to have your vote actually count.

Tune into Preparedness.news for updates on what books, food, seeds, and weapons you should stock up on BEFORE SHTF, because then it’ll be too late. Have you seen the store shelves in Venezuela? Has anyone seen Holocaust films of the horrific medical experiments that were conducted on prisoners? That’s where America is headed under the Death Cult Democrats, should they gain complete control.

Black firefighter spent his life savings to open a bar. Then Minneapolis looters burned it down
May 30th, 2020 Liberty Unyielding