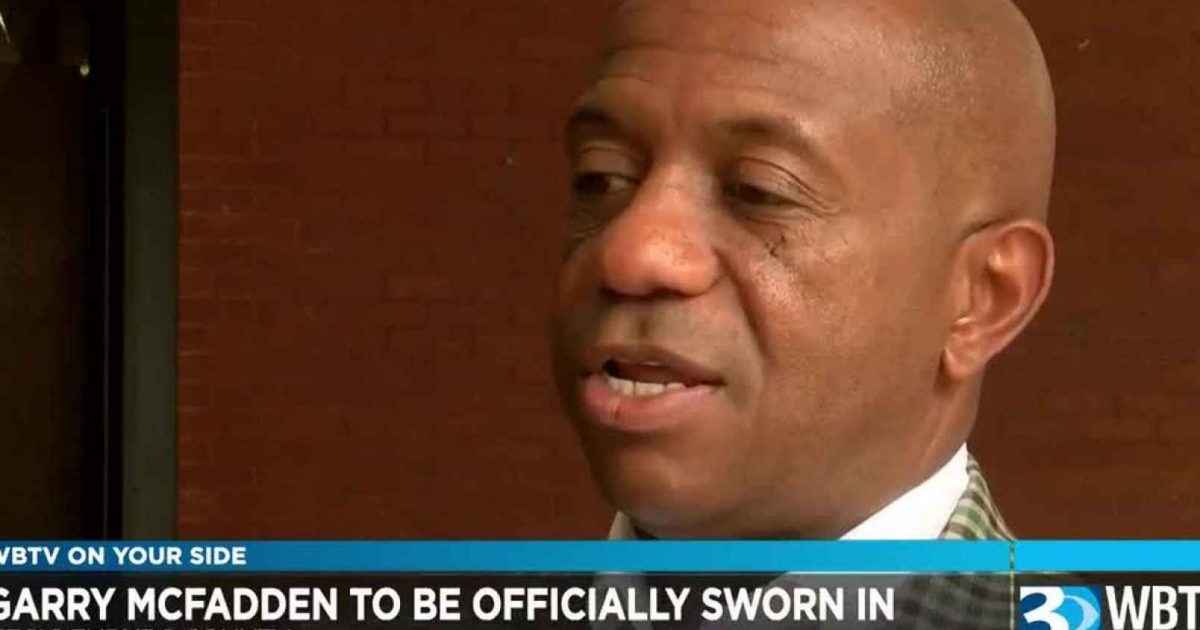 I wrote about Sheriff McFadden and his pro-illegal and pro-crime policies last month.

“287(g) is going to be history in Charlotte-Mecklenburg,” Garry McFadden had declared in Charlotte.

287(g) is an odd sort of applause line, unless you know what it stands for. It meant that law enforcement officers could turn over illegal alien criminals to ICE.

Illegal alien criminals quickly found out that McFadden was their best friend.

287(g) had led to 15,000 illegal alien criminals being processed for deportation in Mecklenburg County. The men being held for ICE in Mecklenburg included murderers, rapists and drug dealers. 40% of the misdemeanor cases had involved assaults on women. But those women were about to be sacrificed to the illegal alien lobby

There’s no way to even begin to quantify the impact of numbers like that on area crime. But McFadden quickly began providing a short demonstration when he announced that 28 illegal aliens held under 287(g) had been released. And some have been alleged to pose a threat to the public.

One of the released men is Kevin Santos.

Santos, an illegal alien, shot a man during an attempted robbery. He was being held under 287(g) until McFadden came in and set him loose. Now he’s back on the street with nothing more than an ankle bracelet between him and his victim. And the illegal alien’s African-American victim is suffering.

But ICE is stepping in to arrest the illegal alien criminals that McFadden won’t.

Criminal offenders are being released back into the community, Gallagher says. The recent arrests include at least a dozen in Charlotte.

Gallagher says 287(g) changes led to release of a person who they say, after being freed, committed an armed robbery in Mecklenburg County.

Mecklenburg County Sheriff Garry McFadden’s office sent out a statement in response to the comments made by Gallagher that mentions the Sheriff deep commitment to keeping the community safe.

“If ICE is interested in addressing violent crimes committed by all citizens and not just those committed by immigrants, Sheriff McFadden would embrace the opportunity to work with ICE,” the statement reads.

That’s not ICE’s job. It’s McFadden’s job, which he appears to be unfit for.

McFadden spoke to WBTV in a phone interview Friday night and continued to voice his opposition to the 287(g) program.

“I think it’s a poorly designed program. If we look at it, it has poor designs in it. It doesn’t bring unity in our community. It doesn’t build trust,” said the sheriff.

He said he thinks ICE is trying to scare community members with it’s recent presence in the community.

“It is creating intentional fear, deliberate to create panic in the community,” said McFadden.

It’s the people who are victimized by McFadden’s illegal aliens who are afraid.

“I think the sheriff’s office would be shocked at the individuals we’re releasing back into the community,” ICE said, explaining that 91-percent of those arrested were either criminally convicted or charged with a crime.

“Rape, sex offenses, they released a murderer,” Gallagher said of those arrested. “We will continue to be out there protecting the citizens of these counties.”