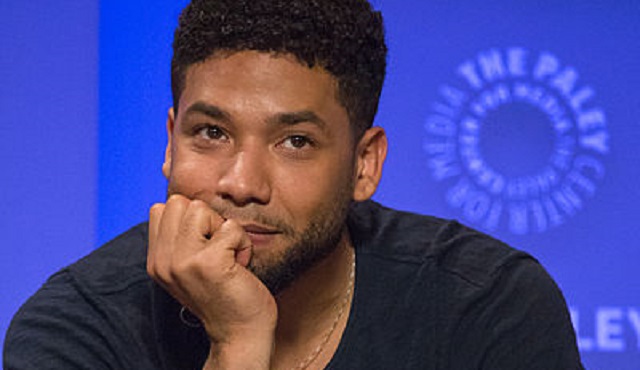 You’ll no doubt be shocked to learn Jussie Smollett’s neighbors in Streeterville do not believe he was attacked by racist rednecks in the dead of winter who put a noose around his neck and beat him while proclaiming their liberal city is “MAGA country.”

CHICAGO — Nearly two weeks after “Empire” star Jussie Smollett claimed he was the victim of a racist, homophobic attack, cops have yet to identify any suspects — and some people in his tony Chicago neighborhood are growing skeptical.

“I don’t believe it happened the way he said it did,” said Agin Muhammad, who lives in the same swank high-rise near the Navy Pier as Smollett.

“I’ve been in this neighborhood five years. I don’t believe it, not around here . . . Half the people are gay and the other half are black.”

That’s MAGA country for you, folks!

A patron at Lizzie McNeill’s Irish Pub, about a block from the scene of the alleged Jan. 29 incident, said Smollett’s story “doesn’t really make sense.”

“It’s a lie, because Chicago is the most liberal city around,” said the man, who wouldn’t give his name. “They have cameras everywhere. . . Why can’t they find the attack?”

Just a thought: maybe they can’t find it because it never happened?

Supposedly, he returned to his apartment after the attack with the noose still around his neck and his subway sandwich still in hand.

"A Chicago police official who has viewed the tapes said there is video of Smollett entering the apartment building after the alleged attack with what appears to be a noose around his neck…" https://t.co/6iZpJZgVqe

This story should inspire Subway to create a 100% baloney sandwich in his honor. https://t.co/OU3jLCkAnV

His manager also claimed he heard the event occur but then he and Smollett allegedly refused to give police access to their phones.

Source with knowledge of #JussieSmollett investigation says that Smollett’s manager, Brandon Moore, has REFUSED to let police examine his phone. Moore is the key witness who said he could hear the attackers over the phone.

Regardless, police have reportedly subpoenaed their phone records.

Police said last week “if the investigation does reveal [Smollett] made a false report he will be held accountable,” according to Fox 32 Chicago reporter Rafer Weigel.

#ChicagoPolice Supt Eddie Johnson says #JussieSmollett is still being treated as the victim in this case but if the investigation does reveal he made a false report he will be held accountable.

We’ll have to wait and see how this turns out.