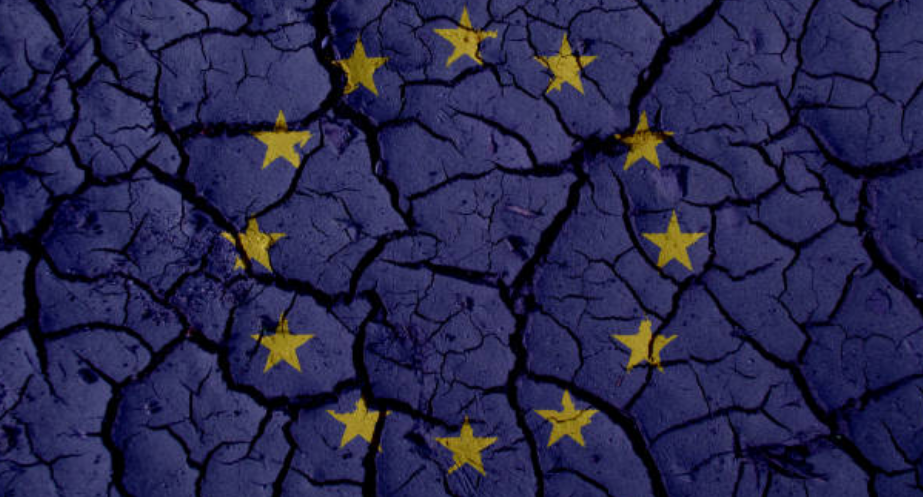 What happens when politicians see that their monster stimuli have not delivered? They bring the next rabbit out of a hat. They need a new name and a new magic solution to make citizens believe in the magic of demand-side policies despite the constant failure of those same plans.

A huge stimulus in 2008 in a “growth and employment plan”. A stimulus of 1.5% of GDP to create “millions of jobs in infrastructure, civil works, interconnections, and strategic sectors”. 4.5 million jobs were destroyed and the deficit nearly doubled. That was after the crisis because between 2001 and 2008, money supply in the Eurozone doubled. The Eurozone has been a chain of stimuli since day one.

The so-called “Juncker Plan” or  “Investment Plan for Europe” hailed as the “solution” to the European Union lack of growth was the same. It raised 360 billion euros, many for white elephants.  Eurozone growth estimates were slashed, productivity growth stalled and industrial production fell in December 2018 to three-year low levels.

The Eurozone’s massive “green” policy plan has made the European Union countries suffer electricity and natural gas bills for households that are more than double those of the US, and unemployment is still twice that of the United States, while growth stagnates. In 2016 household electricity prices averaged 26.6 c/kWh in the Euro area and 12.7 c/kWh in the US.

Let us start debunking some myths about this last rabbit out of the interventionists’ hat.

No, It Is Not a New Deal, and It Should Not Be​

When FDR launched the New Deal the size of government, public spending and debt were nowhere close to today’s elevated levels.

At the height of the New Deal, federal spending never went above the 1934 level of 10.7%.  Even considering the extraordinary cost of the Second World War period, public sending went from a maximum of 43.6% down to 11.6% by 1948.

Not just that. The public sector had very little debt, a maximum of 45% of GDP.  Compare that with an already unsustainable annual deficit that does not fall below half a trillion dollars, and debt to GDP of close to 100%.

In an insightful study titled “New Deal Policies and the Persistence of the Great Depression: A General Equilibrium Analysis”, two economics professors from UCLA, Harold L Cole and vice chair of the Economics Department Lee Ohanian determined that the anti-competition and supposedly pro-employment policies of the New Deal destroyed the possibilities for economic recovery. The two economists concluded that if these policies had not been enacted the depression would have ended in 1936 instead of 1943.
In the 1930s, the unemployment rate never fell below 15%. Five years after starting his “New Deal”, Roosevelt’s economic policies had caused one in five active Americans to be without a job. In 1937 there were 6 million unemployed and by 1938 that figure was 10 million people. In the end, it was the Second World War that “ended “unemployment. How? By forcibly recruiting 20% of the active population to work in the war industry, and by spending the equivalent of 42% of GDP on the entire effort. One significant problem was that during those years inflation which rose to almost 20% and even with 1% unemployment there was rationing of basic consumer goods. The US truly emerged from the depression when, at the end of the war, it abruptly cut taxes by one-third and began paying off the debt.

This may begin to sound familiar to you. The New Deal was yet another example of promising freedom and delivering repression.

It Is Not “Green”

The US is already the second top market for renewable investment according to EY.

Renewable and green investments are already flourishing without the need for politicians to interfere. In fact,  the US is investing more than $40 billion per annum in renewables, and if we add infrastructure and energy efficiency, the US is still the top global destination of productive investment in green energy, technology, and infrastructure.

The US has been able to reduce CO2 emissions while the European Union with the largest subsidy plans and high tax on CO2 increased them.  The US has achieved more in developing renewables, technology and energy efficiency without massive tax and bill increases. There is nothing “green” on a central planner’s decision to inflate GDP via public spending. it is the opposite. It artificially increases energy and capital utilization to create false demand signals that end up being bubbles that hurt the economy and make it less dynamic.

There is no need for a Green New Deal. We are already living a  period of rising government spending, too high deficits, and debt. Innovation and technology disruption are reducing the energy intensity of GDP faster than any government can ever decide.

Why? Because politicians and governments do not have more or better information about the needs of the economy, consumers or about the pace of innovation and technology implementation. In fact, governments havce every incentive to inflate GDP at any cost, pass the bill to consumers and the debt to taxpayers.

Governments of any colour or ideology do not benefit from technology innovation, energy efficiency, and substitution. Why? Because those are disinflationary factors and the short-term effect is always of creative destruction of obsolete industries… Those that they aim to preserve at any cost. If governments truly cared about the climate and environment they would shut down the most polluting industries, which are all state-owned or government concessions.

There is only one way in which governments benefit from massive stimuli: Inflating GDP building massive construction projects. Increasing inflation by artificially pumping more capital spending and energy use. That is and has never been green, innovative or disruptive. Just plain old interventionism.

This will not be the first or last time that we question the merits of enormous government plans. As we have shown on so many occasions, huge spending on white elephants is partially responsible for global stagnation and excessive debt. Huge pharaonic works that promise billions of dollars of growth, jobs, and benefits that, subsequently, are not achieved, leaving a trail of debt and massive operating costs.

Proponents of the mega-stimulus plans ignore the importance of real economic returns in favor of “inflating GDP” in any possible way. A study by Deepak Lal , UCLA professor of international development, discusses the devastating impact on potential growth and debt of stimulus plans in China, and Edward Glaeser’s ” If You Build ” analysis destroys the myth repeated by many of the multiplier effects of public infrastructure. Advocates of infrastructure spending at any cost ignore the most basic cost-benefit analysis, underestimating the cost and magnifying the estimated benefit through science-fiction-multipliers.

Professors Ansar and Flyvbjerg have also devoted a great deal of effort to analyzing the negative effect of large “stimulus” plans from hydraulic megaprojects to the organization of the Olympic Games.

Deepak Lal’s study citing Professors Ansar and Flyvbjerg shows that the actual cost-benefit analysis compared to the “estimated returns” when projects are approved, proves to be disastrous. Fifty-five percent of the analyzed projects generated a profit-to-cost ratio of less than one, that is, they created real losses. But, of the rest, only six projects of those analyzed showed positive returns. The rest, nothing. The economy does not grow more, it makes the economy weaker.

The only Green New Deal that works is governments stepping aside and letting the private sector deliver the technology and innovation required. It is already happening.

Of course, there are infrastructure, technology and green economy investments that make sense. They are being implemented as you read this article. The rest is just plain old white elephants for the glory of politicians… with your money.

And no, this time will not be different.

Daniel Lacalle has a PhD in Economics and is author of Escape from the Central Bank Trap, Life In The Financial Markets and The Energy World Is Flat.