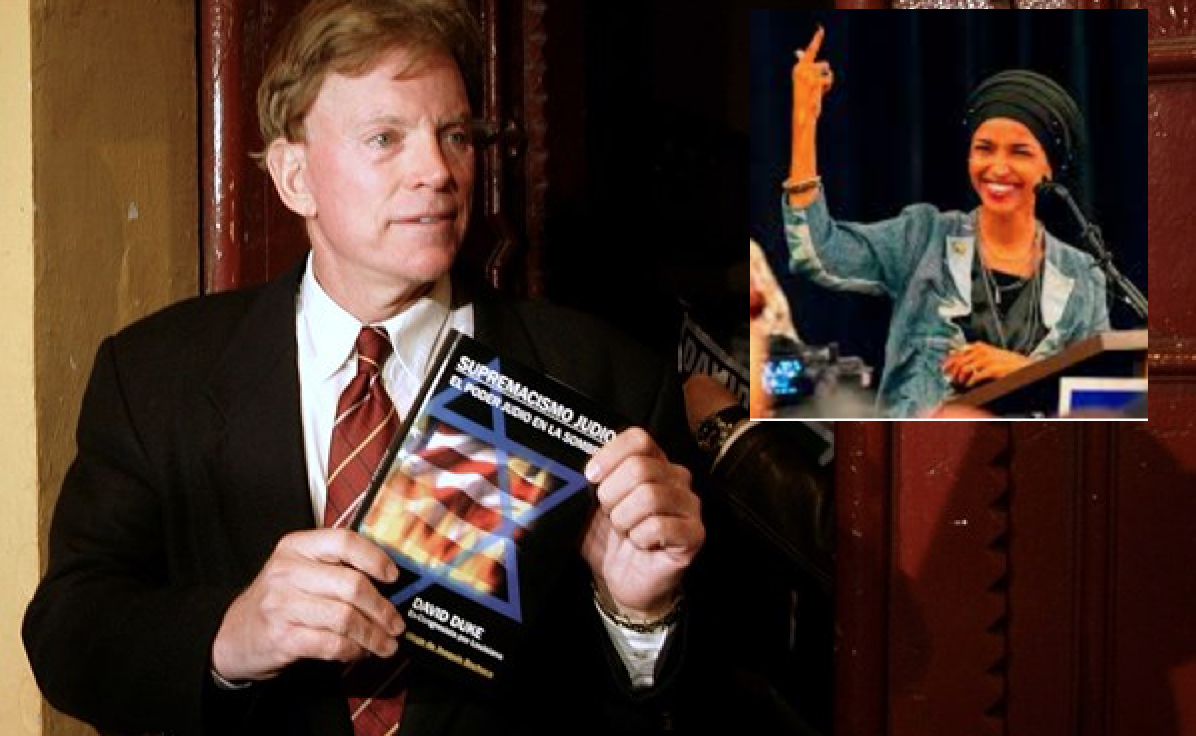 The latest scandal came on the heels of another controversy sparked after she told Yahoo! News that she found the idea of Israeli democracy laughable, and compared the Jewish state to the Iranian regime.

In the past, Omar has come under criticism for accusing Israel of ‘hypnotizing’ the world in a 2012 tweet.

Omar later apologized, saying her comment was “unfortunate and offensive” and admitting it relied on an “anti-Semitic trope.”

Omar offered an apology, while at the same time maintaining that AIPAC and other high-profile lobby groups have a “problematic role” in politics, comparing the pro-Israel group to the National Rifle Association and the oil industry lobby.

On Tuesday, President Donald Trump denounced Omar, calling her apology “lame” and urging her to resign from Congress.
ADVERTISING

“What she said is so deep-seated in her heart that her lame apology, and that’s what it was, it was lame and she didn’t mean a word of it, was just not appropriate. I think she should resign from Congress.”

A former member of the Louisiana House of Representatives and perennial candidate for statewide office in Louisiana, Duke has endorsed race-based segregation and is author of the 2003 book “Jewish Supremacism”.

Duke tweeted his support for Omar on Monday, denying Omar’s accusations that AIPAC bribes American lawmakers were in anyway anti-Semitic.

“So, let us get this straight. It is ‘Anti-Semitism’ to point out that the most powerful political moneybags in American politics are Zionists who put another nation’s interest (israel’s) over that of America ??????”

Duke later lamented Omar’s apology, tweeting “I’m not surprised but it’s a pity, those tweets exposing the influence of AIPAC where her only positive achievements.”

Following President Trump’s condemnation of Omar, Duke excoriated the president, accusing him of promoting an “Israel first” agenda, and the conversion of Trump’s daughter, Invanka, to Judaism and her marriage to a Jewish man.

“Trump! What R U doing? An elected person resign because they expose Israeli Bribing of Congress? -in Senate: Schumer, Feinstein, Blumenthal -In House Schiff and Nadler. Fake media NYTimes, CNN, ABC, CBS, NBC ALL Zionists! They HATE YOU! They want you crucified ! Don’t be Stupid!”

“Trump! One reason we voted for you is that you dared to tell the Zionist political controllers you didn’t want their money. Now of course, they are crucifying you! How in the hell can you say that Rep. Omar should resign for saying essentially the same thing you said? Man UP!”

“Israel has hypnotized the world, may God awaken the people and help them see the evil doings of Israel,” Duke added, drawing from Omar’s controversial November 2012 tweet.

Duke also called on the president to force Israel to pay for the border wall with Mexico.

“Hundreds of billions of taxpayer dollars have gone to Israel. We spent trillions in wars for israel. Every major jewish organization lobbies to send US money to Israel that builds a giant wall – BUT OPPOSE A WALL FOR AMERICA. I say: build a wall and MAKE ISRAEL PAY FOR IT!”

On Wednesday, Duke posted a picture of Ivanka Trump and Chelsea Clinton alluding to the fact that both are married to Jews, a fact he described as “collusion”.

“’We both married into the trick, now we can always use it…’ He warned about this type of collusion.”

Despite his initial backing for Omar, and his criticism of President Trump’s call for her to resign, Duke blasted Breitbart News after it published a story entitled “Former KKK Grand Wizard David Duke Backs Democrat Ilhan Omar”.