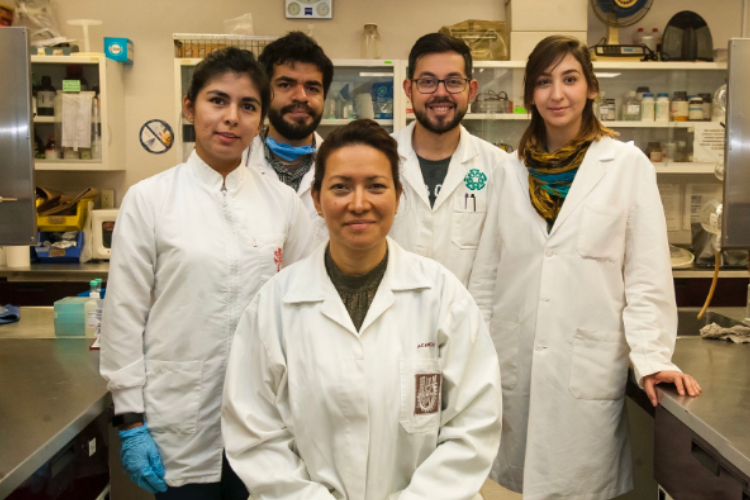 A team of researchers from Mexico’s National Polytechnic Institute (IPN)  led by Eva Ramon Gallegos report they’ve found a cure for HPV. HPV is the human papillomavirus, a leading cause of cancer.

The team completely eradicated HPV in 29 patients using a technique called photodynamic therapy.  The non-invasive treatment uses a drug called a photosensitizer or photosensitizing agent, alongside a wavelength of light that is used to treat the areas of the body that are affected by HPV.

There is a complete lack of side effects, a 100% success rate, and the possibility that the same treatment may be able to stop other precancerous conditions or even treat early stage breast cancer.

And it will probably never be approved here in the United States.

With those numbers, is it any surprise that the following grim statistics keep rising?

Terrifyingly, almost one in two people will get the dreaded disease, and the numbers are only getting worse.  Here are some quick stats for background:

This is a fairly recent increase.  A hundred years ago, the number was far different.  At that time, 1 in 33 people was stricken with the disease. And despite billions of dollars being spent to find “the cure”, the World Health Organization predicts that deaths from cancer will DOUBLE by the year 2030.

It’s being normalized.  The news is full of photos of babies who are missing an eye, of beautiful bald children who have lost their hair to chemo, and of people who have had to have body parts removed in order to survive a few more years.  But cancer is NOT normal. It isn’t something that “just happens”.  Researchers know the things that cause cancer.  Government protection agencies do too, but they do nothing to limit these toxins in the marketplace.

Because, cancer is big business and those who are profiting have great financial interest in seeing the deadly trend continue to increase. (source)

With that burgeoning customer base, a cure – particularly an inexpensive and early one – just isn’t good business.

This video gives a great explanation of why the cure those Mexican scientists discovered will never be approved here in the US.

So…curing stuff isn’t a sustainable business model? And they even admit it. Welcome to America.

Oh – and the HPV vaccine?

Another reason the cure for HPV will never reach the United States is the highly profitable, potentially deadly HPV vaccine, also known as Gardasil, being forced on our young people.

If you’re paying out of pocket, vaccinating a teen with Gardasil will cost you $570. Merck is making billions a year from it and the number is set to increase. A guy in China became an instant billionairepushing the HPV vax there.

The problem is, Gardasil has not been proven to prevent anything.

Millions of children are being injected with an HPV vaccine associated with major side effects to possibly prevent 4,000 deaths annually 30 years from now… with no concrete evidence (or even substantial testing) that it can or will save lives.

Even the FDA acknowledges the long-term benefits of vaccinations rest on assumptions and not solid research data. The death rate attributed to cervical cancer according to the World Health Organization (WHO) is 1.7 per 100,000 in the United States. (source)

And not only is it unproven, but there is also some evidence Gardasil can actually increase the risk of cervical cancer by up to 44%.

“Gardasil will become the greatest medical scandal of all times because at some point in time, the evidence will add up to prove that this vaccine, technical and scientific feat that it may be, has absolutely no effect on cervical cancer and that all the very many adverse effects which destroy lives and even kill, serve no other purpose than to generate profit for the manufacturers.”  (source)

Death is a very real “side effect” of the HPV vaccine according to many studies, including the one I’m citing below from the Pharmaceutical Regulatory Affairs website.

Our study suggests that HPV vaccines containing HPV-16L1 antigens pose an inherent risk for triggering potentially fatal autoimmune vasculopathies. Practice implications: Cerebral vasculitis is a serious disease which typically results in fatal outcomes when undiagnosed and left untreated. The fact that many of the symptoms reported to vaccine safety surveillance databases following HPV vaccination are indicative of cerebral vasculitis, but are unrecognized as such (i.e., intense persistent migraines, syncope, seizures, tremors and tingling, myalgia, locomotor abnormalities, psychotic symptoms, and cognitive deficits), is a serious concern in light of the present findings. It thus appears that in some cases vaccination may be the triggering factor of fatal autoimmune/neurological events. Physicians should be aware of this association. (source)

This isn’t “anti-vax.” This is common sense. Why would anyone allow the injection something so unproven into their children?

Back to the amazing research done in Mexico…

Professor Gallegos and her team, consisting mostly of women scientists, had studied the therapeutic method for about two decades in hopes to find approaches to prevent or roll back precancerous abnormalities and tumors including melanoma and the early stages of breast cancer…

…The team’s accomplishment is being hailed as a major breakthrough, especially because of the complete lack of any known side effects or damage to those who have undergone the therapy.

What’s remarkable about this research is that this therapy doesn’t have any collateral damage to the human body, meaning it has no side effects.

“Unlike other treatments, it only eliminates damaged cells and does not affect healthy structures. Therefore, it has great potential to decrease the death rate from cervical cancer,”Gallegos explained to Cuba’s Radio Guama.

Prior to the treatment, patients underwent a colposcopy, pap smear, hybrid capture test, polymerase chain reaction and a biopsy to diagnose any premalignant lesions or HPV infections. (source)

How terribly unprofitable for Big Pharma.

There’s an unholy triad of Big Pharma, Big Agri, and Big Business.  They are getting rich off of poisoning Americans through the manufacture of toxic elements that we are exposed to on a daily basis.

The statistics support that the cumulative build-up of all these different toxins in the human body eventually results in cancer in many people.

The drugs alone can cost over $100,000 per year, and that is on top of exorbitant costs for radiation, chemotherapy, and physician’s bills. In the United States, cancer is the #1 most expensive “per person” illness to treat. (source)

The EPA and the FDA back all this nonsense up, too, giving people a false sense of security, both about the toxins to which they are exposed and the medical treatment they will receive. These government agencies aren’t there to protect us. They’re there to provide a veneer of respectability to giant corporations who are only in it for the money.

Why would those who profit want to prevent cancer when 95.5 BILLION DOLLARS PER YEAR is spent on treating it? There is a vested interest in this increase in illness and the people benefitting from it have no intention of reducing the cases of cancer.

The US is no longer the destination for a cure.

It used to be that people came to the United States for the best medical treatment in the world. Now, it seems that anyone who doesn’t want to be dosed with potentially deadly treatments that go on forever and ever has to head to Mexico for care. I personally know someone who was successfully treated for cancer in Mexico against the advice of his American medical doctor.

Don’t get me wrong – we have some incredibly talented doctors and researchers here and many of them are in it for the right reasons.

But when corporate interests control our access to medical care while exposing us to deadly toxins that make us NEED medical care, we have to expect for things to go horribly wrong.