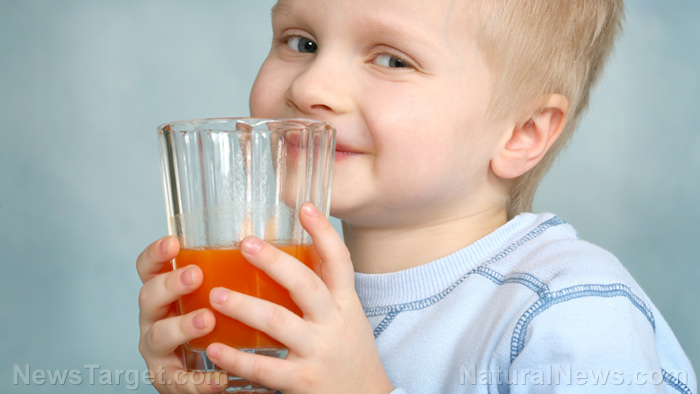 (Natural News) Many people think of orange juice as a health food because it comes from fruit. Although it’s undoubtedly better to eat the whole fruit from a nutritional standpoint, drinking orange juice certainly isn’t bad, right? The scary truth is that if you consume one of the many popular brands of orange juice recently found to be contaminated with glyphosate, you could be drinking poison and possibly putting yourself at a greater risk of developing cancer.

A nonprofit group known as Moms Across America recently sent some of the most popular orange juice brands in the U.S. to be tested for glyphosate, a known carcinogen. While many of the brands had lower levels of glyphosate than what they found in similar tests the year before – including Tropicana, Kirkland Signature, and Minute Maid – it was present nevertheless.

However, one brand in particular stood out: Florida’s Natural was the highest among all brands tested, with results that were nearly three times those seen in test results from a year prior that were provided to another organization, going from an effective glyphosate level of 5.11 ppb to 14.42. The brand is currently facing a lawsuit for misleading the public. According to the plaintiff, their claim that the product is natural is false because the juice contains glyphosate.

Why are orange growers still using this known carcinogen?

When you consider the fact that the World Health Organization’s International Agency for Research on Cancer classified glyphosate as a probable human carcinogen several years ago, it’s hard to believe that orange growers continue to use the chemical, knowing it will make its way into the juice that many families drink on a regular basis. Moms Across America has asked the companies involved to make changes to no avail, and now they are publicizing the results in hopes of drawing attention to the danger.

While some growers have stated that they need to use glyphosate herbicides to address a problem known as citrus greening, experts like crop consultant Frank Dean say that using the chemical actually contributes to citrus greening while reducing the quality of soil. This, in turn, means more water is needed and the produce has fewer nutrients.

Unfortunately, much of the information available about citrus greening is provided by the University of Florida – and they are funded by glyphosate weed killer maker Monsanto! The use of glyphosate is a big problem in Florida, with more than 3.5 million pounds per square mile of it being sprayed throughout the state between 2000 and 2012, according to the Environmental Working Group. As if that weren’t bad enough, the glyphosate herbicide AquaMaster was allowed to be sprayed directly into the Everglades and Lake Okeechobee. This has prompted some residents to call on the governor to ban its use statewide; cities like Miami and Stuart have already put bans in place.

An increasing number of people are learning about the dangers of the chemicals, despite the best efforts of Monsanto to keep it quiet. A landmark case recently saw a California jury award millions of dollars to a school groundkeeper who developed non-Hodgkin’s lymphoma after using Monsanto’s Roundup weed killer. The firm was found to be responsible for producing and selling the deadly substance. They are also facing countless similar lawsuits.

Parents need to be especially vigilant when it comes to Florida orange juice as children are particularly vulnerable to the dangers of glyphosate – and many of them tend to drink a lot of juice. Even very low levels of the chemical can cause problems like liver disease, endocrine disruption, and sex hormone changes. Kids lack the enzymes in their livers needed to break down these toxins, so there are essentially no safe levels for them.

If you or your children enjoy orange juice, consider growing your own oranges and making fresh juice. If you don’t live in the right climate for orange trees, be sure to buy organic varieties and juice them yourself. Bottled orange juice may be more convenient, but it’s not worth putting your family’s health at risk to save a few minutes of time in the morning.