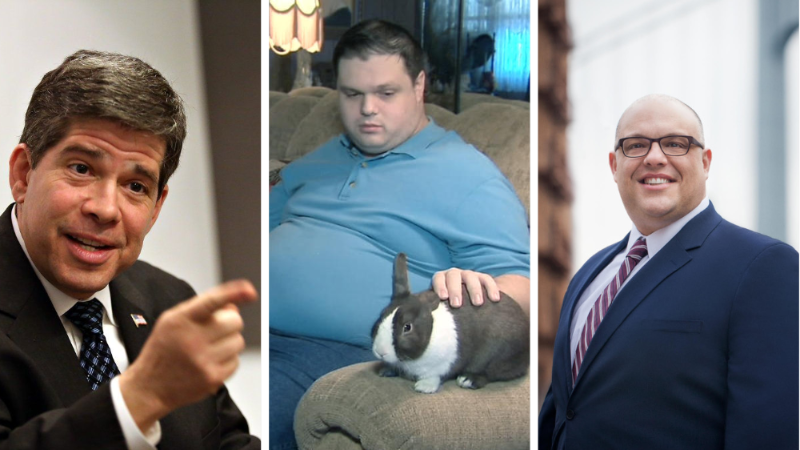 Two progressive New York City Council Democrats, one who is currently in office and another who recently departed office, are being accused of bullying and harassing an autistic staffer in a lawsuit that has been filed against one of the alleged offenders and the city.

Michael Bistreich is a former staffer of Vincent Gentile, who served on the NYC council representing the 43rd district from 2003-2017. According to an affidavit obtained exclusively by The Schpiel, he was routinely mocked, harassed, underpaid, told to drug himself, and otherwise exploited while employed in Gentile’s office. During one particularly cruel instance, Bistreich was locked in a basement as apart of some demented prank while Gentile’s chief-of-staff John Mancuso cackled about torturing the man.

“I immediately started to panic,” Bistreich added. “My hands started twitching and I did not know what to do. I was horrified to be stuck down there in the dark, but I was more upset that Mancuso, a senior staffer, could do this to me. I could hear Mancuso laughing with someone else on the staff.”

In addition, current NYC councilman Justin Lee Brannan – Gentile’s successor and his former Director of Communications and Legislative Affairs – also contributed to the bullying of Bistreich according to the affidavit. Brannan compared Bistreich to Avonte Oquendo, autistic Queens teen who died tragically after leaving school through an unlocked door. After “Avonte’s Law” was passed to create door alarm requirements and other rules to stop another tragedy from happening, Brannan made a callous remark that “maybe Mike should go test the doors” which was met with thunderous laughter from Gentile.

Brannan vehemently denies the allegations made against him by Bistreich and insinuates that a vast right-wing conspiracy must be behind the claims.

“These allegations are simply not true. As someone who supported Michael’s career in government and even helped get him the job with the council member, I feel betrayed and saddened by his comments,” said Brannan, who then went on to accuse Bistreich of being unable to think for himself or be in control of his own actions.

“Michael is clearly being used as a pawn by one of my political opponents to undercut my candidacy in the final days of the campaign. They should be ashamed of themselves for taking advantage of Michael for their own gain,” Brannan added, yet again showing his condescending nature to those with special needs.

The city acted with a similar dismissive attitude toward Bistreich and his claims, as an emerging pattern of sweeping Democratic corruption under the rug becomes apparent within the sewer of NYC politics.

“They came back saying I should just dismiss what happened to me as ‘petty slights’ and ‘trivial inconveniences.’ I find this an arrogant and disrespectful response. Basically telling me how to feel about how I was treated when I was treated that way purposely to harm me,” Bistreich said to PIX 11.

The city responded with some boilerplate damage control straight out of Public Relations 101.

“The language used in the city’s answer is drawn from court cases that establish the legal standard for asserting a defense under the city Human Rights Law and was not in any way intended to diminish the seriousness of the allegations,” a law department spokesman said to PIX11.

Yet again, individuals on the left are shown not to practice what they preach. Bistreich will have his day in court soon enough, and will be looking for some major justice after being on the receiving end of abominable Democratic thuggery.