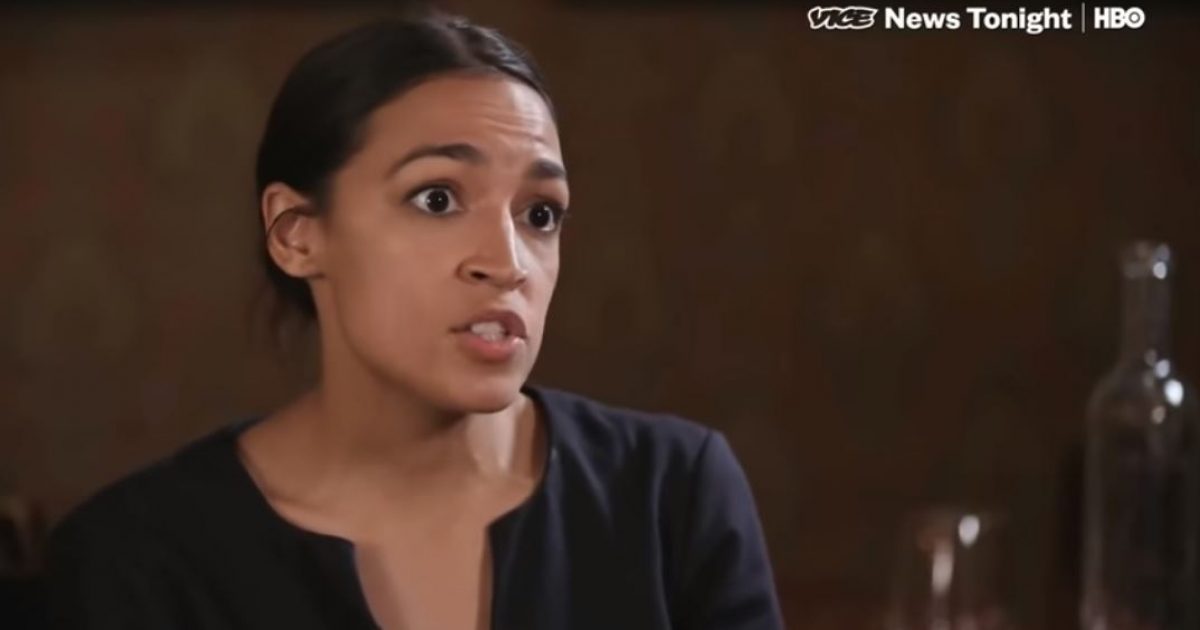 It seems that fascism and censorship is becoming all the rage in what this writer now calls the “Silicon Valley Axis of Evil,” the tech cabal now working tirelessly to silence any voice that falls to the right of center.  On Friday, Twitchy and others reported that the social media site suspended National Review contributor Luke Thompson for daring to observe that a boyfriend of newly-elected Democrat Socialist Alexandria Ocasio-Cortez has a house.gov email address.

He posted a screenshot of what he found and naturally figured he was on her staff, since he’s listed as being a staffer in the House of Representatives:

He also posted some background articles about the relationship between Ocasio-Cortez and Roberts:

He's the tall fellow with the beard in the back. You can read all about their romance in this Marie Claire puff piece. https://t.co/Q2CTWRtlGG pic.twitter.com/pAAORhgtYn

Except that Roberts isn’t a spouse and, Thompson said, the House doesn’t use Google.  He then engaged in the doubleplus ungood thought crime of asking pertinent questions:

He’s not your spouse. Is he being paid? At what level? It says “staff” not spouse or boyfriend.

Furthermore he doesn’t appear to be in any groups and the House doesn’t use Google. Are you giving him access to your official calendar? Why does he have his own email address?

I’d also like to know, if he’s not a government employee, in what capacity he’s doing government work. Are you having campaign volunteers handle duties in your official office?

After being targeted by both AOC and her chief of staff, Thompson responded with this:

“Could it because Twitter’s only real concern is protecting the precious?” Twitchy asked.  Good question.  It certainly looks that way.

Well, we already know that @Jack said that @Twitter couldn;t afford to be neutral any longer. Not that anybody at Twitter would be willing to confirm that AOC's office had something to do with it, but I'd love to know as well. Of course, she'll deny it.

Either AOC's rabid fans are abusing the system or the system itself is garbage and corrupt, because this is actually newsworthy and it beggars belief that it could be a suspension-worthy offense. https://t.co/QpG09w5rIK

So to recap, a member of the public asked @AOC why her boyfriend is listed as staff in a public document and Twitter locked him out for asking. Don't be impertinent to powerful public officials on Twitter, folks! https://t.co/uLcg6RhZJ9

Not necessarily powerful, but perhaps far-left powerful figures.  Something tells us if AOC were a conservative Republican Twitter would not have had an issue with the inquiry at all

It seems that someone at Twitter had a change of heart, since the suspension of Thompson’s account was lifted.

Call this an exercise in liberal privilege…  No doubt we’ll see much more of this type of Orwellian “enforcement” from Axis powers like Twitter.