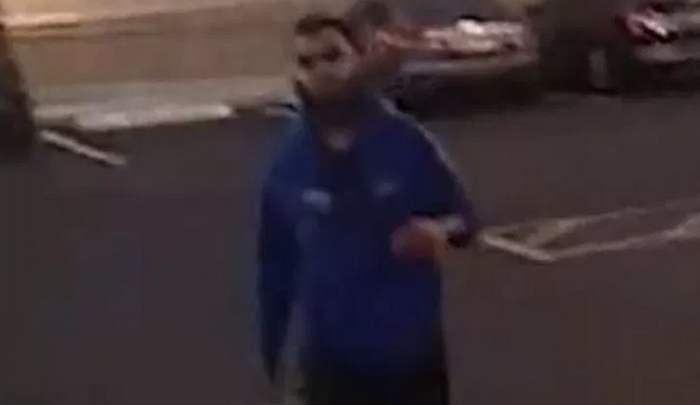 This is Obama’s legacy. Whether or not Ismail Hamed in particular entered the United States during his disastrous presidency, there is no doubt that Barack Hussein Obama oversaw the immense growth of the Muslim population in the U.S. Among those Muslim migrants there will inevitably be a certain number of Islamic jihadis. Watch for many more incidents like this one.

“TERROR STAND-OFF Knife-wielding ‘terror lone wolf’ who pledged allegiance to ISIS is shot as he charged at Arizona cop in bodycam vid,” by Jenny Awford, The Sun, February 16, 2019:

AN ISIS supporting teen who pledged allegiance to the terror group was shot by a cop after charging at the police officer with a knife.

Bodycam footage shows Ismail Hamed, 18, throwing rocks before brandishing a knife towards a cop outside a sheriff’s substation in Arizona.

He was trying to “promote terror” by harming the deputy in the lone wolf attack, according to investigators.

Before the attack, Hamed told a 911 operator that he pledged allegiance to the ISIS and wanted to meet face-to-face with an officer so he could “deal with them”.

“My name is Ismail Hamed,” he told an operator, according to one of the 911 call recordings.

“I live in Fountain Hills, and I’m owing my allegiance to the Islamic State of Iraq and Syria.

“I just want a cop to come real quick and I want to deal with them.

“I’d like to do something in protest for the people suffering in Palestine and in the Middle East.”
‘LONE WOLF’ ATTACK

When the sergeant asked for Hamed’s identification, Hamed started throwing rocks at the officer, prompting the sergeant to pull out his handgun and point it at the suspect.

Hamed then pulled out a knife and walked toward the sergeant despite the cop warning: “I will shoot you.”

The terror suspect ignored the sergeant’s warning to drop the knife….