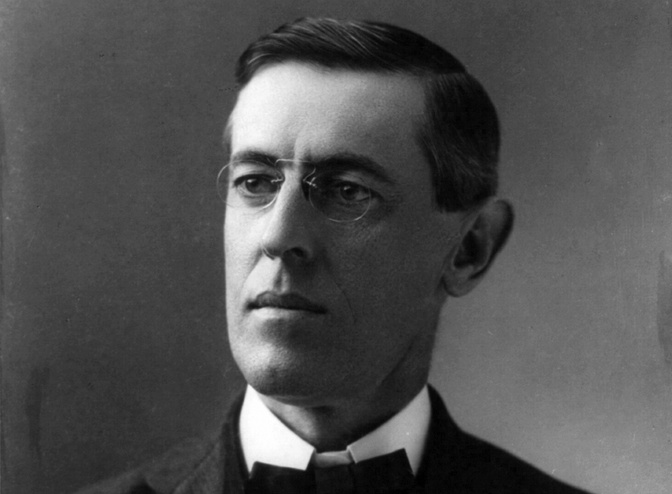 Presidents’ Day is just around the corner. Should we celebrate?

People who love liberty and live in a free society don’t bow down and worship politicians. We understand that politicians wield power, to be sure, but we also know they still put their pants on one leg at a time. As President Reagan once put it, “America is a nation that has a government, not the other way around.”

The best of America’s presidents worked to keep the peace and our liberties. They didn’t view the Constitution as public window-dressing while they undermined it inside the store. The worst ones expanded power in Washington, burdening future generations with dubious programs, bureaucracy, taxes, debt, and foreign adventurism. The truly good ones are few and far between.

So whoever it was who decided we should have a Presidents’ Day in February, I can assure you it wasn’t me. I’d prefer to celebrate an Entrepreneurs’ Day. Or an Inventors’ Day. Or, of course, Mother’s Day and Father’s Day. If I had my way, we’d have a Capital Day too.

America’s third president, Thomas Jefferson, regarded government employment with a healthy wariness. In a 1799 letter, he warned, “Whenever a man has cast a longing eye on offices, a rottenness begins in his conduct.” Twelve years later in another letter, he said, “I have never been able to conceive how any rational being could propose happiness to himself from the exercise of power over others.”

Presidents’ Day, fortunately, is still welcomed by most Americans more as a day off work than a day to glorify presidents—even Washington and Lincoln, whose birthdays were “consolidated” into the holiday in the first place. But there’s still too much presidential glorifying that goes on for my tastes. In the spirit of Jeffersonian skepticism, my way of noting the holiday this year is to offer five of the many bad things some bad presidents said.

Here you go, numbered but not ranked in any particular order:

What’s wrong with that, you ask? Nothing! In fact, it’s superbly accurate and insightful. What puts it onto my “worst” list is who uttered it—Woodrow Wilson, my candidate for Worst President. He said it in September 1912 in New York, just weeks before he was elected with less than 42 percent of the popular vote in a four-way race (against Taft, Roosevelt, and Debs). Given what this “progressive” Machiavellian did during his eight years in office, he either didn’t mean what he said or he didn’t care enough to ever live up to it. Cynical pandering to get votes and then delivering something different ought to be a political sin, but sadly, it’s often taken as a sign that the culprit has “grown in office.”

He locked up dissidents right and left after he signed the Sedition Act of 1918.

Wilson grew government like bacteria in a petri dish. He helped give us the income tax and then took the top marginal rate from 10 percent to more than 70 percent. He played a role in the creation of America’s inflation-and-depression factory known as the Federal Reserve. He regimented the economy with a maze of controls during World War I, which he put us into despite a promise to keep us out of it. He locked up dissidents right and left after he signed the Sedition Act of 1918, making it punishable by imprisonment of up to 20 years for a citizen to simply use “disloyal, profane, scurrilous or abusive language” to describe the federal government or his war policies. He was also a racist, segregationist, eugenicist, and philanderer.

If he ever believed a word from that passage on liberty, he never demonstrated in deed the slightest evidence of it. A wonderful quote sullied by a lousy pol.

If you’ve got a business, you didn’t build that. Somebody else made that happen.

Barack Obama not only said that, he meant it. It betrayed a deep-seated disdain for wealth-creating entrepreneurs that he enshrined in public policy. His administration piled on regulations often for the sake of it, not because they made economic sense. He was a state worshiper—a man who sought to put government in charge of just about everything no matter what the results were ever likely to be.

To Obama, government is an unqualified good, its mere presence a blessing to us all.

To Obama, government is an unqualified good, its mere presence a blessing to us all. It apparently never occurred to him to give wealth creators credit for overcoming all the growth-stifling bunk that government throws at them—including bad and expensive schools, dubious regulations and high taxes, and job-killing labor rules, for starters.

This quote was a horrific put-down of millions of honest, hard-working, risk-taking wealth creators—from a man whose dislike of business is likely fueled by envy, misinformation, and a lack of any business acumen of his own.

Another so-called “progressive,” Theodore Roosevelt, spoke those words in 1902. Plenty of other people have said something similar, often as a way of endorsing representative government over, say, a dictatorship. It may sound innocuous, but it’s actually insidious.

One of the first things I ever read by the late Austrian School economist Murray Rothbard was a convincing refutation of this collectivist canard. Rothbard argued that government is a collection of individuals who, by virtue of the monopoly of legal power they possess, exert influence and control over other people. Some people consent to it; others do not. But let’s not make the mistake of assuming that just because we can elect our politicians, everything they subsequently do is “voluntary” on our part or that we’re all doing it to each other.

In the mind of a power-thirsty politician, “the government is us” mentality is a license to justify all sorts of mischief.

If you were drafted by the government and sent to Vietnam, you probably didn’t think you were the one doing the sending.

If a Martian landed in your backyard and declared, “Take me to your government,” you wouldn’t reply, “Oh, well here I am. What can I do for you?” More likely, you’d send him to Capitol Hill or the White House.

In the mind of a power-thirsty politician, “the government is us” mentality is a license to justify all sorts of mischief. In the mind of an obsequious citizen, it’s an excuse to acquiesce to whatever that politician wants to do to him.

Children are our greatest natural resource.

There’s another high-sounding, popular, but dangerous expression. Herbert Hoover said it almost a century ago.

Yes, children are great. We’ve all been one (and some people still are). But if you use “ours” to speak of children, I hope you’re referring to yours, not mine or anybody else’s.

The point is that children are not collectively owned. They are created by parents, who lovingly exercise a guardian relationship over these new human beings until they are of age to be independent adults. And they are not a “natural resource” to be mined or exploited or pushed around.

The idea that children are an amorphous blob to be deployed for “the greater good” has been used to justify the most awful collectivist disasters.

This is not a quibble. The idea that children are an amorphous blob to be deployed for “the greater good” has been used to justify the most awful collectivist disasters, from Hitler’s Germany to Stalin’s Soviet Union.

I’m sure Herbert Hoover didn’t mean it that way when he said “Children are our greatest natural resource,” but it would have been nice if someone had shouted, “Stop right there, Mr. President! My child belongs to no one but me, and someday he will belong only to himself. That’s what freedom is all about. Please don’t think of my child as your natural resource.”

It depends upon what the meaning of the word “is” is.

This duplicitous statement was Bill Clinton’s way of rationalizing his denial of a relationship with intern Monica Lewinsky in the face of evidence to the contrary. In hindsight, it’s both a defining moment and a representation of his eight years in the White House. He earned the nickname “Slick Willy” for good reason. He constantly parsed words not to clarify but to deceive.

Politics and the truth are not joined at the hip, much as we might wish they were. More often, their relationship is casual and self-serving. It’s one of the reasons so many people complain about politics and politicians, even as they contradict themselves by supporting more power for them both.

Which presidents tried hard to tell the truth? I don’t think Bill Clinton was among them.

I don’t intend here to demean all presidents or the presidency. I’ve written about the good ones, including my personal favorite, Grover Cleveland. But all have been mere mortals, foibles and flaws and all. I just don’t want to put anybody on a pedestal they don’t deserve, or to give credence to the worship of politics.

I find it refreshing that when Jefferson gave instructions of what should be put on the obelisk marking his gravesite, he explicitly excluded any mention of the presidency. His inscription reads simply:

Author of the Declaration of American Independence

of the Statute of Virginia for religious freedom

& Father of the University of Virginia

Lawrence W. Reed is president of the Foundation for Economic Education and author of Real Heroes: Incredible True Stories of Courage, Character, and Conviction and Excuse Me, Professor: Challenging the Myths of Progressivism. Follow on Twitter and Like on Facebook.