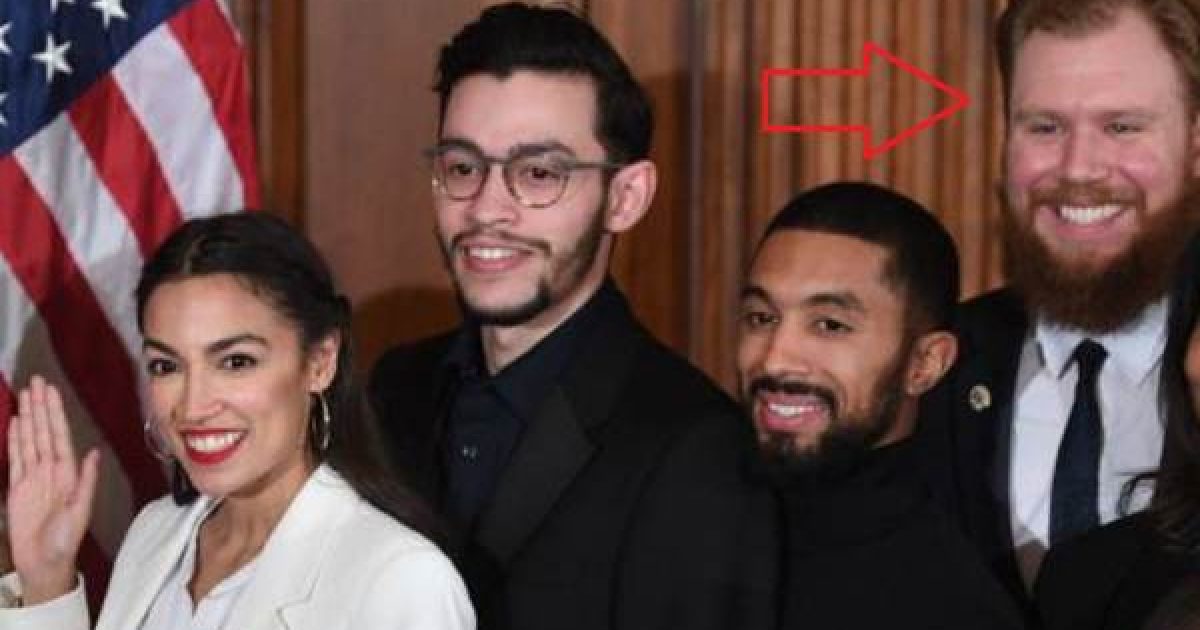 Once again, Twitter to the rescue to silence people who are demanding accountability for representatives.  The latest case involves writer Luke Thompson, who faced a temporary suspension for addressing the fact that Rep, Alexandria Ocasio-Cortez (D-NY) had listed her boyfriend as staff and Thompson simply wanted to know if he was on the payroll, and in doing so, he countered AOC’s blow off of his questioning by providing data that seems to indicate that he is paid, which according to Twitter, violated their rules against posting private information.

Thompson started off by informing people about what AOC had done concerning her boyfriend Riley Roberts, including providing him with a government email address.

“While you were having a nice Valentine’s Day, @AOC decided to put her boyfriend on staff – drawing a salary on the taxpayer’s dime. Nice to see her adapting to the swamp so quickly,” he said.

Now, this isn’t some super secret information and it’s obviously not private.

Still, AOC rebuffed Thompson by tweeting, “Actually this cal designation is a permission so he can have access to my Google Cal. Congressional spouses get Gcal access all the time.  Next time check your facts before you tweet nonsense.”

Except there’s one little problem, Roberts is not her spouse.  They aren’t married.

Of course, Thompson was targeted by the vultures at Twitter and temporarily suspended, even though the tweet remains posted.

Anyone see how they provided cover for AOC without actually removing the tweet?  Yep, I noticed it too.

Thompson didn’t let her off that easy and quickly started pointing out the facts for Ms. Clueless.

“He’s not your spouse. Is he being paid? At what level? It says “staff” not spouse or boyfriend,” he tweeted.  “Furthermore he doesn’t appear to be in any groups and the House doesn’t use Google. Are you giving him access to your official calendar? Why does he have his own email address?”

He also pointed out, “The House doesn’t use Google Calendar, and he’s in the staff directory as on her staff. She’s lying.”

It doesn't make sense. The House doesn't use Google Calendar, and he's in the staff directory as on her staff. She's lying. pic.twitter.com/DZrB5T8Fhh

Then the clencher, probably the thing that actually got him suspended.

Of course, Roberts immediately removed his LinkedIn account after Thompson pointed it out.

And it appears the “pretty little liar” is unwilling to address the facts presented to her that once again demonstrates she is so off the mental charts it’s unbelievable.  Right up there with House Speaker Nancy Pelosi.  They both live in an echo chamber.

One tweet actually asked some questions that should be asked.

.@AOC, is your boyfriend on the Congressional payroll?

What are his qualifications?

Were other applicants considered for the job?https://t.co/DW86RFhi9V

And yet another pointed out that the freshman might be engaging in more ethics violations.

Starting to look like a major ethics violation and you lied to cover it up. https://t.co/7QyMfm4y4b

This is what happens when you put the criminally minded in office.