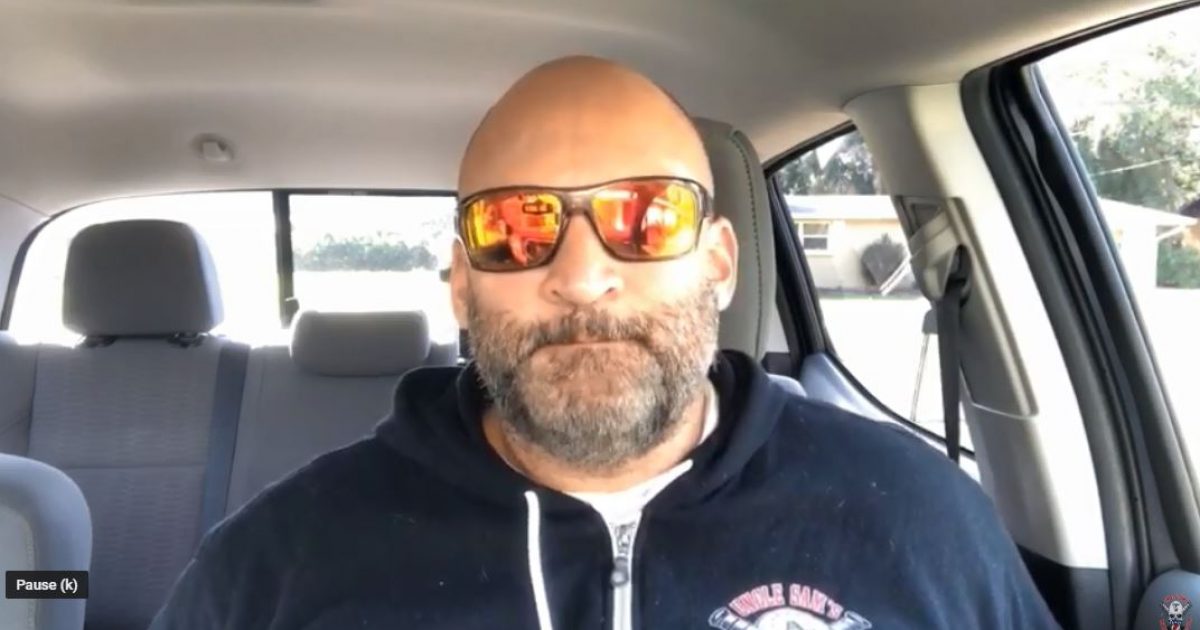 Today’s video of the day comes to us courtesy of Rick Ferran, the brains behind Uncle Sam’s Misguided Children, who issued a challenge to so-called leaders of the conservative patriot movement.  His challenge?  Will you take a stand and stop the socialist madness from continuing?

Here’s just a bit of what he had to say in his short video:

“Now we have Democrats like Pelosi boasting about taking away our second Amendment.  Aren’t they happy enough at slowly taking away our First Amendment rights? They want to take our right to bear arms. They are publicly threatening our President and our American citizenry with destroying our rights. They refuse to secure our sovereignty, they refuse to protect our citizens against human traffickers, rape, diseases, murderers, election & welfare benefit fraud,  against an invasion of savage MS13 criminals who pose a danger to our society and our children,  they refuse to stop the flow of drugs and guns into our country. They are criminals dressed in suits under the leadership of Nancy Pelosi.

“So I ask the question to all the so-called leaders of the conservative movement: will you keep talking, making memes, posting cool tweets on twitter or will you actually instill unity within all of our communities and rise up to the occasion? Will we stop this socialist madness from continuing, or will you continue to parade the false notion that we are winning until we have all been put in chains?

“Our Freedom of Speech is being taken away little by little so I ask all of you: reach out and grab hold of your courage, and truly help lead this nation in support of our ideals before is too late. May GOD continue to watch over this Republic and our People.

Ferran is right to be concerned.  When one considers the socialists now running the House of Representatives, the so-called media that is bending over backwards presenting false stories and narratives as “news” and efforts by big tech companies to stifle and silence conservative speech, it’s easy to see the overall agenda of the left.  And it’s not good.

Ferran’s challenge is valid and on-point.  So, conservative “leaders,” what say you?  Will you take this challenge seriously and push back, or will you cower in the corner and just take it?