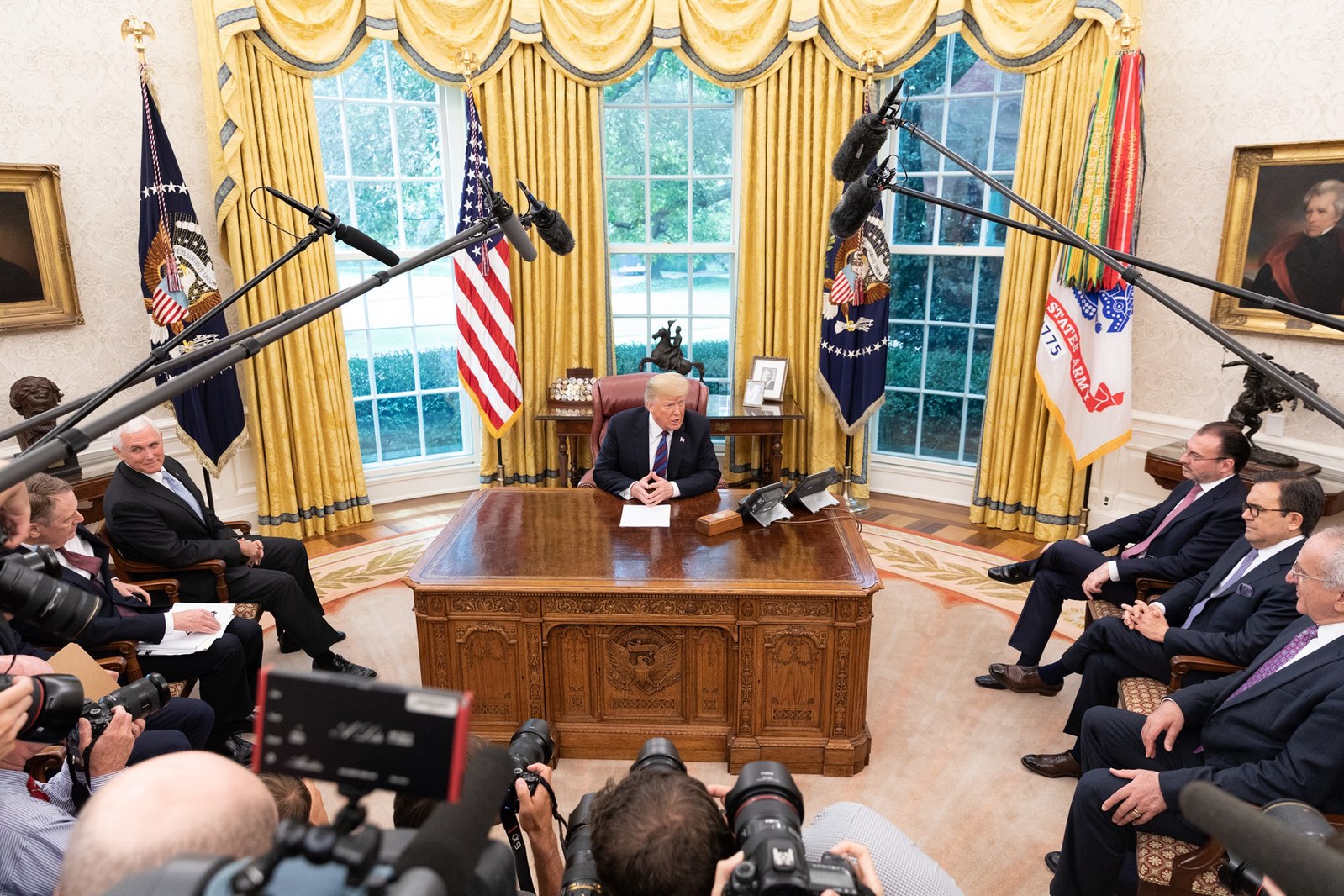 With President Trump, you should always expect the unexpected.  Just when you think that you have Trump all figured out, he will inevitably do something that completely surprises you, and this week there are three items in the news that are perfect examples of this.  Each of these three items is confusing the experts, because in each case Trump is moving in a new direction that seems counter to what he had done previously.

#1 President Trump has just launched a global campaign to legalize homosexuality in every nation on Earth.

Many are stunned that Trump has put the full power of the U.S. government behind an all-out effort to legalize homosexuality worldwide.  According to NBC News, this global campaign will be spearheaded by U.S. Ambassador Richard Grenell…

The Trump administration is launching a global campaign to end the criminalization of homosexuality in dozens of nations where it’s still illegal to be gay, U.S. officials tell NBC News, a bid aimed in part at denouncing Iran over its human rights record.

U.S. Ambassador to Germany Richard Grenell, the highest-profile openly gay person in the Trump administration, is leading the effort, which kicks off Tuesday evening in Berlin. The U.S. embassy is flying in LGBT activists from across Europe for a strategy dinner to plan to push for decriminalization in places that still outlaw homosexuality — mostly concentrated in the Middle East, Africa and the Caribbean.

And this could be just the beginning of big things for Grenell, because he is reportedly one of the top choices to become the next U.S. ambassador to the United Nations…

Grenell, known for his hawkish views on national security, is also currently under consideration to be Trump’s ambassador to the U.N., three U.S. officials tell NBC News, after Trump’s previous pick for the job, Heather Nauert, withdrew from consideration over the weekend. Grenell once served as spokesman for the U.S. ambassador to the U.N. when that role was inhabited by John Bolton, who is now Trump’s national security adviser.

Prior to this, most conservative Christians in America had assumed that Trump was on their side on these issues because of previous actions that he had taken…

But now Trump has made a major shift, and it will be very interesting to see how conservative Christians respond to this news.

#2 It is being reported that President Trump was rushing to transfer “highly sensitive U.S. nuclear technology to Saudi Arabia”.

Previously, it had been assumed that President Trump was against the spread of nuclear technology among the radical Islamic regimes of the Middle East.

But now we are finding out that there apparently has been a major push “to build nuclear power plants in Saudi Arabia”.  The following comes from Zero Hedge…

The House Oversight committee now chaired by Democrat Elijah Cummings issued an interim staff report after several whistleblowers came forward “to warn about efforts inside the White House to rush the transfer of highly sensitive U.S. nuclear technology to Saudi Arabia in potential violation of the Atomic Energy Act,” spearheaded by Jared Kushner, according to a press releaseby the House Oversight Committee.

The press release is in conjunction with the announcement of an investigation into the allegations.

The plan, which reportedly involved former White House National Security Adviser Michael Flynn, Kushner and Trump fundraiser Thomas Barrack, would see the development of “dozens of nuclear power plants” in a “Middle East Marshall Plan” through IP3 – a private US company which has “assembled a consortium of US companies to build nuclear plants in Saudi Arabia.“

#3 President Trump is accusing Cuba of having troops in Venezuela as he continues to pave the way for a potential war.

In 2016, many in the anti-war community voted for Trump because he promised to bring our troops home and he pledged that the U.S. would not be the police of the world.

But now in 2019 he is moving us dangerously close to a war with Venezuela.  For much more on how we got to this point, please see my previous article entitled “‘All Options Are Open’: Trump Threatens To Use The U.S. Military To Invade Venezuela”.

However, Trump is not just threatening Venezuela at this point.  Now he is accusing Cuba of having troops in the country, and he had some very strong words for them on Tuesday.  The following comes from Reuters…

Cuba denied on Tuesday it has security forces in Venezuela and charged the statements were part of an orchestrated campaign of lies paving the way for military intervention in the South American country.

U.S. President Donald Trump and members of the administration have charged that Cuba’s security forces and military control Venezuela’s and that troops are also on the ground there.

If the U.S. invades Venezuela, could it be possible that we will end up in a war with Cuba at the same time?

Such a notion seemed impossible just a few short years ago, but our relations with Cuba are the diplomatic equivalent of a dumpster fire in 2019.

And let us not forget that Russia also has troops in Venezuela.  An invasion of Venezuela could definitely spark a much wider war, and that is something that nobody should want to see.

We live in very troubled times, and I have a feeling that they are about to become much more troubled.  Our world is beginning to spiral out of control, and the decisions that Trump makes in the coming months will have monumental consequences for all of us.