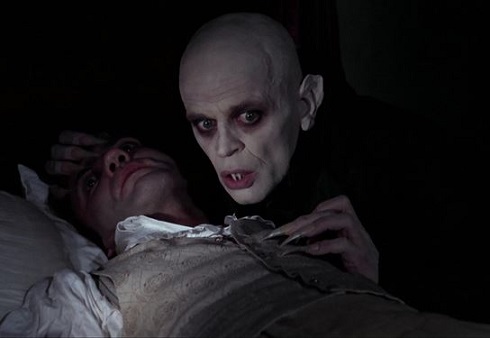 Last September, I reported on the new phenomenon of élite vampirism, wherein perfectly healthy but wealthy people get very expensive transfusions of blood plasma from young people for their alleged rejuvenating, life-extension effects.

Those wealthy elites get their blood transfusions from for-profit companies, such as Ambrosia Health, reportedly the first for-profit company selling transfusions of human plasma, allegedly harvested from young adults from local blood banks, under the guise of running a clinical trial. It takes multiple donors to make one package of blood plasma. The transfusions cost $8,000 for 1 liter, pumped in across two days; for 2 liters, the company charges $12,000.

PayPal co-founder Peter Thiel is one of these “elite vampires” who, according to Gawker, spends $40,000 every 3 months on blood transfusions from 18-year-olds.

Since the company’s beginning in 2017 in Monterey, California, Ambrosia had opened another branch in Houston, Texas. Run by Jesse Karmazin, a medical school graduate in his 30s without a license to practice medicine, the company’s so-called “clinical trials” are overseen by a licensed doctor, David Wright, who was disciplined in 2015 by the California Medical Board for giving his patients intravenous treatments of vitamins and antibiotics for “non traditional” purposes. A bioethicist from McGill University maintained that Ambrosia calls its business a “clinical trial” because they would be unable to get FDA approval to sell the blood plasma transfusions otherwise.

Now, the U.S. Food and Drug Administration (FDA) has finally weighed in.

Tuesday, the FDA issued an announcement cautioning consumers against receiving young blood-plasma transfusions. As a result, Ambrosia put a notice on its website that “In compliance with the FDA announcement issued February 19, 2019, we have ceased patient treatments.”

Below is the press announcement from FDA Commissioner Scott Gottlieb, M.D., and Director of FDA Center for Biologics Evaluation and Research Peter Marks, M.D. and Ph.D., February 19, 2019:

The FDA has recently become aware of reports of establishments in several states that are offering infusions of plasma from young donors to purportedly treat the effects of a variety of conditions. The conditions range from normal aging and memory loss to serious diseases like dementia, Parkinson’s disease, multiple sclerosis, Alzheimer’s disease, heart disease or post-traumatic stress disorder. We have significant public health concerns about the promotion and use of plasma for these purposes. There is no proven clinical benefit of infusion of plasma from young donors to cure, mitigate, treat, or prevent these conditions, and there are risks associated with the use of any plasma product.

Today, we’re alerting consumers and health care providers that treatments using plasma from young donors have not gone through the rigorous testing that the FDA normally requires in order to confirm the therapeutic benefit of a product and to ensure its safety. As a result, the reported uses of these products should not be assumed to be safe or effective. We strongly discourage consumers from pursing this therapy outside of clinical trials under appropriate institutional review board and regulatory oversight.

Plasma is the liquid portion of the blood. It contains proteins that help clot blood and can be used for the management of bleeding and clotting abnormalities. The benefits of plasma have long been recognized, especially in trauma settings or in patients whose blood is unable to clot due to medications or certain illnesses. The FDA-recognized Circular of Information for the Use of Human Blood and Blood Components, published by AABB, lists recognized indications for which the administration of plasma is safe and effective; these are included in the FDA’s safety communication. For those patients receiving a plasma product for a recognized use, the benefits of treatment have been determined by the agency to outweigh its risks. But even under such recognized uses, plasma administration is not without risks. The more common risks are allergic reactions and transfusion associated circulatory overload and less common risks include transfusion related acute lung injury or transfusion associated circulatory overload and infectious disease transmission.

Our concerns regarding treatments using plasma from young donors are heightened by the fact that there is no compelling clinical evidence on its efficacy, nor is there information on appropriate dosing for treatment of the conditions for which these products are being advertised. Plasma is not FDA-recognized or approved to treat conditions such as normal aging or memory loss, or other diseases like Alzheimer’s or Parkinson’s disease. Moreover, reports we’re seeing indicate that the dosing of these infusions can involve administration of large volumes of plasma that can be associated with significant risks including infectious, allergic, respiratory and cardiovascular risks, among others.

The administration of plasma for indications other than those recognized or approved by the FDA should be performed by a qualified investigator or sponsor who has an active Investigational New Drug (IND) application with the FDA. Clinical studies are performed under an IND to help ensure the safety of participants in the trials. When clinical trials are not conducted under an IND, it means that the FDA has not reviewed the experimental therapy to help make sure it is reasonably safe.

Simply put, we’re concerned that some patients are being preyed upon by unscrupulous actors touting treatments of plasma from young donors as cures and remedies. Such treatments have no proven clinical benefits for the uses for which these clinics are advertising them and are potentially harmful.There are reports of bad actors charging thousands of dollars for infusions that are unproven and not guided by evidence from adequate and well-controlled trials. The promotion of plasma for these unproven purposes could also discourage patients suffering from serious or intractable illnesses from receiving safe and effective treatments that may be available to them. We strongly urge individuals to consult their treating physicians prior to considering the use of such products for aging indications or for the treatment of conditions such as dementia, Parkinson’s disease, multiple sclerosis, Alzheimer’s disease, heart disease or post-traumatic stress disorder given the known and unknown risks associated with their use.