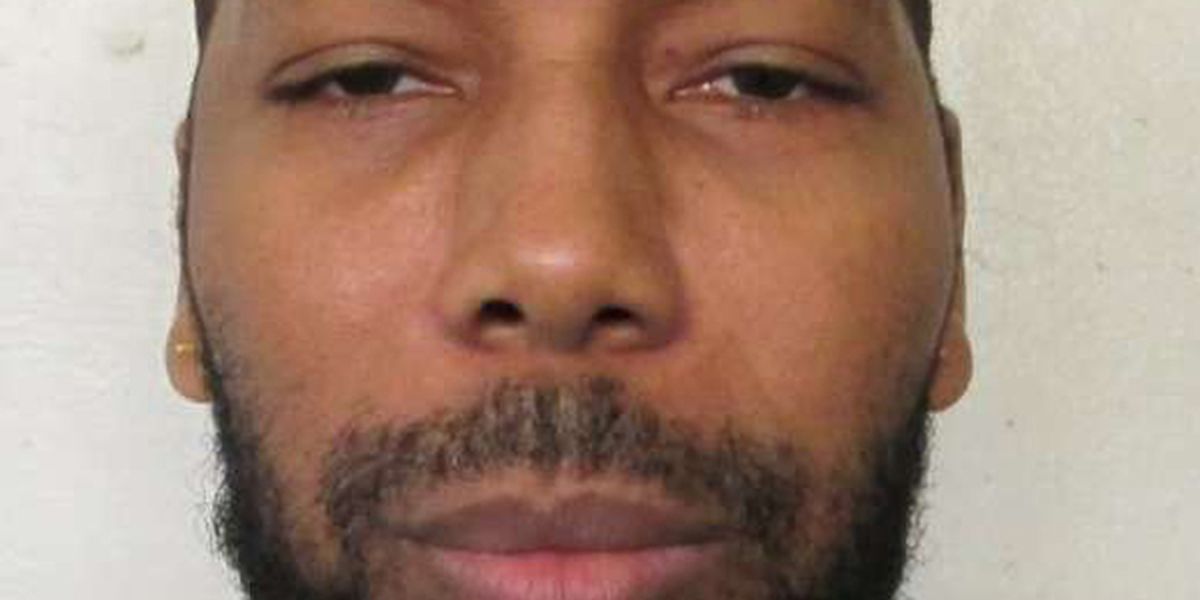 The road to the Supreme Court for the country’s newest Muslim martyr began with an Alabama tractor. It was a long way from County Road 62 in Alabama to One First Street, NE, in Washington, DC. And it all began in the summer of ’95 when a Selma mom gave her daughter $6 and never saw her again.

While the frantic mother tried to find out what happened to her daughter, Domineque Hakim Marcelle Ray promised to help. He offered to put up fliers for the missing 15-year-old girl and put out a reward. Hakim kept on checking with Tiffany’s mother to learn if any clues had turned up in her disappearance.

Hakim had a very good reason for his helpfulness.

On the evening of July 15, as her mother was getting ready to head home, Hakim and one of his friends picked up Tiffany Harville.

Hakim drove her out near Highway 41, and raped her while she pleaded, “God, God, help me. Please help me, God.”

When Tiffany threatened to tell her mother what he had done, he slashed her throat.

Hakim then made off with her purse and the $6 her mother gave her. Then, with her daughter’s blood on his hands, he showed up to tell her mother how much he cared and offered to put up fliers.

In August, a farmer was clearing land in a field in Dallas County and stumbled on Tiffany’s body. By then the teenager’s body was too badly decomposed to find out exactly how many times Hakim had stabbed her, but forensic examination showed that she had been stabbed a dozen times through the skull.

Defensive wounds showed that the 15-year-old girl had fought long and hard for her life. There wasn’t enough soft tissue left to show the marks on her flesh, but marks remained on her wrists and her bones.

Hakim had hacked her to death while she had fought desperately to survive.

It took two years to bring him to justice, but not before Hakim tried every trick in the book. Including accusing another man of the crime. In 1997, Hakim signed a statement, blaming another man and three other women for the attack. When his partner confessed, then eventually he did too.

A year before murdering Tiffany, Hakim had shot and killed Reinhard Mabins, a 13-year-old boy, and Ernest, his older brother. He was convicted of all three murders. The killing of the Mabins boys earned Hakim life in prison, while Tiffany’s rape and murder put the monster on Death Row.

As was typical, Hakim’s lawyers tried every trick to get him off the hook. His father hadn’t loved him, his mother was too busy to spend time with him and he hadn’t understood how serious the case was.

Finally, there was one last card to play. And Hakim’s lawyers took that card to the Supreme Court.

At the last minute, Hakim wanted his Imam with him in the death chamber. Yusef Maisonet, the imam of Masjid As Salaam, was not familiar with the safety protocols of the death penalty process, and was not allowed to be in the actual chamber.

The case went up to the courts, up to the Supreme Court, which turned Hakim down.

Instead Imam Maisonet met with Hakim before the monster was put down and taught him how to die like a good Muslim. Then he watched, along with the monster’s lawyers, from the viewing room as Hakim recited the Shahada, “la ilaha illallah muhammadur rasulullah”, declaring the supremacy of Allah and Mohammed, before the monster joined his prophet in wherever hell murderers and rapists go to.

And with those words, Hakim became America’s next great Muslim martyr.

“He knew of the important fact to have Allah on your tongue and heart to recite the shahada over and he died with his right index finger extended bearing witness that there is no god but Allah and Muhammad is His messenger,” Imam Maisonet posted on Facebook.

“Domineque Hakim Marcel Ray was executed by the State of Alabama & denied his request to have his imam present. His final request was to AT LEAST have a proper Muslim burial. We can help make that happen,” Linda Sarsour tweeted.

Hakim had buried Tiffany in a field, with no word to her mother where she could visit her daughter. GoFundMe, which has frequently deplatformed conservatives, had no problem with helping Imam Maisonet raise money to keep Hakim from “buried in the prison cemetery with no ritual or care or love.”

“In grief for Domineque, in anger at our cruel system of ‘justice,’” the GoFundMe missive by Jen Marlowe, a “human rights activist” concluded. There was no mention of Tiffany or grief for her.

Shortly thereafter, Sarsour crowed that the funding goal had been met. “Thank u 4 reminding me of the goodness left in this world.”

Linda Sarsour had repeatedly praised her prophet, Mohammed. Hakim had raped a 15-year-old girl. Mohammed had raped a 7-year-old, among many other girls and women. Hakim had killed three people. Mohammed had massacred thousands. This is what “goodness” looks like in Islam.

CAIR had campaigned extensively for Hakim. “It was a Muslim whose rights were tragically violated,” CAIR’s Alabama board chair complained.

Latino Muslims of Texas urged its members, “please consider giving to this worthy cause. The brother’s imam is our Latino Muslim brother, Imam Yusef Maisonet.”

The New York Times accused the Supreme Court of joining President Trump in sending a negative message to Muslims. The four leftist justices had, of course, dissented in favor of Hakim.

The pro-Hakim legal case rests heavily on the suitability of Imam Yusef Maisonet to operate within the security protocols of a death chamber. And few questions were asked about who he was.

Even though he runs a mosque in Alabama, Imam Maisonet’s Facebook page appears to list him as a resident of Cairo, Egypt. His Facebook page includes a call to free the Al Jazeera propogandists arrested in Egypt for their work in support of Muslim Brotherhood terror. Al Jazeera is the state propaganda network of Qatar and the Islamic terror state is a major backer of the Muslim Brotherhood.

Imam Maisonet also reposted a quote in support of Islamism by Necmettin Erkaban.

Erkaban was a racist Turkish Islamist leader with links to the Muslim Brotherhood who had called for the Islamization of Turkey and then the entire planet. He was considered an inspiration by Islamist terrorist figures and was notorious for spewing rabid hatred toward Jews and other non-Muslims.

Imam Maisonet had also posted a statement by Sheikh Salih al Fawzan urging Muslims to take on government positions in non-Muslim countries in order to Islamize them. “If there is a country that needs change (correction/fixing), and a chance to guide the people (to Islam, to that which is correct etc) enter into working with the country’s government.”

The Sheikh is best known for endorsing the enslavement of non-Muslims. “Slavery is a part of Islam. Slavery is part of jihad, and jihad will remain as long there is Islam.”

And any Muslim who disagrees, “is an infidel.”

All of these should raise serious questions about Imam Maisonet. The pro-Hakim media has insisted that the question is purely a matter of religious freedom. But Alabama has argued that it’s a security issue.

Meanwhile, as money pours in for Hakim, Tiffany Harville and the Mabins boys have been forgotten. There are no impassioned tributes to the two African-American boys murdered by Hakim.

If you go out to Pineview Memory Gardens, you can find the grave of Reinhard Dwayne Mabins, a thirteen-year-old African-American boy, and his brother, Ernest Elijah Lee Jr.

While Muslims and leftists teamed up to send their Muslim killer off in style, it is unknown who paid for that one grave for two boys in Selma.

And Tiffany, who cried “God, God, help me. Please help me, God”, as Hakim was raping her, has had her prayer eclipsed in the media by her rapist’s chant of the supremacy of Allah and Mohammed.